Aloo potala rasa is a spicy curry prepared with potatoes and pointed gourd. It is one of the popular curries from the state of Odisha. Continue reading or jump to recipe or Pin it for later 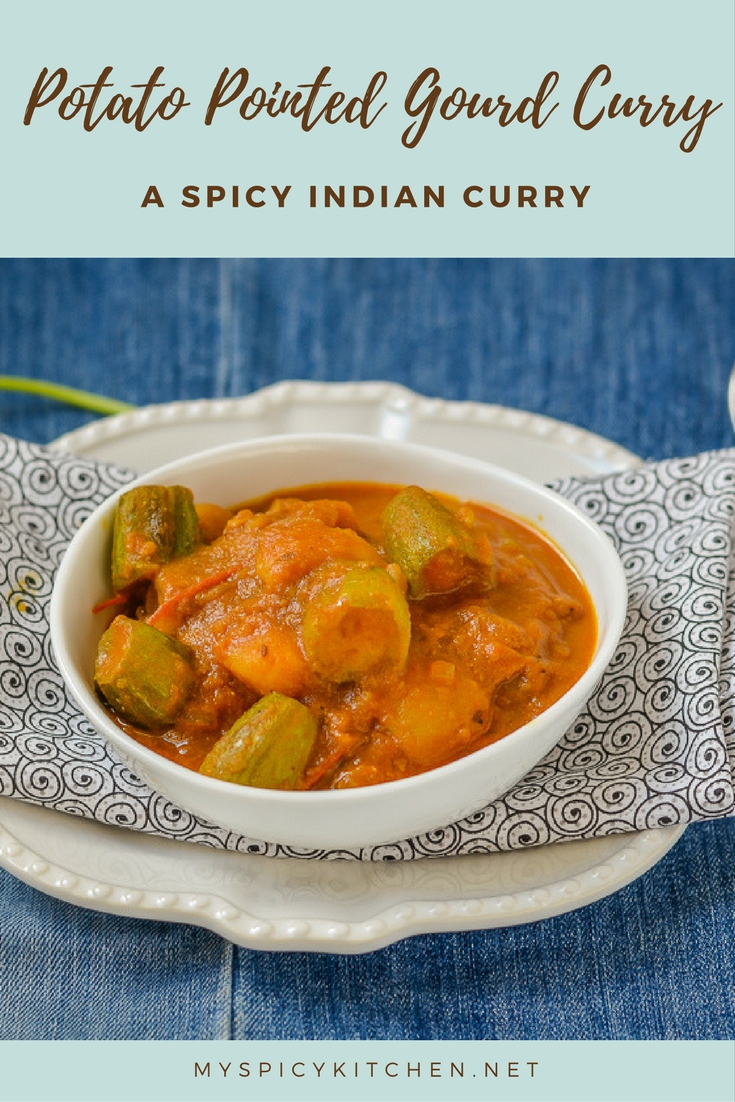 After four days in the northeast, we travel to the east, to another historical and cultural state, Odisha, formerly known as Orissa. The state borders West Bengal, Jharkhand, Chhattisgarh, Andhra Pradesh and Bay of Bengal on the east. The state in ancient times was the kingdom of Kalinga and Cuttack was the capital for centuries until Bhubaneswar was made the new capital in 1948.

Odisha is known for its rich culture and numerous ancient temples. Well known temples are the Lingaraja Temple at Bhubaneswar, Puri Jagannath Temple and the Konark Sun Temple. Oriya is the dialect spoken in the state. 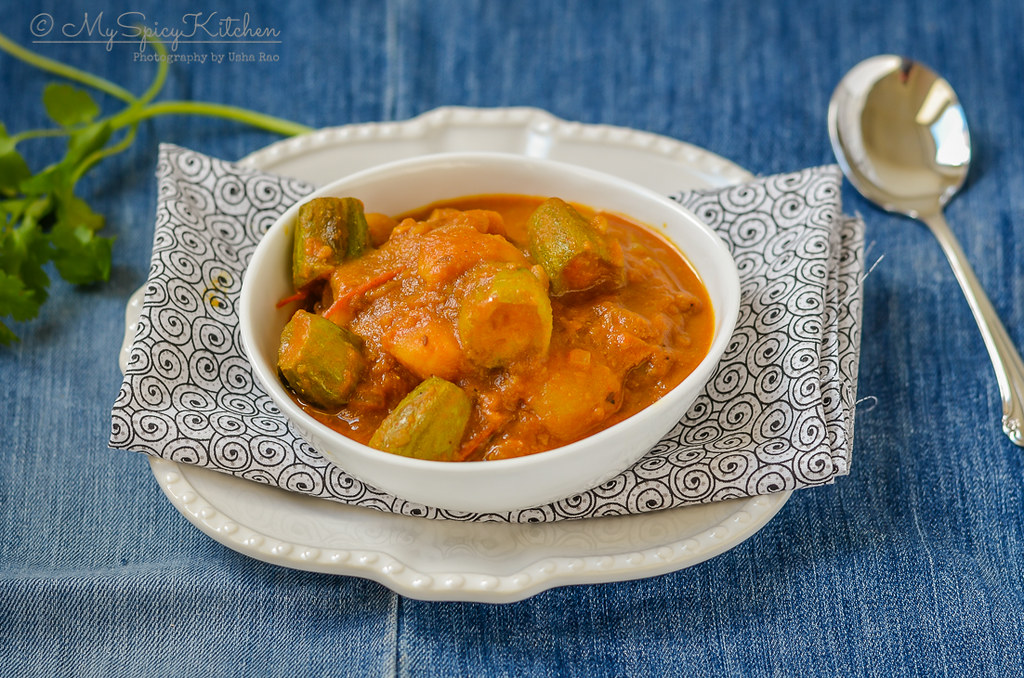 Oriya cuisine is predominately seafood based. Fish, shrimp and crab are very popular. Chicken and mutton are consumed but occasionally. Cuisine also has some vegetarian delicacies despite seafoods popularity. Only 6% of the Odisha population is vegetarian.

Mustard oil is used for cooking and chenna / paneer / Indian cottage cheese is a very common ingredient in many preparations, mostly in sweets. Panch phutana is a spice mix of cumin, mustard, fennel, fenugreek and kalonji (nigella). Vegetables and dals are tempered with panch phutana and garam masala for non-vegetarian curries. Oriya cuisine is lot similar to Bengali cuisine and some dishes are common in both the states. Very popular rasgulla originated in Odisha. Some of the dishes from this cuisine are Anna, Kanika, Dalma, Khata, Dahi Machha, Machha Jhola, Pitha, Chennapoda, Rasabali.

Today’s recipe is aloo potala rasa. Potala is pointed gourd, known as parwal in north India. A variation of this curry, without onion garlic is offered to god at Puri Jaganath Temple. Fish was my first preference for this state and was debating between machha jhola and dahi machha (yogurt fish). When I came across aloo potala rasa, I finalized the dish as it is a new vegetable for me. I bookmarked two recipes for aloo potala rasa and was contemplating on which recipe to follow as I wanted an authentic recipe. I hence asked an Oriya friend M to assist me. One of the recipes is similar to hers. She also suggest some variations to the recipe. I went ahead with the recipe that is similar to her's. Parwal or potala looks like ivy gourd but is little harder than ivy gourd. However, when cooked it was quite flavorful.