Broiled shrimp boil foil packets are an alternative to traditional summer shrimp boil. Instead of boiling shrimp in a large pot, shrimp is divided into individual serving size, wrapped in a foil and is broiled in the oven or cooked on a grill. Here I broiled it in the oven. 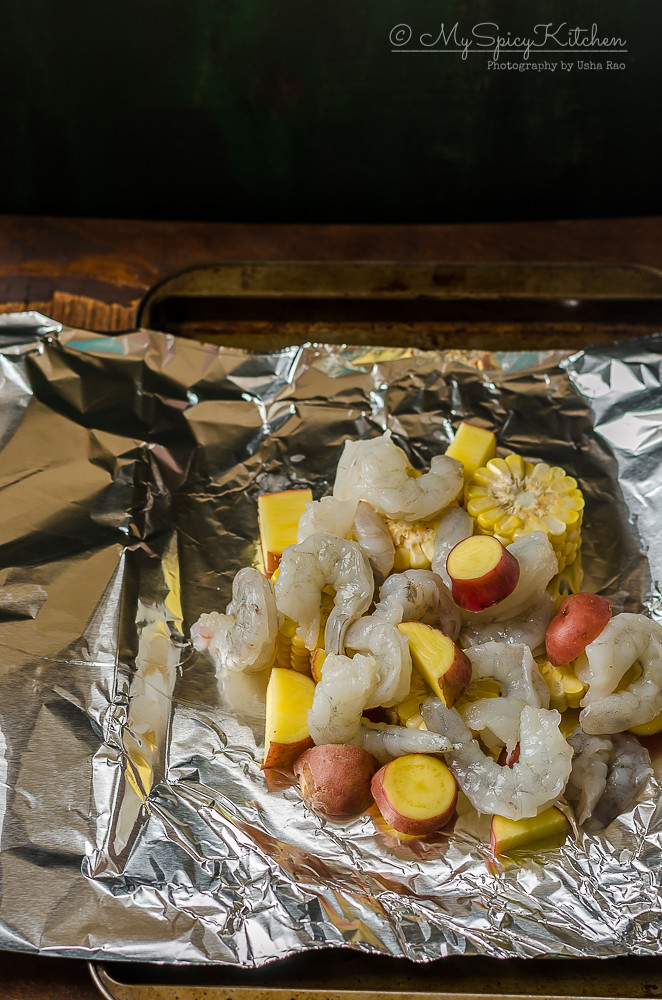 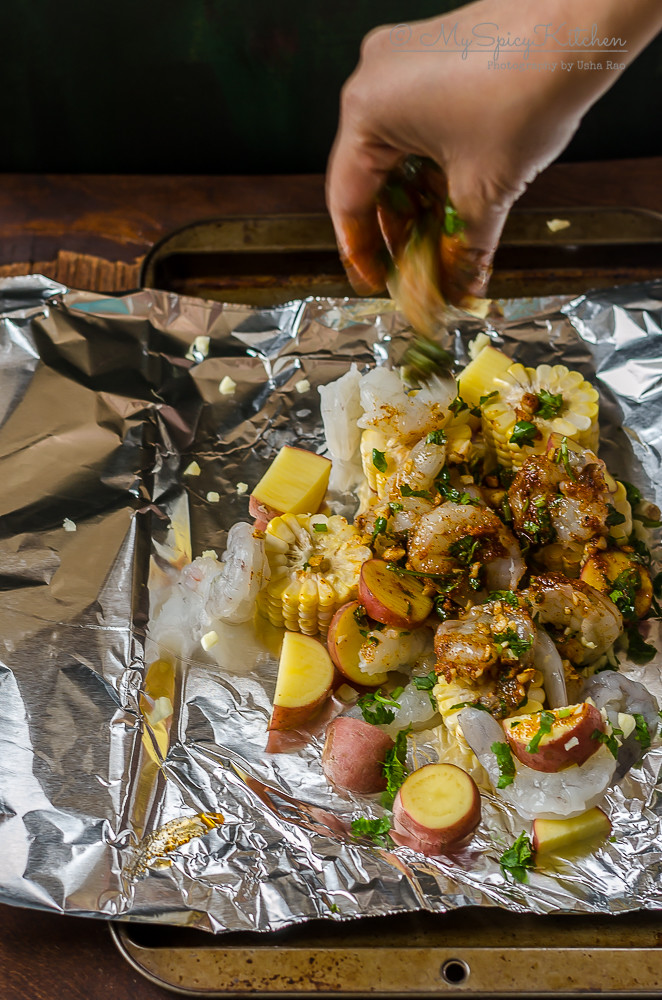 Shrimp boil foil packets are great for summer picnics, barbecue parties and even for casual meal at home. I made it for myself one evening, took photos and kept it aside to eat later. Though I made the dish early to take pictures, that day by the time I finished cooking, it became dark. If you look closely at the pictures, you can see the difference in ingredient shots and the final dish. 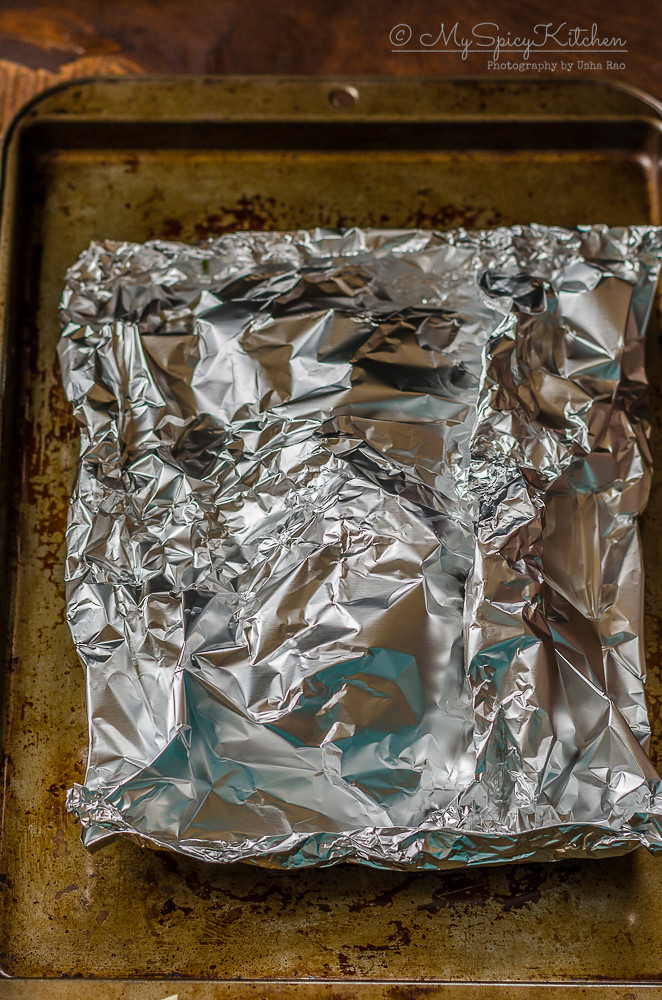 Anyway, after taking pictures, I kept aside the meal to eat for dinner. I told Mr. U I as going to make boil shrimp and he wasn’t interested. That day he came home and saw this shrimp and tasted some. He liked it a lot and ate half the shrimp! I don’t blame him though. Shrimp was juicy and succulent, well seasoned and tasted amazing, specially with the released juices. 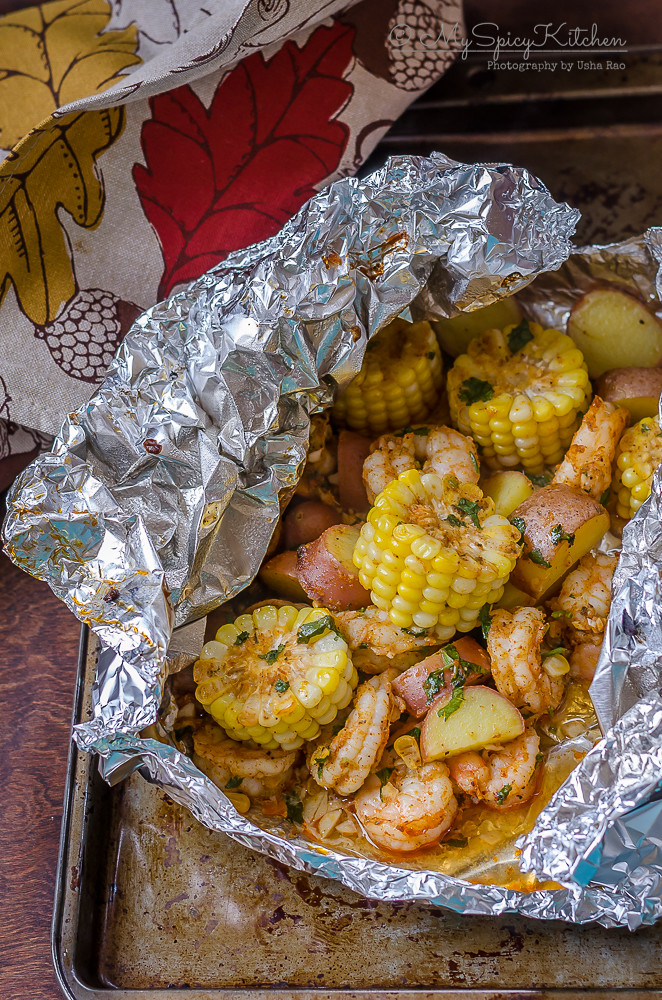 This day in 2009:Vegetable Dum Biryani
This is day in 2015: Besitos de Coco ~ Venezuelan Coconut Cookies