Himachal Pradesh is located in the Western Himalayas and is a beautiful scenic state. Most of the population lives in the rural areas and the capital city Shimla is well urbanized. It borders Jammu Kashmir in the north, Punjab on the west & south west, Haryana and Uttarakhand on the south east, and Tibet Autonomous Region on the east. It was nice to know that this state is ranked second in least corrupt states of India. Apple farming produces maximum income. 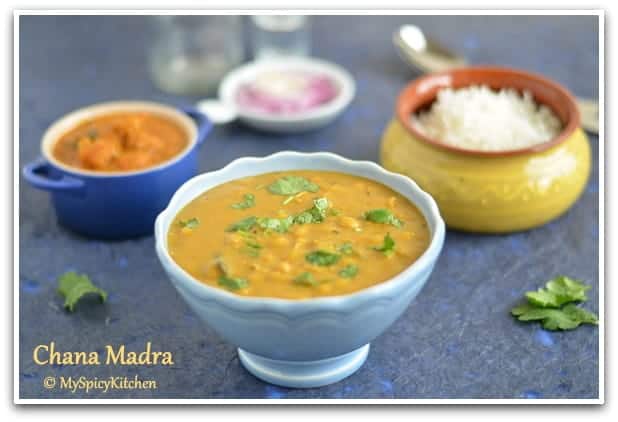 Food of the state is a lot similar to rest of the north Indian states which includes lentils, vegetables and breads. There are many valleys in the state and food eaten by the people living in the valley is called pahari food, pahar means mountain. Food from the region are madra, maahni, saag, siddu, khatti dal, patandea.
Siddu is similar to karijalu~karanji~gujjia~empanadas, patandea is a type of pancake and madra is a yogurt based gravy made with legumes. 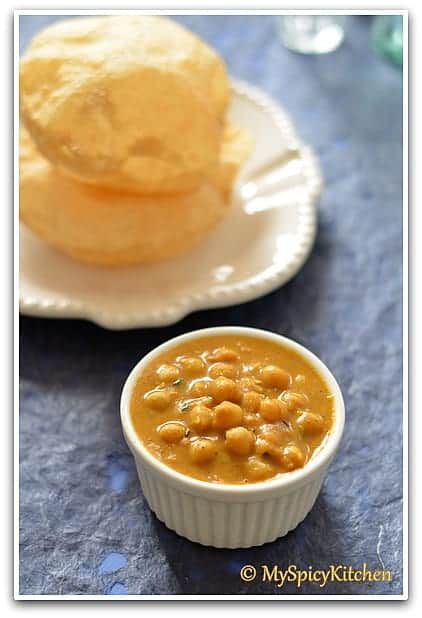 Channa Madra is a thick yogurt based curry from the Pahari region of Himachal Pradesh. Cooked chickpeas are cooked in yogurt to make this gravy. Recipe called for raisins but I did not use. The spice level of the gravy was mild and the first day I served it with rice. The second day, I added some chili powder, garam masala, water and simmered it for few minutes. I served it with poori. This is an onion and garlic free recipe. 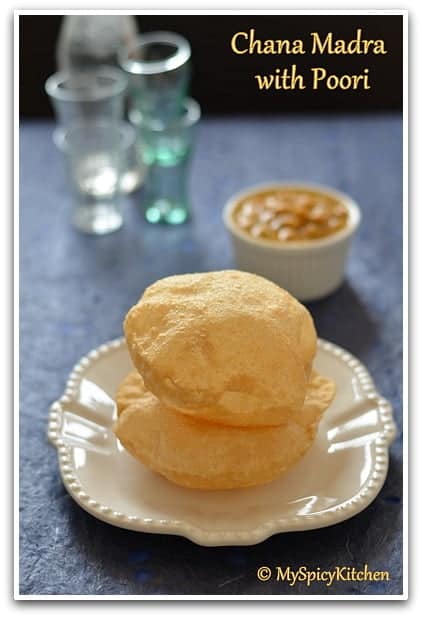 Events: Chana Madra is on its way to Cooking With Seeds: Chickpeas, an event started by Priya and hosted by Nalini and to Avika's My Legume Love Affair # 70, an event stated by The Well Season Cook and managed by Lisa's Kitchen.