Today’s recipe is from a cookbook “Spaghetti, America’s favorite pasta”. This book has 'n' number of ways spaghetti can be cooked and various ways it can be served. One such way is to serve it is as a salad; cooked spaghetti tossed with flavored oil. Garlic, chili flakes and curry powder are roasted in hot oil and poured over spaghetti. This salad is mildly spiced, flavorful and a filling lunch. This was our lunch today and both of us liked it. 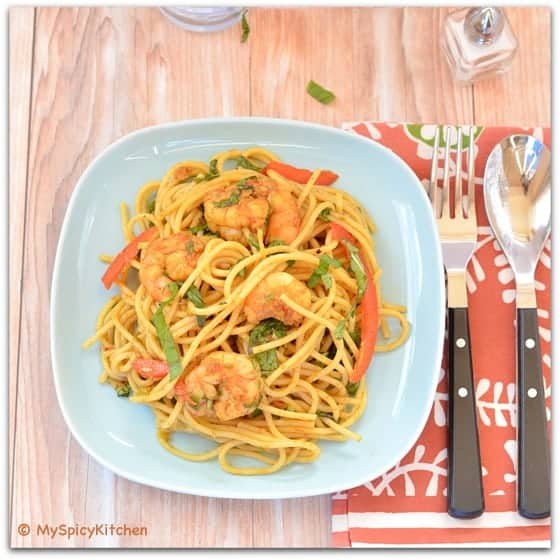 I followed the recipe with few changes. I substituted oyster sauce with soya sauce and used twice the quantity of shrimp. Both of us like shrimp, hence used double the quantity than called for in the recipe. Store bought cooked shrimp is used for the salad but I marinated raw shrimp with spices, sauteed in some oil and added it to the salad. If one is like my husband who is not very fond of pasta / spaghetti with sauces, this salad is perfect way to serve spaghetti. Last year when I made the spaghetti with lemon sauce, husband liked it a lot and was hoping he would like this as well, and he did. Here is another picture of the salad on white background. 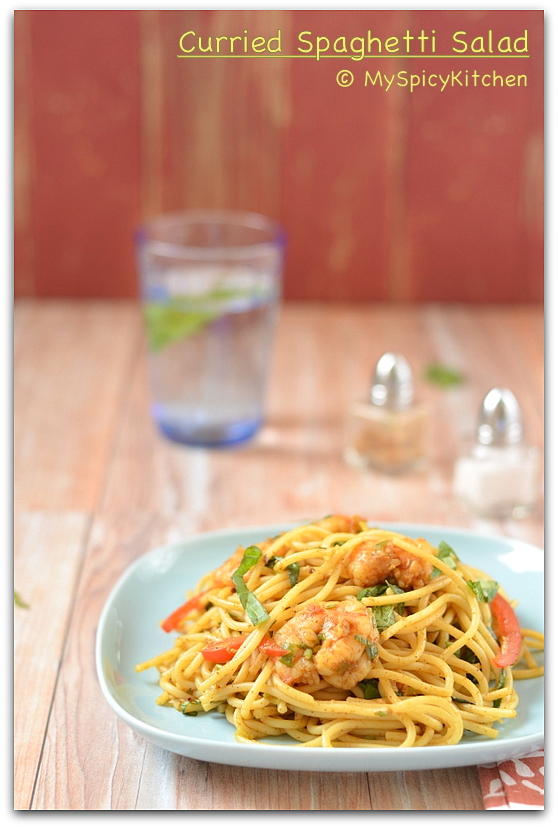 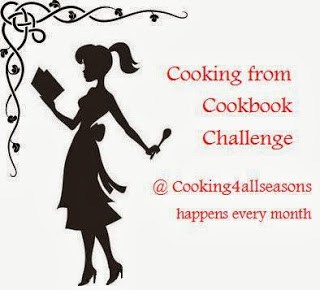