Letter ‘F’ was one of the tough letters in this A-Z challenge, Journey Through the Telangana Cuisine. I could not think of any regional food that starts with ‘F’. As I mentioned in my first post, there are a couple of extra clauses to the theme when dealing with such tough letters. One of them is to use an English name of the dish, as long as the dish and method of cooking is regional. However, when this clause was added to the rules, I don’t think Valli thought I would use it so soon for letter ‘F’ 🙂 Had I not narrowed my theme to only Telangana Telugu cuisine, I could have done either Firni or Falooda from Hyderabadi cuisine. 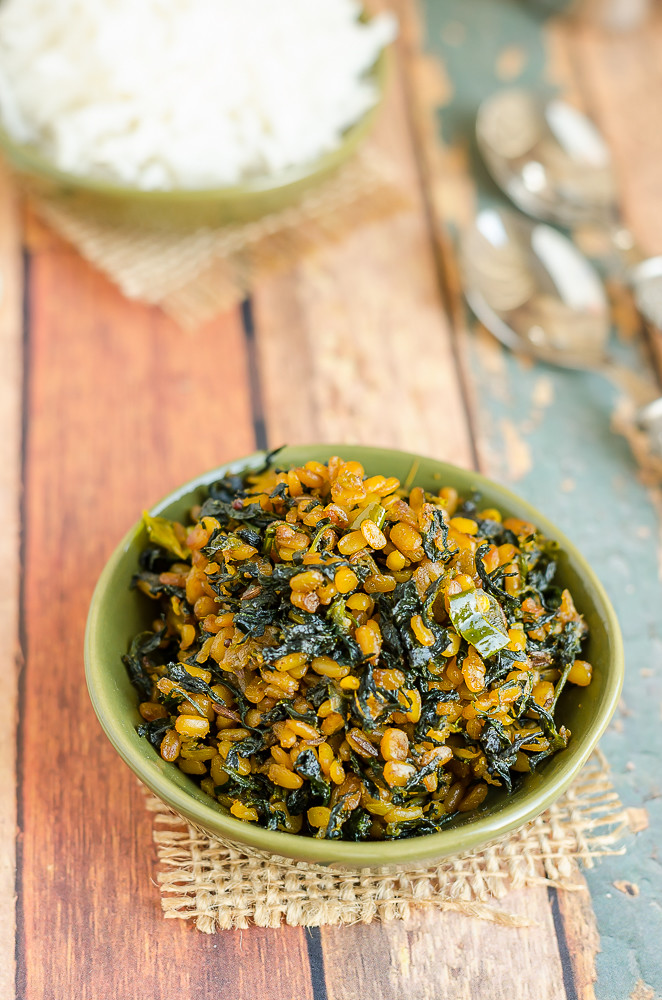 I will be referring to Hyderabadi cuisine a lot in coming posts. Hyderabad is the joint capital of Telangana and Andhra Pradesh. This cuisine dates back to Qutb Shahi dynasty who ruled the kingdom of Golkonda and later was also the cuisine of Nawabs of Hyderabad who ruled the princely state of Hyderabad. Hyderabadi cuisine is an amalgamation of Mughlai and Arabic cuisines, and is also influenced by native Telugu and Marathi cuisines. Telangana was part of both the kingdom of Golkonda and the princely state of Hyderabad. Some of the dishes from this cuisine are common preparations in kitchens of Telangana. One such preparation is dalcha which I considered doing for letter ‘D’. This was a common preparation when I was growing up and only later realized it is the influence of Hyderabad cuisine. There are many more such dishes that have become part of Telangana cuisine. 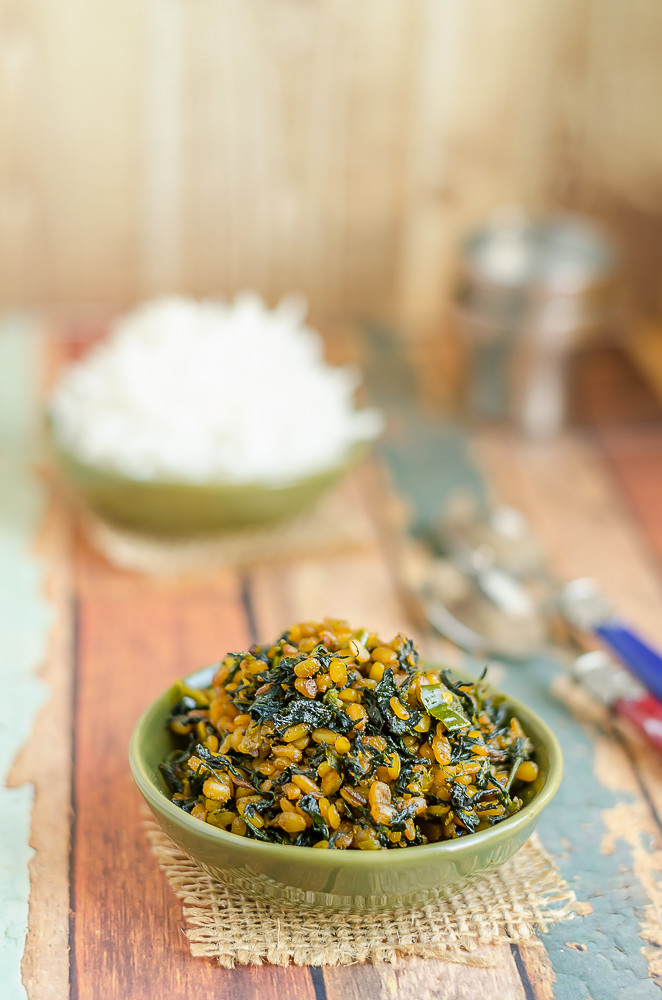 Few days ago when I posted an Instagram picture of attu tunukala koora in one of the closed FB groups, one of the members replied that she had seen this curry on Telangana cookery show. Until then I was unaware of this cookery show and more over, I do not have access to Telugu channels. When she mentioned the show, I did a Google search to find Telangana Shakam cookery show videos on YouTube, hoping to find recipes for tough letters. I could not find any but it is a good source to search for some Telangana dishes and recipes. The lady who cooks the recipes is called peddamma, mom's elder sister, pedda is older/big and amma is mom. It was nice to see Telangana accent on screen but was disappointed with the the anchor. I felt she went over board with her accent. Peddamma's Telugu is accurate depiction of the language spoken by many. 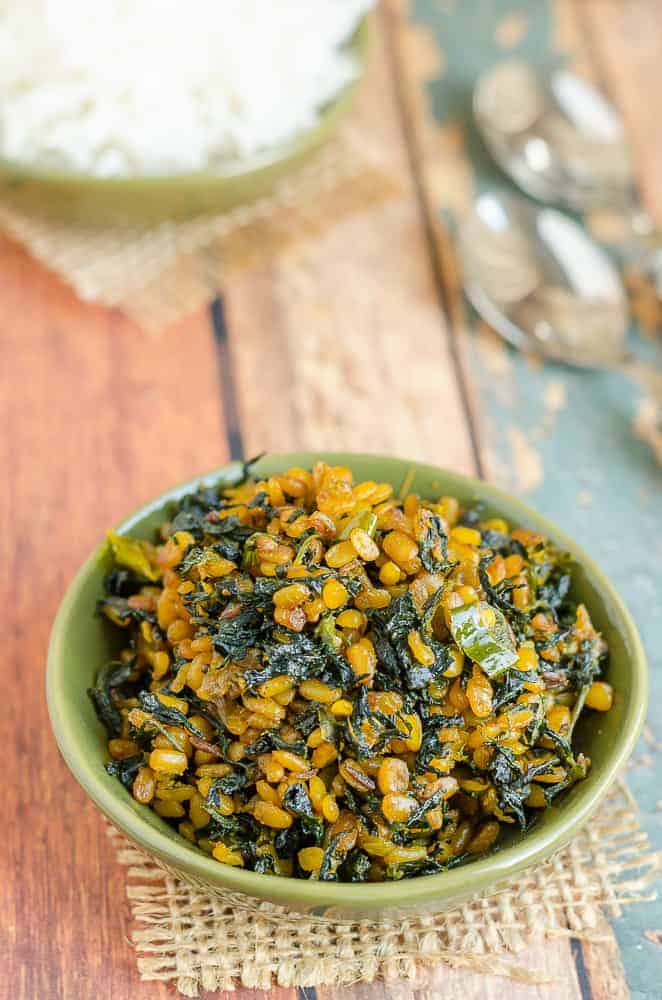 When short listing the recipes for letter ‘F’, the only dishes I could think of were Firni and Falooda. Since that doesn’t fit my regional Telugu Telangana cuisine, I was stuck with Fenugreek. Fenugreek is a spice (seeds), a vegetable (fresh leaves) and a herb (dried leaves). Fenugreek is slightly bitter in taste. Seeds are roasted and the fresh leaves are well sauteed to reduce the bitterness. Fenugreek is menthi and fresh fenugreek is menthi aaku (menthakku) in Telugu. Menthi aaku / fenugreek leaves pesaru pappu koora is the only dish I could come up with for 'F'. This curry also has a slight bitter taste but not as bitter as bitter gourd to not like this wonderful leafy vegetable & the curry. In some kitchens, fenugreek leaves are added to almost all the curries when tempering to enhance the flavor of the curry. Today’s recipe is a simple koora/curry with fenugreek leaves and moong dal. This is an everyday dry curry prepared with soaked moong dal sauteed with fresh fenugreek leaves.

I just realized after publish this post that I could have done F for Fish; fish fry (koora) or fish pulusu. For some reason it did not occur to me until this morning when my cousin guessed F for fish on FB, playing the guessing game on what is next in the series. I have not posted either of these recipes.. duh.. Well, next time. I cook fish very often and for some reason never get to update fish recipes here.