Sarvapindi or Ginne appa is a rice flour pancake popular in Telangana region of Andhra Pradesh. I never heard or saw my cousins or aunts from Andhra region talk or prepare this pancake. So I am assuming this is from Telangana region of the state. It gets the name Sarvapindi or ginne appa based on the method of preparation. Sarva is a kind of a pot and pindi is flour. Sarvapindi is a snack prepared with flour dough made in a sarva. Ginne is a vessel or a bowl and appa is a snack. Plenty of herbs, sesame seeds and peanuts are added to rice flour to make the dough and then the dough is pressed into a wide pan to make the pan cake. It is then cooked on low flame to cook the rice cake. Sarvapindi is similar to thalipeeth, a snack from Maharashtra but it is prepared with a fixture of flours. When saw Nupur’s post I thought, oh this is how it is made in my neighboring state! Sarvapindi is also similar to akki roti, a specialty from Karnataka but the difference here is the preparation. From the recipes I have seen for akki roti, the rice flour is added to hot water to make the dough unlike for sarvapindi, where room temperature water is used. 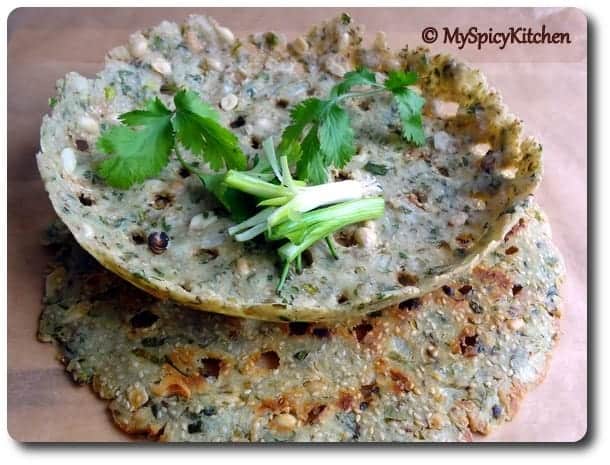 Do you see the shape of a bowl/vessel/pot in the appa~pancake? 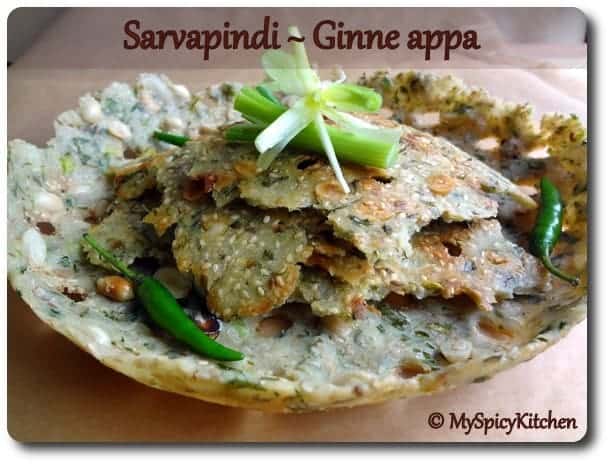 When Srivalli asked me to suggest a recipe for ICC, sarvapindi & sakinalu came to my mind. I never made these two items at home. We have already covered most of the traditional recipes in ICC and of these two recipes; sarvapindi is the easier one to prepare. I called up my cousin to get the recipe for sarvapindi as that is the easier of the two items that I had on mind. She gave me approximate measures so I called my mom and then my aunt. All three of them did not have exact measures and they said they just go by hand. Moreover, this recipe is so flexible that you can add anything you like as long as you season it well and cook it on low flame. Since I did not have any measurements to give to give Valli, I made the recipe at home 3 weeks ago before sharing it with her. I thought of making it again to take good pictures but never got to make it until today. I probably would have skipped this ICC too but since I suggested the recipe, I thought I should at least post the recipe. When I made it today, I pretty much followed the same recipe I gave Valli but I made two pancakes or appas instead of three. Also, I did not have curry leaves and instead substituted it with more scallions & cilantro. 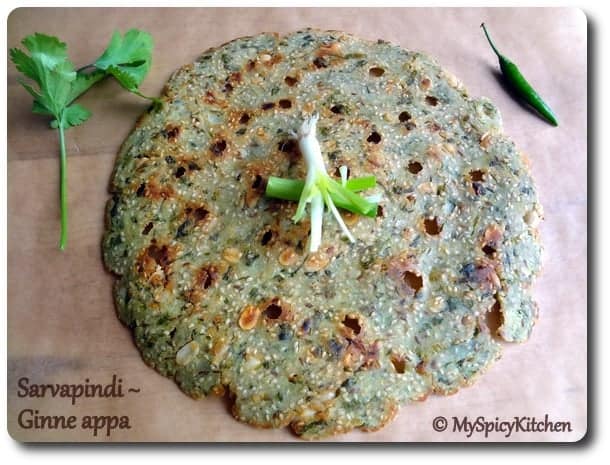 These are collage of pictures of preparation of sarvapindi. I took these when I made it the first time before sharing the recipe with Valli. You can click the image to see the large image. 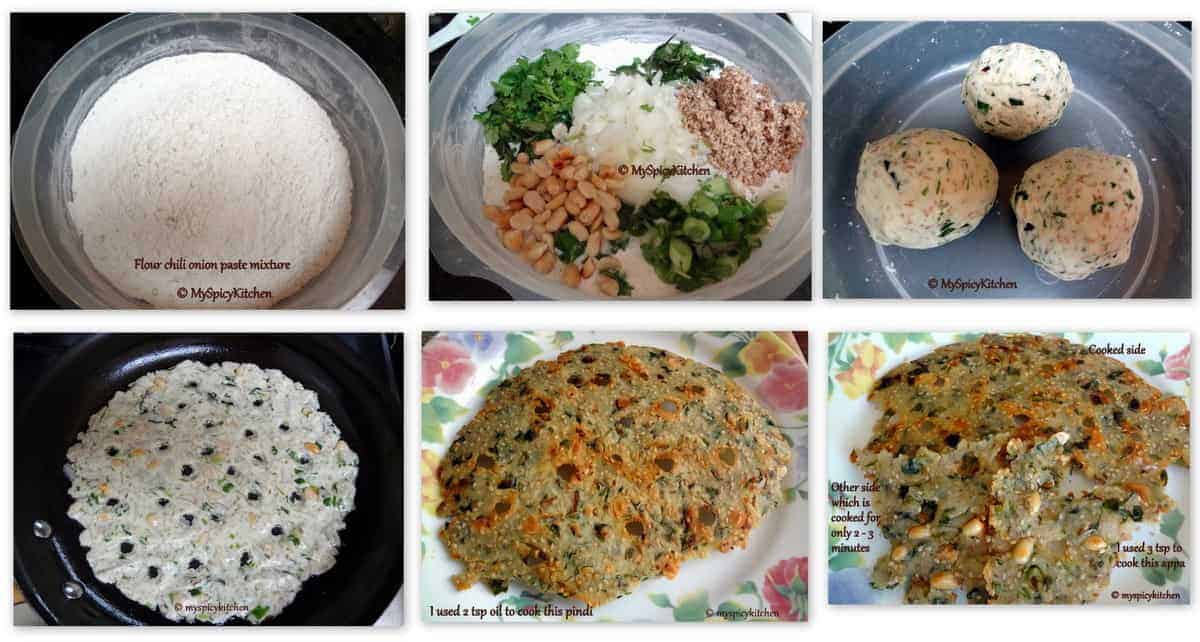 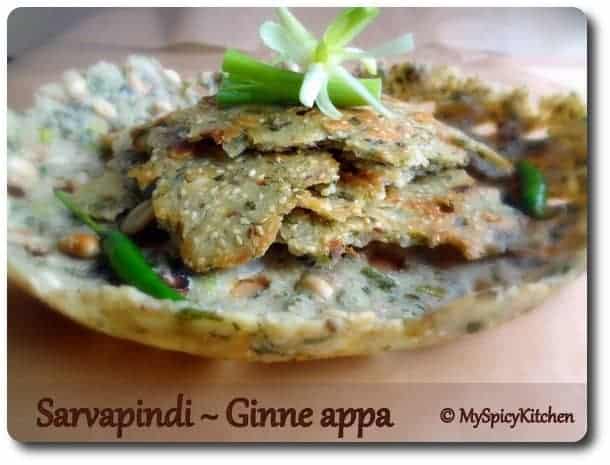