Today we travel to Eastern European nation of Ukraine that has been in the news a lot lately. Ukraine was part of USSR and hence the cuisine and culture is similar to that of Russia. Vushka (Voosh-kah) is popular in both Russian and Ukraine. Vushka is a mushroom and onion dumplings. Vushka means tiny ears and these dumpling look like an ear, hence the name. Vushka is usually served with borscht, a beets soup that is of Ukrainian origin. It is popular in many Eastern and Central European countries including Russia. Vushka are very tiny in shape but mine were a little bigger in size. I used a short cut and used wonton wrappers instead of making the cover for the dumplings from scratch. 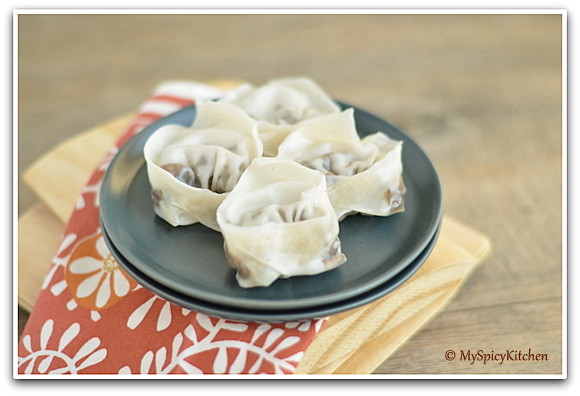 I love mushrooms and this recipe was in New York Times food section 3-4 years ago. I saved the recipe and never got to make it until couple of months ago, for this marathon. The covering for the dumpling is made from scratch but at the bottom of the recipe there was a note that wonton wrappers can also be used. I took the shortcut and used wonton wraps. The covering was not as soft as it looks in most of the online images of vushka and wished I had made the covering from scratch. 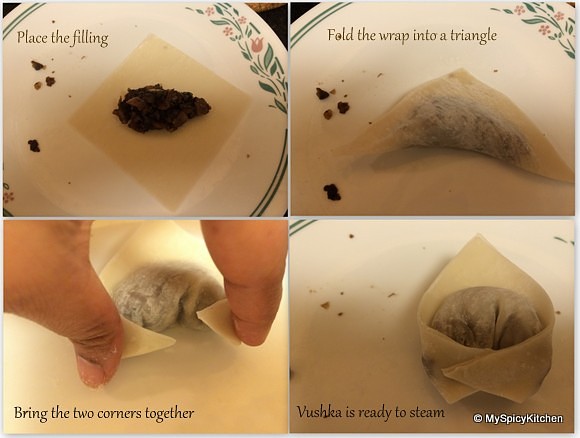