Today we travel to Yemen, an Arab state in southwest Asia. Sana’a is the capital and also the largest city in the country. Yemen is a culturally rich country with the influences from various civilizations. Yemeni cuisine is unique from Middle Eastern cuisine and also differs from region to region. Chicken, goat and lamb are common meats and fish is common in coastal areas. Holba, fenugreek froth is a common condiment and is also added to many dishes. Holba is used extensively all over Yemen. I was going to make holba and a dish that uses holba. I had short listed couple of recipes when I landed on the Queen of Sheeba blog. 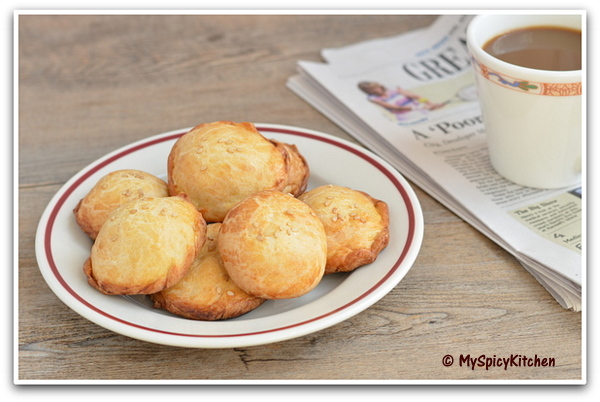 This blog has some amazing recipes and especially bakes. I wanted to try all the Yemeni bakes but for now I settled for Ka’ak. According to the blog, Yemeni ka’ak is cross between a biscuit and a cookie. To me it was more like cross between a biscuit and roll. It was soft and flaky in the inside and crunchy on the outside. This is a savory and a little sweetish bake that is a staple for any special occasion. It is also served with afternoon tea. The shape of the ka'ak was so pretty and just could not wait to bake it. I baked these a month ago, the Friday before this edition of blogging marathon started and I still had to cook 3-4 recipes and two from week 2. Though I was going to post the ka’ak end of this month, I could not wait to bake it. My ka’ak is not as pretty as the images on Queen of Sheeba but I totally loved it. I ate the ka’ak as it is but Mr.U felt it would be better with jam or some butter. 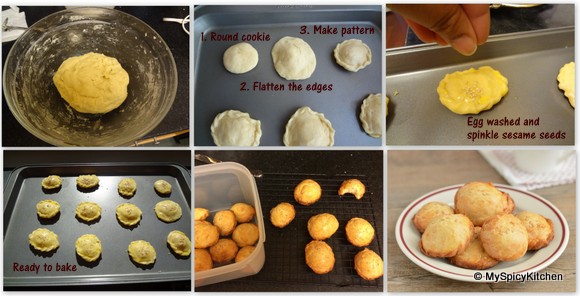