I am starting blogging marathon # 18 under the theme “deep fried foods made healthy by baking or steaming”. I must say, it is one of the most challenging themes I have done so far in these marathons! When I chose this theme, I had a few recipes on mind but never tried them. I started preparing for the marathon 2 weeks ago and I only have today’s recipe done. The other is in the oven for tomorrow and this is a tested recipe. I baked it last week but could not take pictures and hence preparing it again today. I tried mirchi bajji, chicken pakoda, chegodi and tomorrows snack. Off the four, chegodi was an utter flop and mirchi bajji & chicken pakoda can be tried again tweaking the recipe a little. I mirchi bajji is on top of my list and will experiment with it at a later time, not for this edition of the marathon though. For today, I have a healthier version of falafel, baked in the oven. 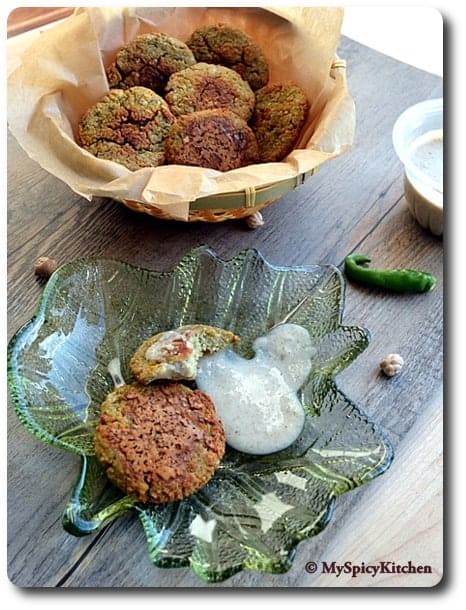 I adapted this recipe, rather the procedure, by tweaking the ingredient list and incorporating only the spices and herbs that were handy. The result was pretty good. I would not say it was as good as the deep fried falafel but it was good. Apart from baking instead of deep frying, the other reason I liked the recipe is, the preparation for the falafel can be made up to a day in advance, which is preparing the dough/batter, shaping the falafel and refrigerating until ready to bake. This would be great for parties if the preparation is made a day ahead and all one needs to do is pop the falafel patties into the oven, just before the guests arrive and serve it hot when done. For the sauce, I followed Pavani’s recipe which she shared when I posted my deep fried version here. 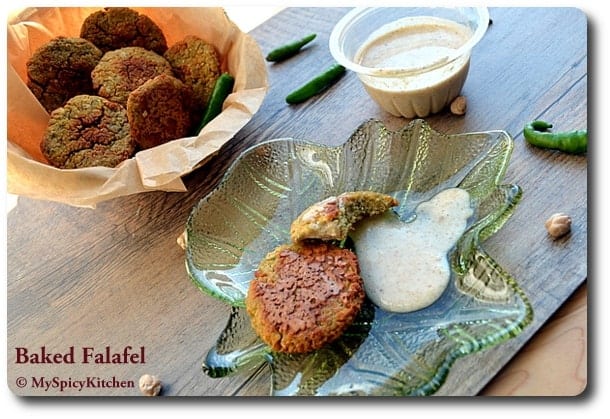 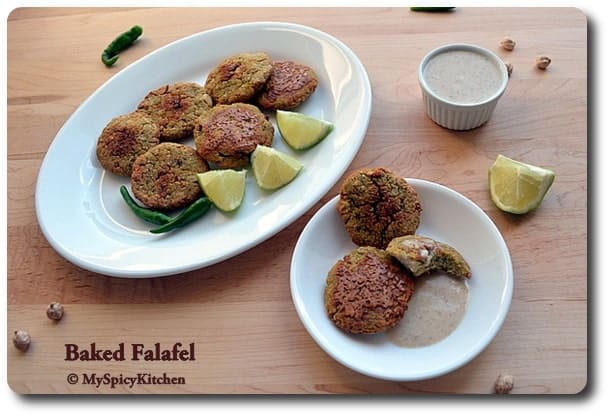