When growing up, one pot meat and rice dish was always Biryani and one pot vegetables and rice dish was Pulao or Bagara.   Back then, I did not acquire a taste for mutton and hence, it was always Chicken Biryani.  My aunts used to prepare Chicken Pulao but for some reason, it was never cooked at our home.  My understanding of the  difference between a Biryani and a Pulao is in its preparation.  Biryani is prepared by arranging the meat (raw or cooked) and partially cooked/boiled rice in layers and cooking them together on low flame, in an air tight pot.  Meat and rice is cooked in the juices released by the meats, and the steam generated by cooking in an air tight container or a pot.  Pulao is prepared by cooking cooked meats or sautéed vegetables with rice (uncooked rice).    Both the dishes, Pulao and the Biryani  taste awesome, but being a Hyderabadi, if given a choice of Biryani and a Pulao, I would go for Biryani without a blink :).

I used to cook Chicken Pulao a lot few years ago.  Lately, it is always Chicken Biryani.  Three weeks ago, when I was in no mood for elaborate cooking, I made this Pulao.  It came out well.  I cooked it in a rice cooker and did not have to keep an eye on it as it cooked.  In the past, I have baked the Pulao in the oven.  It has been so long that I don’t remember the cooking time and the oven temperature.  The list of ingredients is very long, but the preparation is very easy.  That day, we were so hungry that couldn’t wait to take a picture.  I took the picture after our lunch, with left over pulao ;). 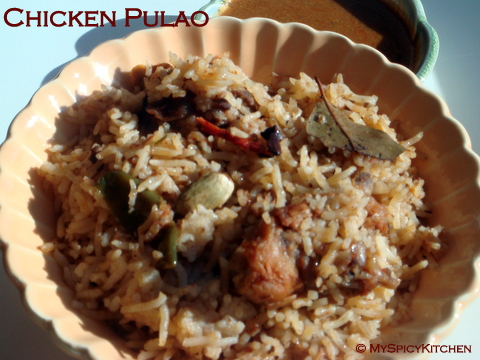 Print Recipe
Note: Measuring cup used here is the one that comes with the rice cooker 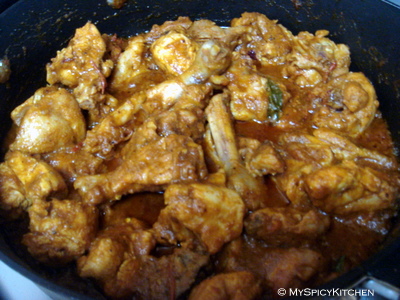 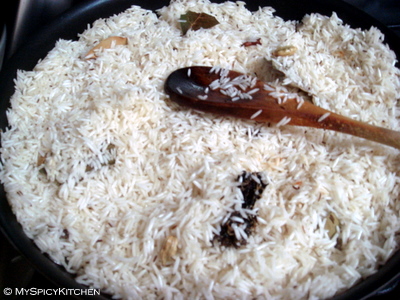 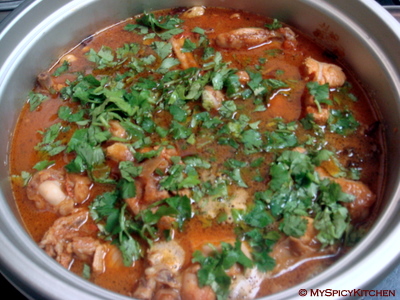 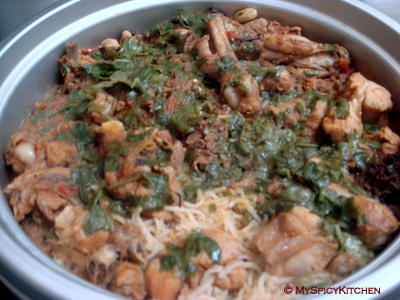 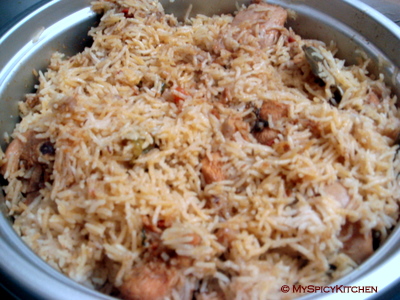 I am sending this over to Anita’s Kitchen for her first event, Annam Parbramha Swaroopam, ASP: Rice.

Hi, I am Usha. Welcome to my space. I love cooking and all the recipes on the site are tried and tested in my kitchen. Read More… 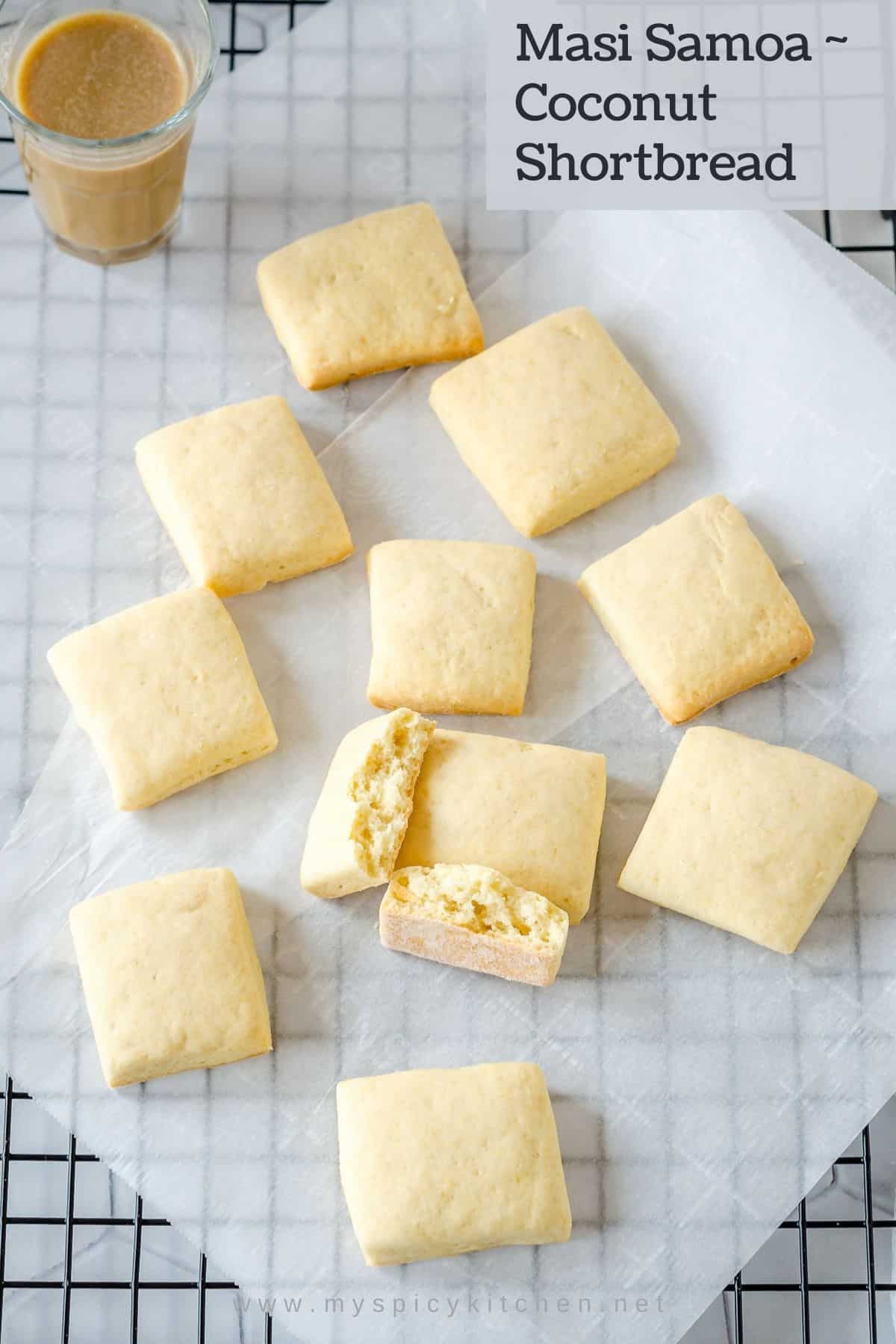 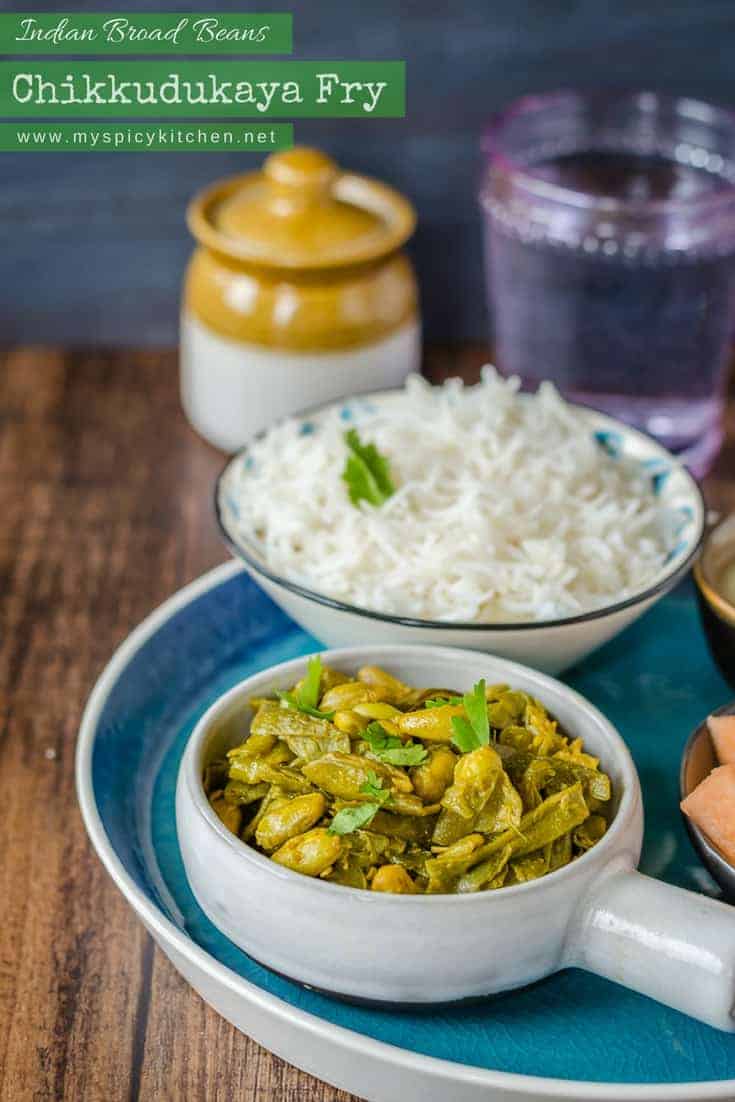 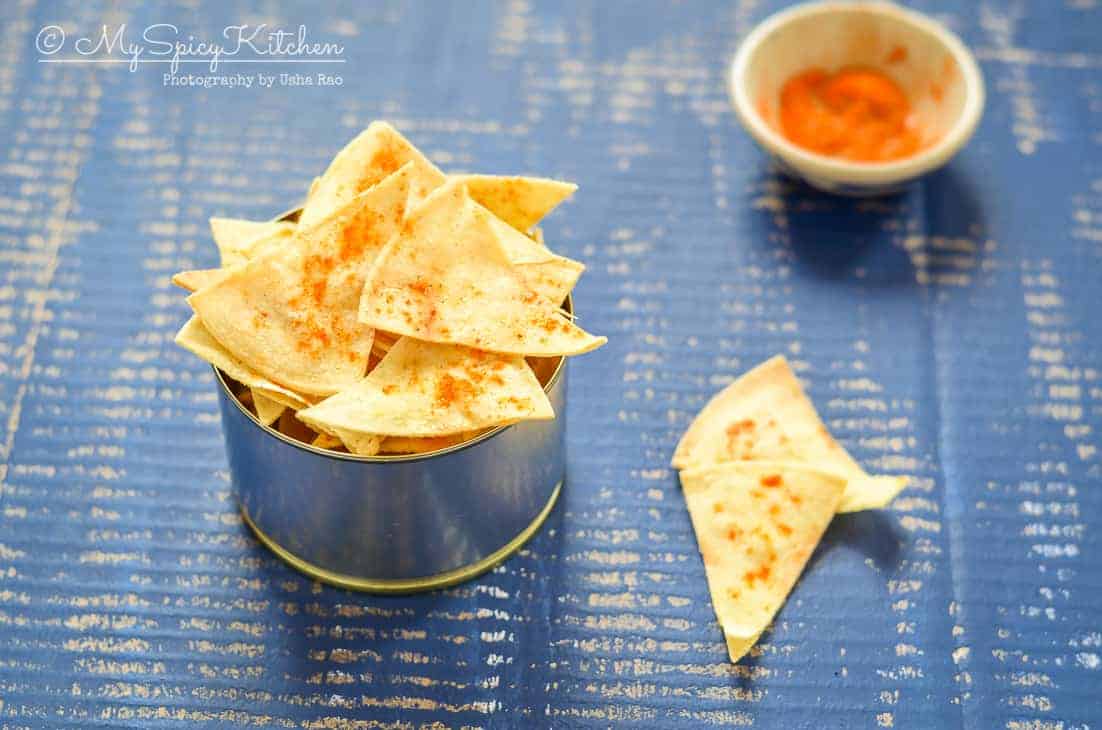 Hi, I am Usha. I am the content creator and photographer here. Read More…