Goat kalia is a North Indian goat curry and is served with pulao or Indian flatbreads.

Today’s recipe is a north Indian mutton curry, also known as mutton kalia or masaledar gosht. Since I made it with goat, it is goat kalia. The curry is dark brown in color, hence the name kalia. I prepared goat kalia for Uttar Pradesh and later realized it is a North Indian recipe but was unsure which north Indian state. So I made jalebis for UP. 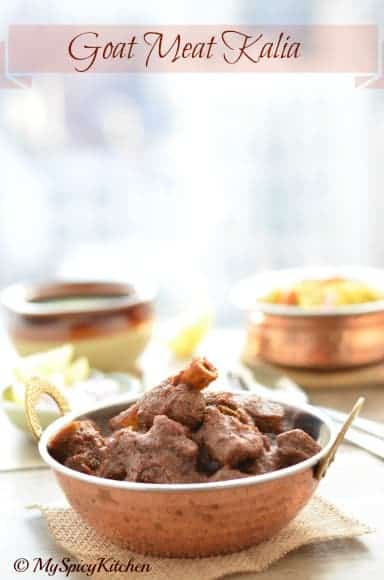 I followed the kalia recipe as given with few exceptions; added some chili powder and used less oil. Also, goat kalia took longer to cook than the recipe said. We loved goat kalia although the gravy was thicker than it was supposed to be. I usually cook goat in a pressure cooker to speed up the cooking time and also to avoid cooking odor. For this preparation, I followed the instructs and made it in a saucepan, on the stovetop. 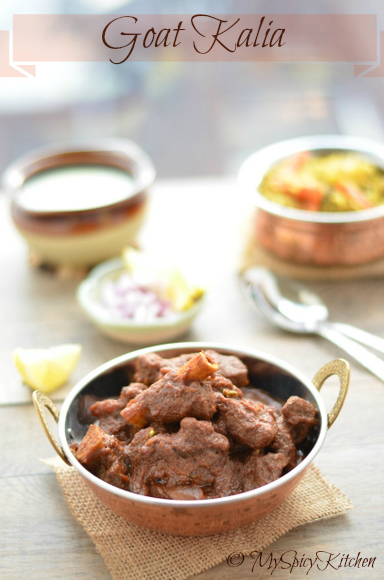 Rest of the Ingredients:

Events: Linking this to Fabulous Feast Friday, a linky party started by Mireille. This weekend I am hosting edition # 15 along with my co-host Pavani.