Ground chicken stuffed msemen is a stuffed flatbread from Morocco. It is a soft flatbread served for breakfast or teatime snack.

Theme of the Week

The theme this week is stuffed flatbreads across countries and for the final day of this week’s blogging marathon, it is a Moroccan flatbread, ground chicken stuffed Msemen. The other two recipes for this week were bakshalu from India and patatesli gozleme from Turkey.

Msemen, also known as rghaif, is a soft, square shaped flatbread from Morocco. Similar bread from Algeria is Mhojab. Msemen is either plain or stuffed, and the plain Msemen is served with some jam or anything sweet or savory. Since the theme is stuffed flatbreads, today it is ground chicken stuffed Msemen. 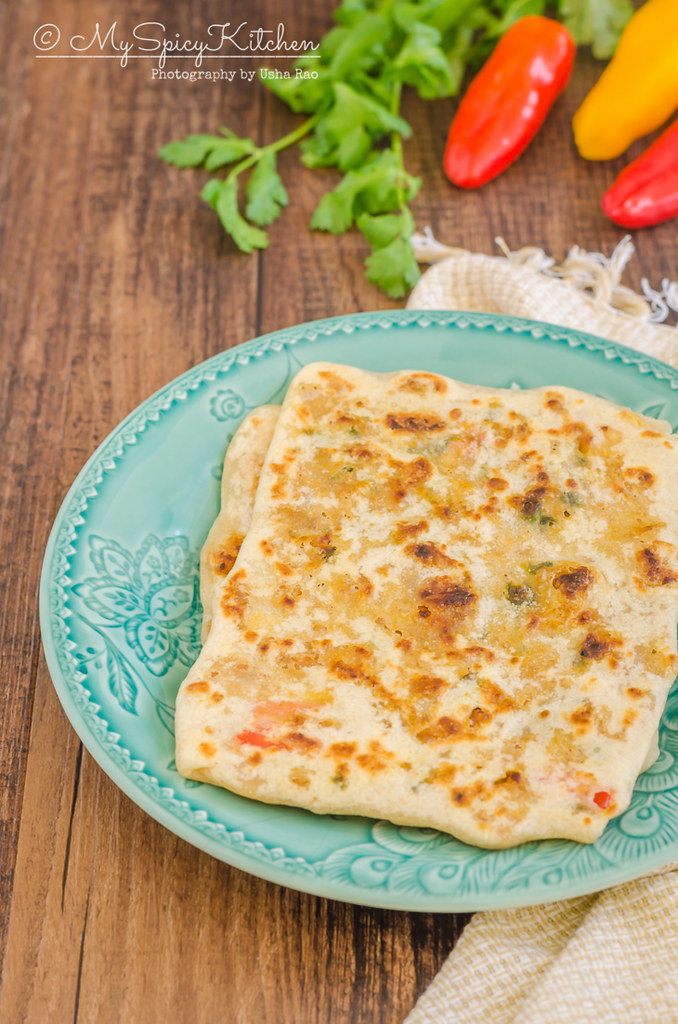 For the last day, I initially picked a sorrel dill stuffed flatbread. I was unable to source sorrel in the neighborhood and Friday, I made a trip to the Indian store, especially for sorrel leaves. Fortunately, I was able to grab the last of the bunches available in the store. However, I changed the plan in the last minute. Since it is a weekend and Mr U is home, I decided to make a flatbread with a meat filling, hence the ground chicken stuffed msemen. 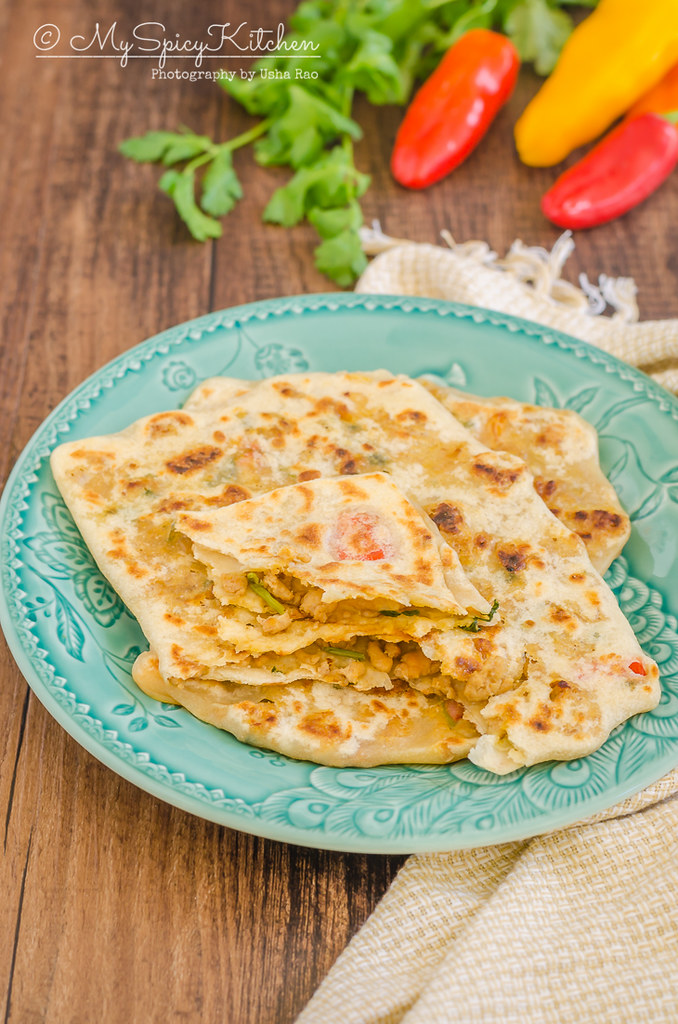 When Mr U or, as a matter of fact, any company at home, my tiny little creative side of brain goes on a holiday and am blank when it comes to photographing food. The same happened yesterday and I am not really pleased with the pictures. I have no choice but use them. Today I have an appointment at dmv to renew my license and figured, cooking again and clicking might not work out. So, I will try to replace the pictures next time I make ground chicken stuffed Msemen.

To shape msemen, step 1 is roll dough into a very thin, almost transparent circle, fold the sides almost half way, and overlap the bottom and top ends to a make a square packet. Specially when making a stuffed msemen, step 2 is to place this square packet in another almost transparent dough circle, with the folded side facing down. Fold the sides, top and bottom to make a square packet. This way, both sides of the msemen is evenly covered with dough. The link I referred to prepare stuffed msemen skipped the second step and so did I. However, when making msemen, I realized why second step is important, in addition to getting a flaky flatbread.

In the first picture in the below collage, I did not pat the dough very thin. It should be even thinner and almost transparent. The last left picture is flatten msemen after stuffing, this is the side which has lot more dough as the edges were folded to this side, to make a square. The last picture is the other side and can see how thin the cover is, almost transparent and this how it is supposed to be. This is the reason I feel second step mentioned in above paragraph is necessary. 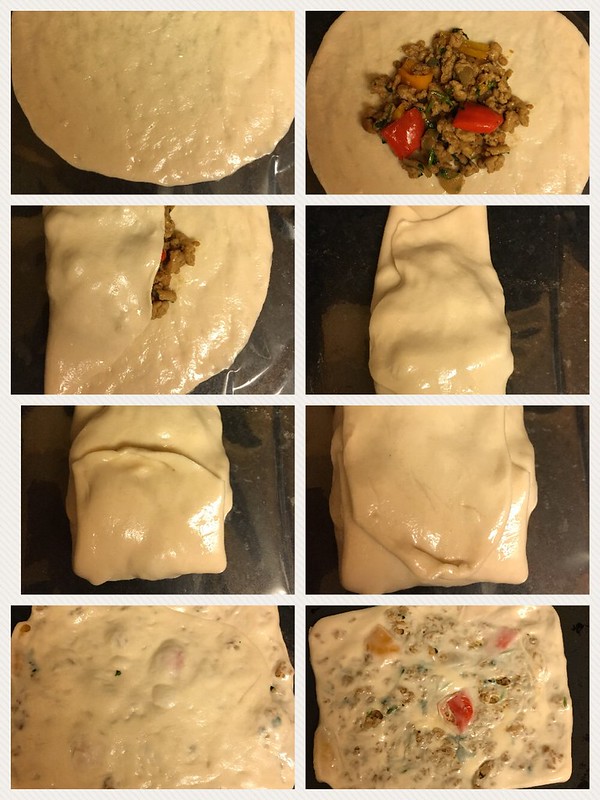 How to make Stuffed Msemen 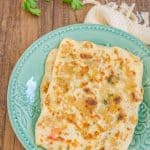 Filling (will require only ¼ - ⅓ of this filling)