After a hectic tour ofthe city, let us check out some fun and relaxed activities that can be done in NYC. Today I was going to talk about the Beast Ride, High Line, Brooklyn Botanical Gardens, Bronx Zoo, South Street Seaport, Sex and the City hotspots tour and some of our favorite restaurants in the city. After yesterday’s post, I realized I can not do all these in one post and decided to concentrate on South Street Seaport and leave the rest for next time. Coincidently, Mireille did a post yesterday on Brooklyn Botanical Gardens. Do check it out. 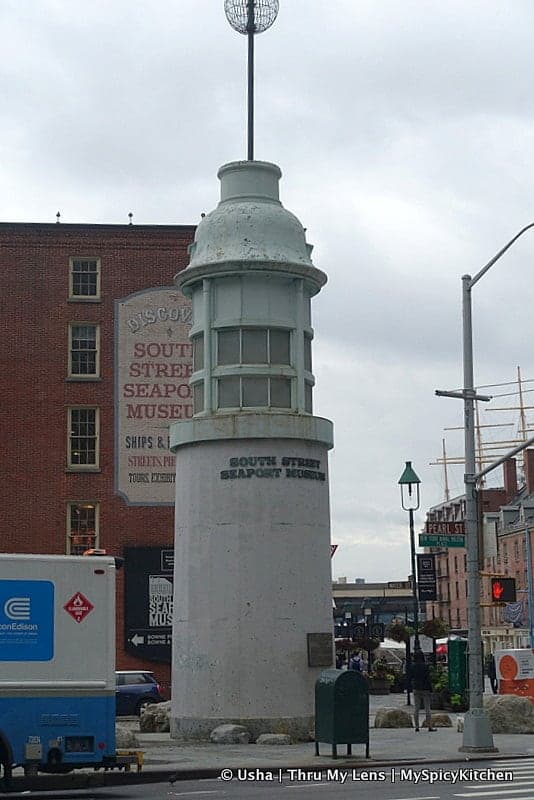 Couple of weeks ago one of my cousins asked if I would be interested in joining them for Oktoberfest on pier 15 on South Street Seaport. I don't drink beer & hesitated if I should go for the fest. After thinking a bit, I thought why not? I have not been to Seaport in some time, specially after I picked up photography and project 365 as a hobby. This would be a good opportunity to get some pictures from the waterfront. Also, it could be a potential topic for my travel theme for Buffet on Table and agreed to go. 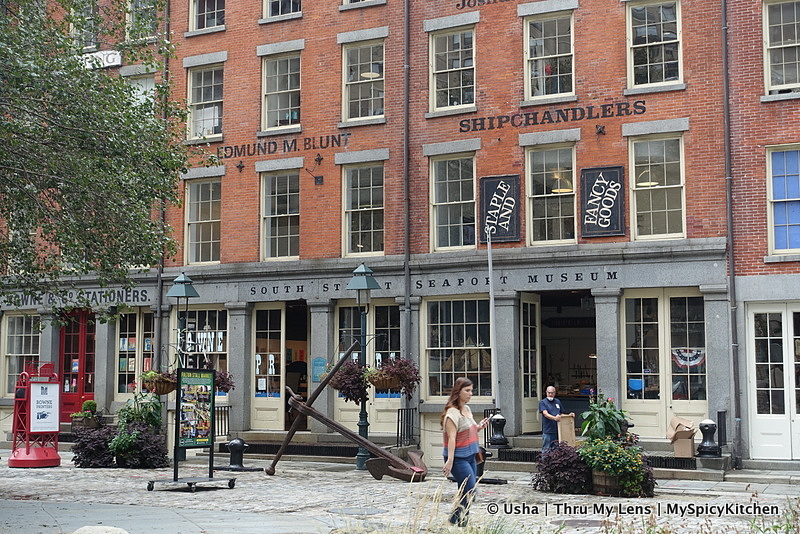 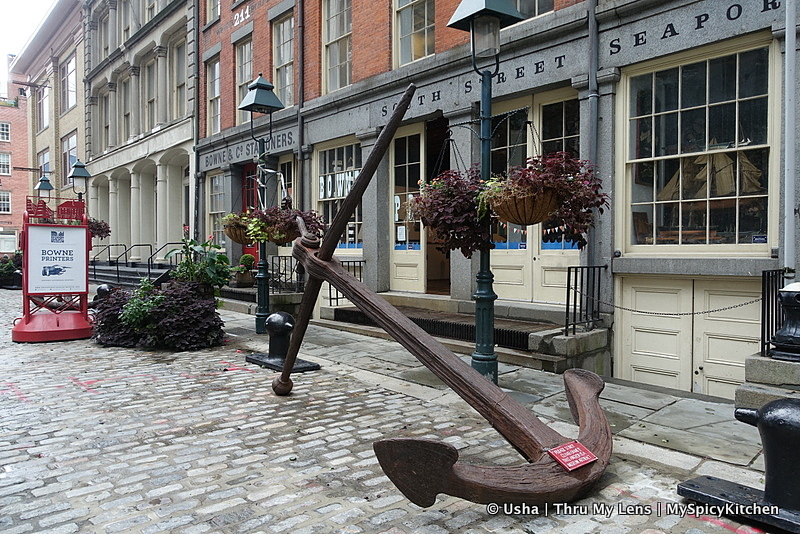 While I was walking on Fulton street towards pier 15 for the Oktoberfest, I was surprised how much the place has changed since the last time I visited the area. It was either the place has changed or I failed to notice these changes. That evening when I was walking towards the pier, all the umbrellas on the benches in front of the restaurants were open and the atmosphere was welcoming. Unfortunately I did not click any pictures as I knew, if I start clicking I will be late. Later I regretted not taking pictures surrounding the pier, as it is a nice place to hangout in the evening or even during the day. The area has shopping, food and beautiful waterfront. I wanted to go back for pictures for this post and that happened only this afternoon. Today I went in the afternoon and as you can see in the below picture, the umbrellas are not open. 🙁

South Street Seaport is a historic area in lower Manhattan, facing East River. This was once a flourishing port in NY with maritime commerce. The area has some of the oldest architectural building and also many restored pre-historic buildings. After the decline of the port, the area was developed to focus on mall, retail shopping, food, nightlife and cultural activities. The commercial port is closed but the piers are still used by cruises and water taxi boats.

South Street Seaport area has a museum on the intersection of Fulton Street & Pearl Street, retail and food stores on Fulton Street. Pier 11, 15, and 16 are used by city cruises offering cruises around Manhattan island and to Liberty Island. Pier 15 was renovated with two floors of observatory decks with chairs and benches to view the picturesque East River and New York skyline.

The last time I went to Seaport few years ago, pier 17 had a mall with open observatory with spectacular views of East River, Brooklyn & Manhattan bridges. There was a fire on Pier 17 three years ago and what I did not know was the pier was demolished and a new mall is under construction which is to open in couple of years.

Getting back to the reason for my recent visit to South Street seaport; Oktoberfest is the world’s largest beer festival held in Munich, Germany. It is celebrated for 16 - 18 days and ends on first weekend of October. This year it started on Sept 18 and ends this weekend. Nowadays Oktoberfest celebrations are held worldwide and Watermark Bar on Pier 15 is one of the bars celebrating the festival. 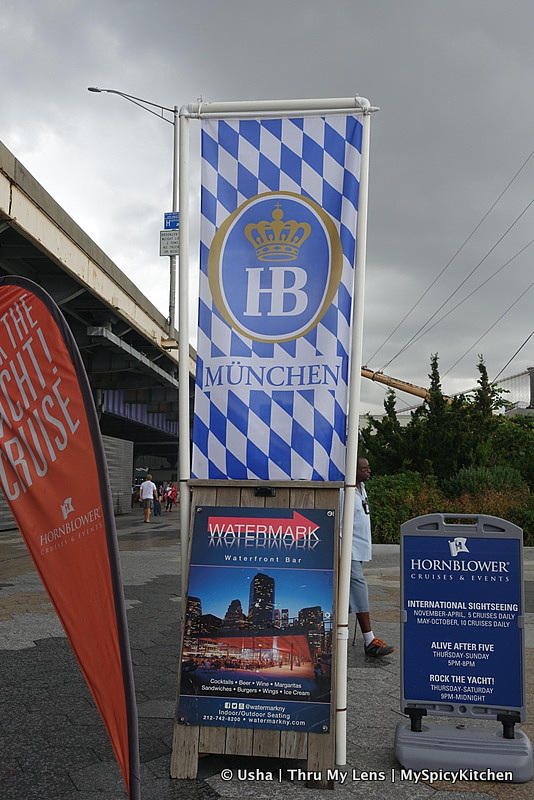 Watermark Bar is on Pier 15 and I went on the first day of Oktoberfest on Sept 18. The hosts, hostesses and all the staff were dressed in traditional German attire. They had 4 varieties of beer, sausages and sauerkraut. For entertainment traditional music was played all night. There were some games and competitions to keep the guests entertained. Though I did not drink, atmosphere was pleasant with waterfront view. First floor facing the waterfront was decorated with lights by the bar and it give a festive look to the place. More than the celebrations, I liked the location of the bar and the spectacular view of the city skyline. I will stop now and let the pictures do rest of the talking. 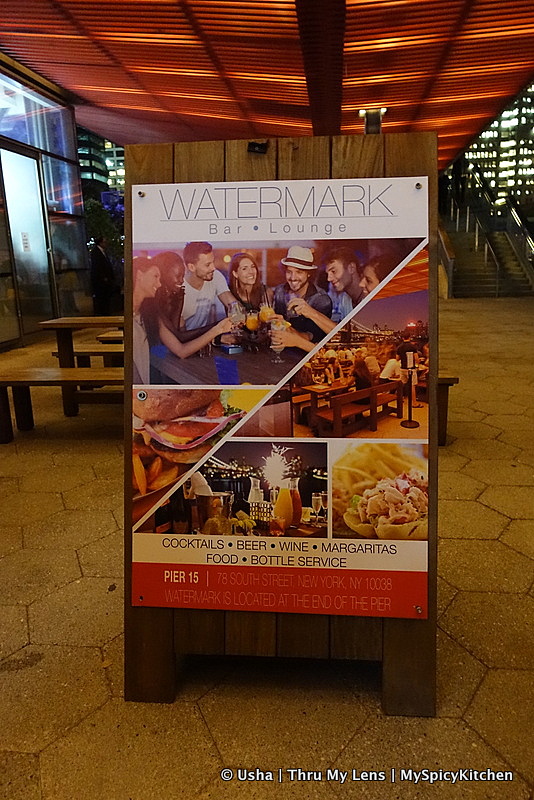 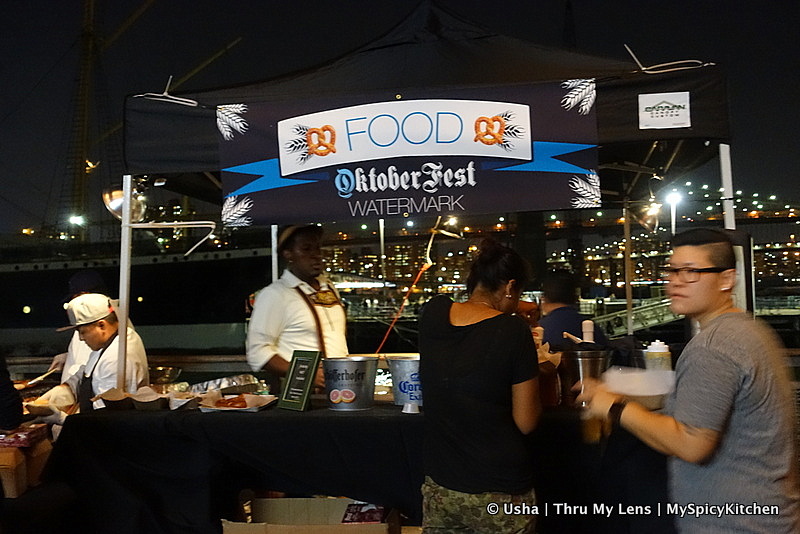 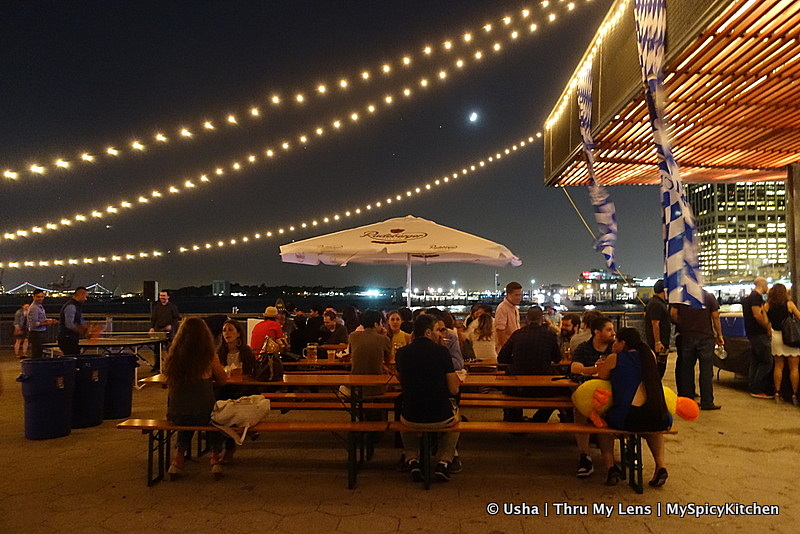 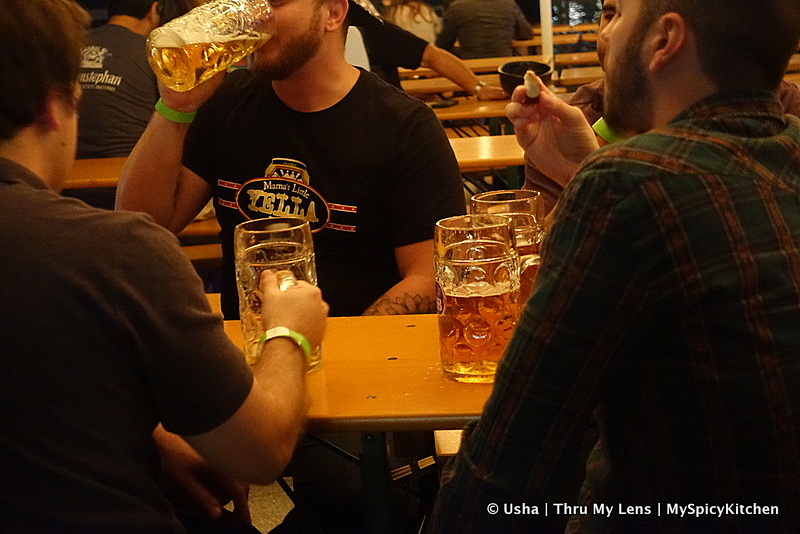 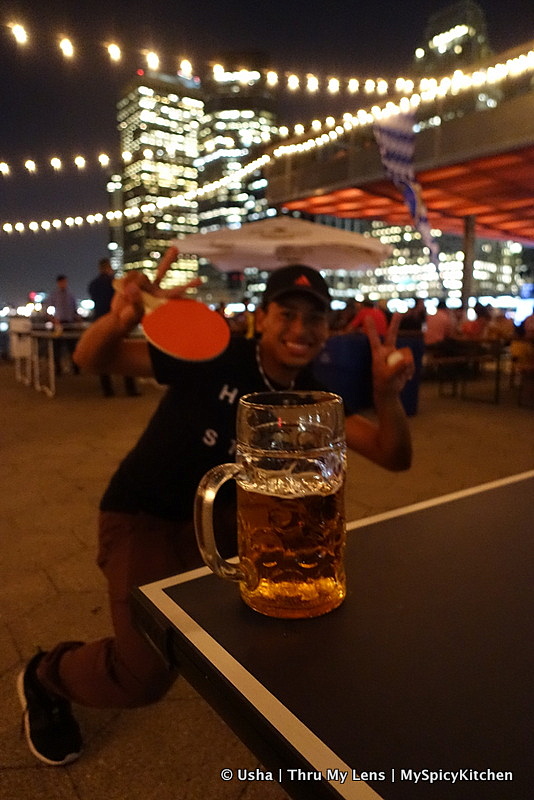