V for vankaya poornam is what I made for this A-Z Challenge, Journey Through Telangana Cuisine. Vankaya poornam is nothing but stuffed brinjals or baby eggplants and also known as gutti vankaya in some parts. 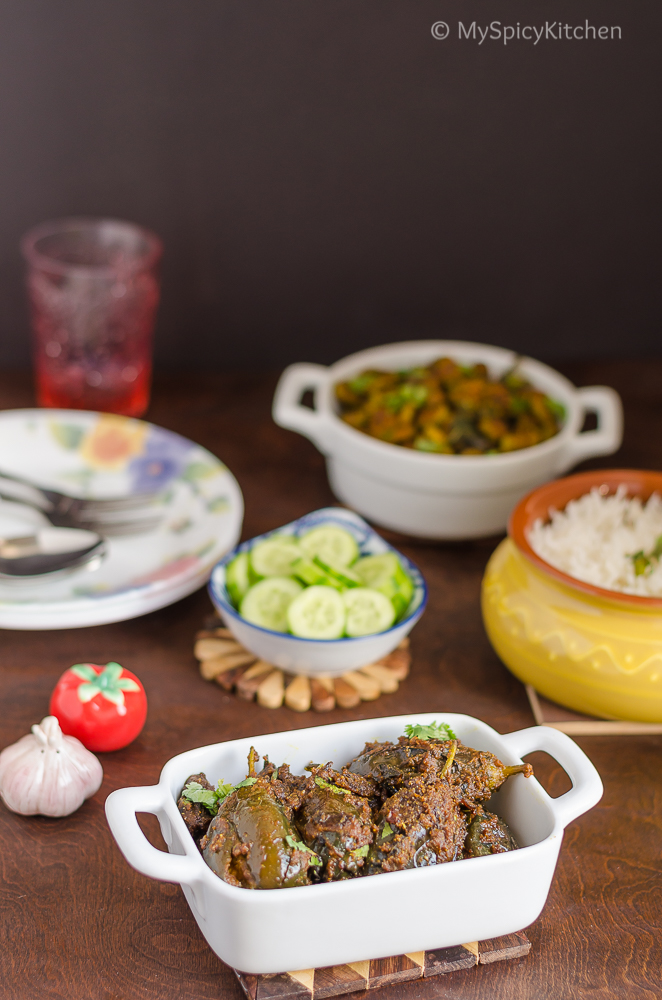 In Telangana, any stuffed vegetable such as gutti vankaya or gutti dondakaya is called vankaya poornam and dondakaya poornam respectively. 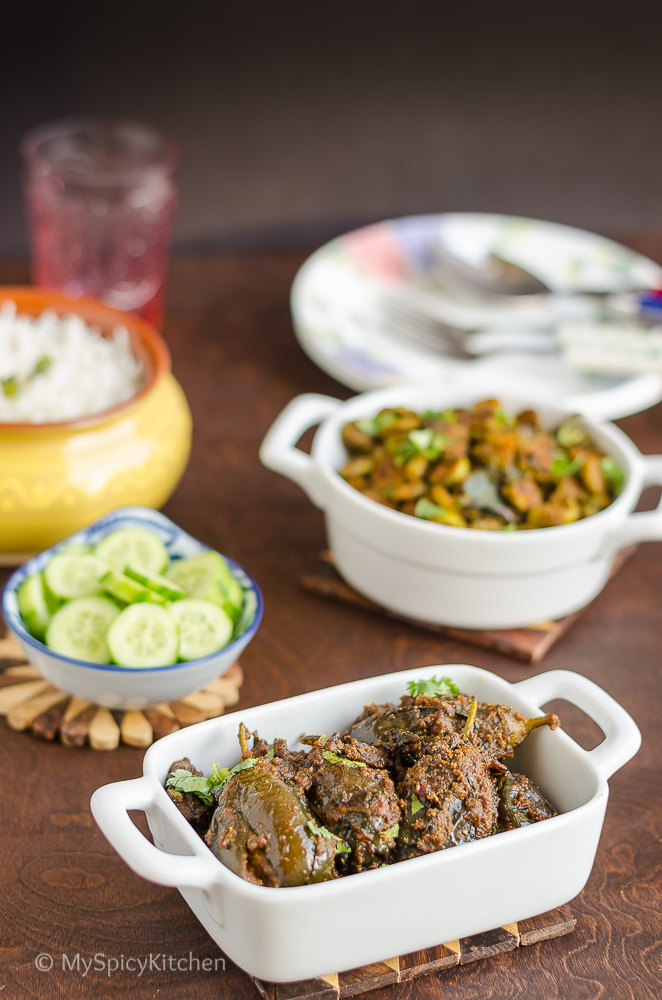 Stuffing used for poornam varies from household to household and region to region. I used only sesame seeds here as this is how it used to be prepared at my maternal grandmother's place and mom use to make this way. Over the years the recipe has evolved, coconut and/or peanut powder is also added to the stuffing and tamarind extract is often substituted with tomatoes. 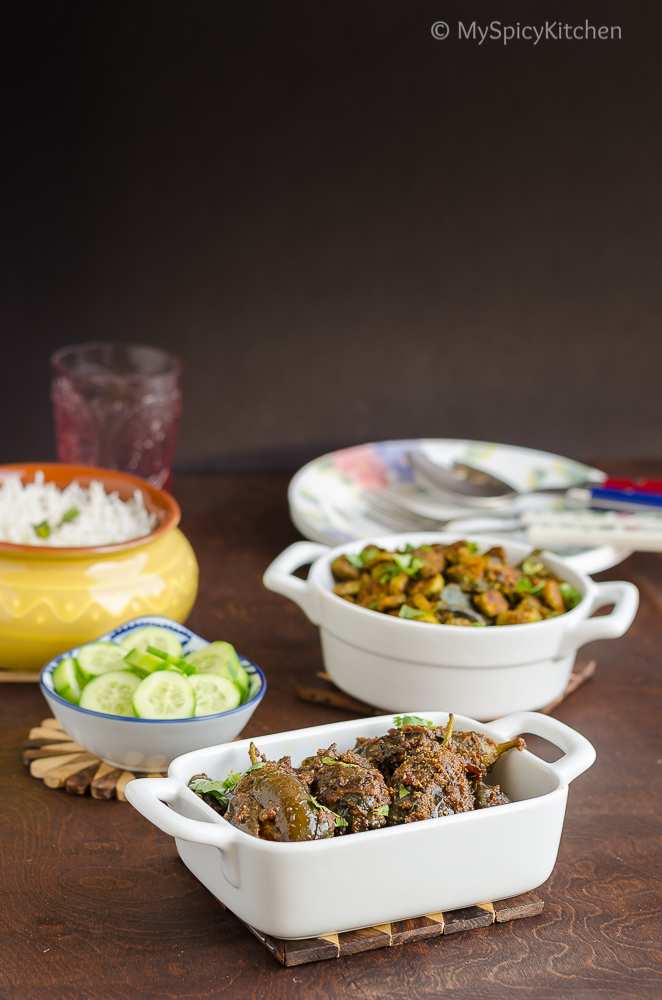