Letter ‘Y’ was one of the tough letters in this A-Z Challenge, Journey Through Telangana Cuisine. However, dishes for these two letters were decided months ago, when I first made the initial list back in Fall. When I seriously started working on this BM couple of months ago, I realized there might be a hole in my list. For both these letters I had listed down dishes from Hyderabadi cuisine and since Hyderabad is the capital city of Telangana, I overlooked the hole. Since I am focus on Telugu cuisine, I was unsure if I really wanted to do Hyderabad cuisine and take a shortcut for the tough letters. I could not think of any vegetable or ingredient in Telugu that starts with ‘Y’. All I could think of was yalakulu, cardamoms in English. I even decided to do yalakula chai; elaichi chai or cardamom flavored tea. As I put my brain cells to extra work, I figured I could get around by twisting the letters and decided to do yendu (endu) kobbari rava laddu ~ dry coconut rava ladoo. Usually fresh grated coconut is used but to fit my theme, I used dry coconut flakes 🙂 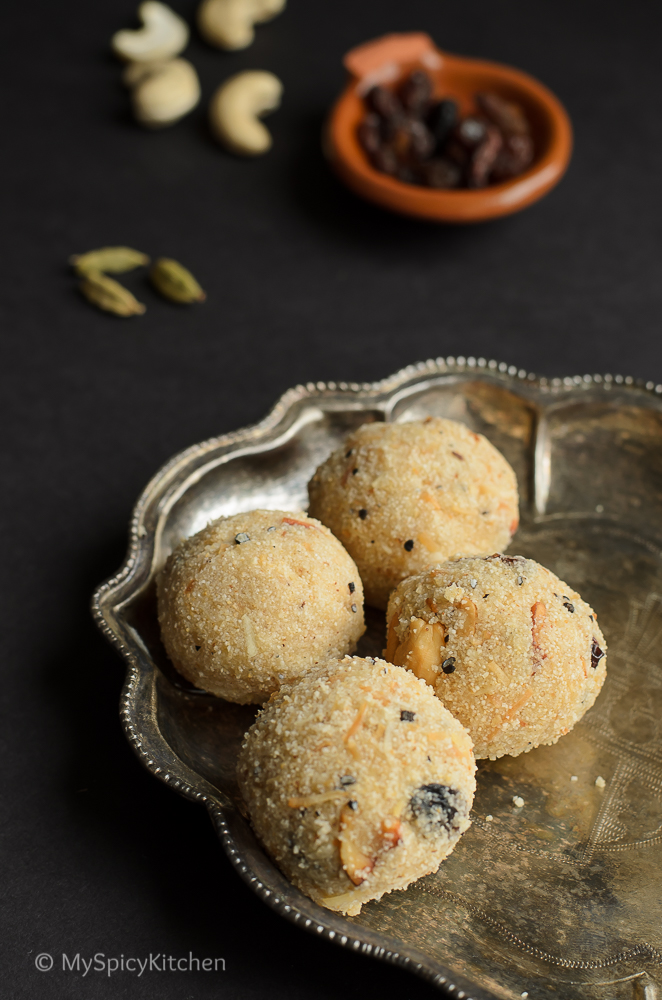 When talking to my cousin A about this recipe, she mentioned that her nanamma (paternal grandmother) did not use milk when preparing these laddus, though lot of people use it for binding the laddu. I tried making without milk but could not shape the laddu and I did not want to add more ghee either, which also aides in binding. I ended up using some milk.

Husband liked the laddu a lot and since I used less ghee in this preparation than in the other two recipes I posted for this BM; senagapindi laddu & neyicheni muddalu, he wants me to make this more often as it has less ghee. 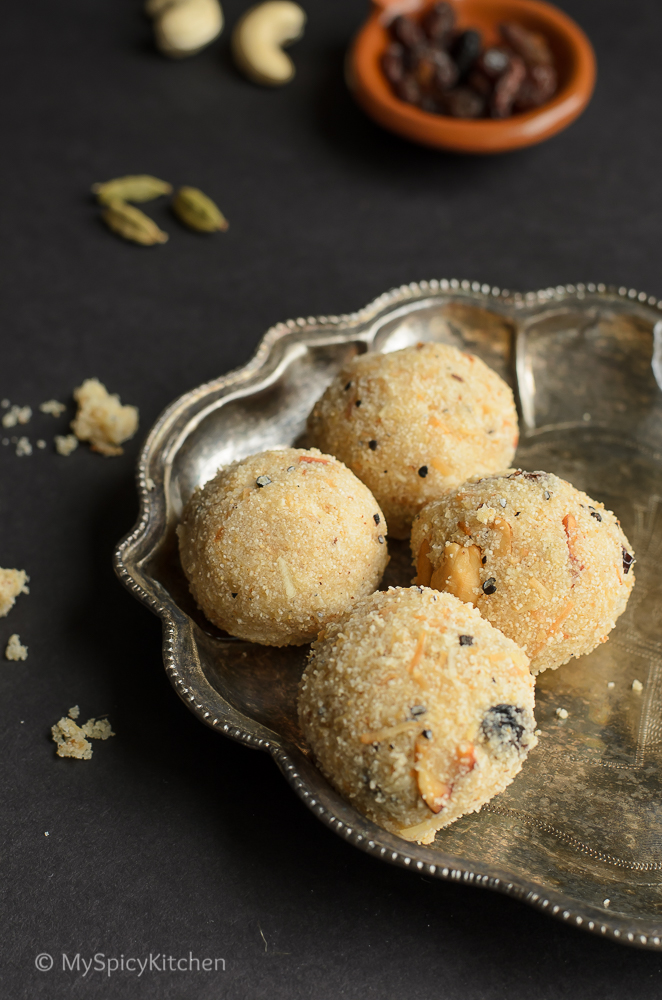 Yields: 12 depending on the size

This day in 2009: Cucumber Watermelon Cooler
This day in 2014: Aloo ke Gutke from Uttarakhand
This day in 2015: Baked Masala Chicken Wings
Events: This post also goes to A-Z Challenge for day 25, letter 'Y'.