I was very busy the last few days traveling and entertaining family. I don't like to cook and take pictures when people are around and hence did not update the blog. Also, we ate out a lot and did not cook much either at home. When Valli announce the 6th edition of marathon last week, I sat on it until Monday before deciding to jump in. She had some interesting themes to pick from and I chose "the recipe less picture post". This theme is a bit challenging and I am little intimidated by the theme I chose for this marathon.  I had second thoughts about it and I almost emailed Srivalli yesterday,  to tell her I was changing my theme. It is always fun to take up challenging tasks and blogging marathon is no exception, isn't it?  So here I am, running yet another marathon for the next seven days, with recipe less picture posts! 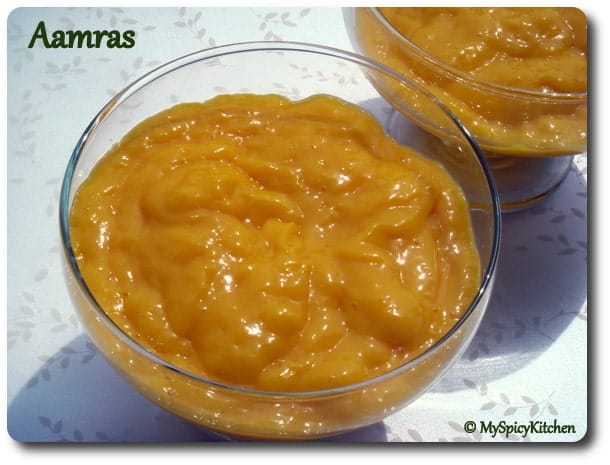 For the first day of the marathon, I am sharing a mango recipe. I started to prepare mango milk shake and ended up with aamras, mango juice/pulp. After a heavy lunch, I was in no mood to drink a glass of mango milkshake and decided to make aamras instead.  This was my dessert and aamras can easily be transformed into milkshake by adding more milk.  As i was afraid, when I made today's recipe, I took pictures of each and every step except the most important step of this preparation, blending/pureeing the ingredients.  I only realized it after I ate the aamras. Luckily, I had more magoes and made it again, taking the picture of the most import step of this preparation. I hope I don't make similar mistakes in the next 6 days! 🙂 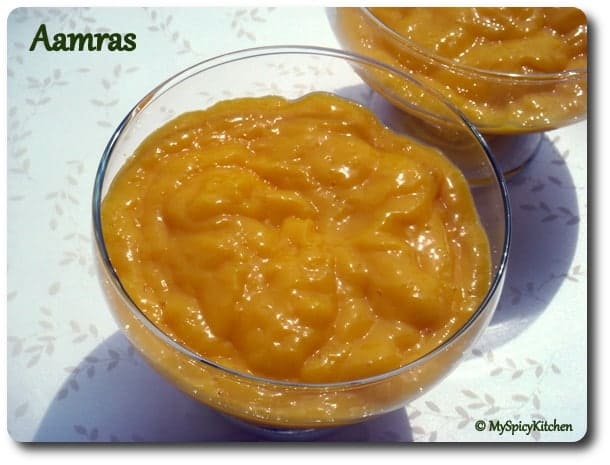