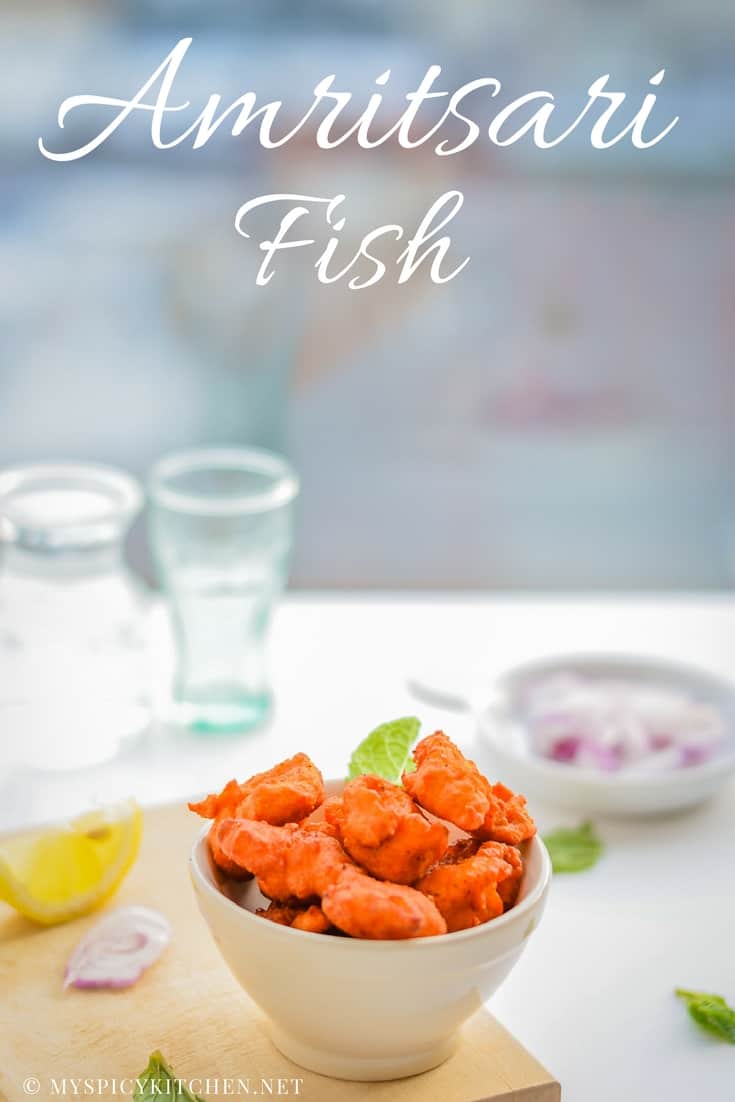 Amritsari fish is popular street food and a popular appetizer at many restaurants and parties. Amritsari fish are fish fritters seasoned with simple spices. Gram flour and egg are used for binding and carom seeds give the fritters a distinct flavor.

Continue reading or jump to recipe or pin it for later!

Punjab is the northwest state of India. It shares a border with Punjab Province of Pakistan to the west. It shares borders with Indian states of Haryana to the south & southeast, Rajasthan to the southwest, Himachal Pradesh to the east and Jammu Kashmir to the north. Punjab shares the capital city of Chandigarh with Haryana, the state which was once part of Punjab.

Historically, Punjab region has been the gateway to the Indian Subcontinent for people from Greece, Central Asia, Iran, and Afghanistan. Punjab is the most fertile region in the country and agriculture is the main source of income. It is the largest producer of wheat in India. Majority of the population in the state are Sikhs. 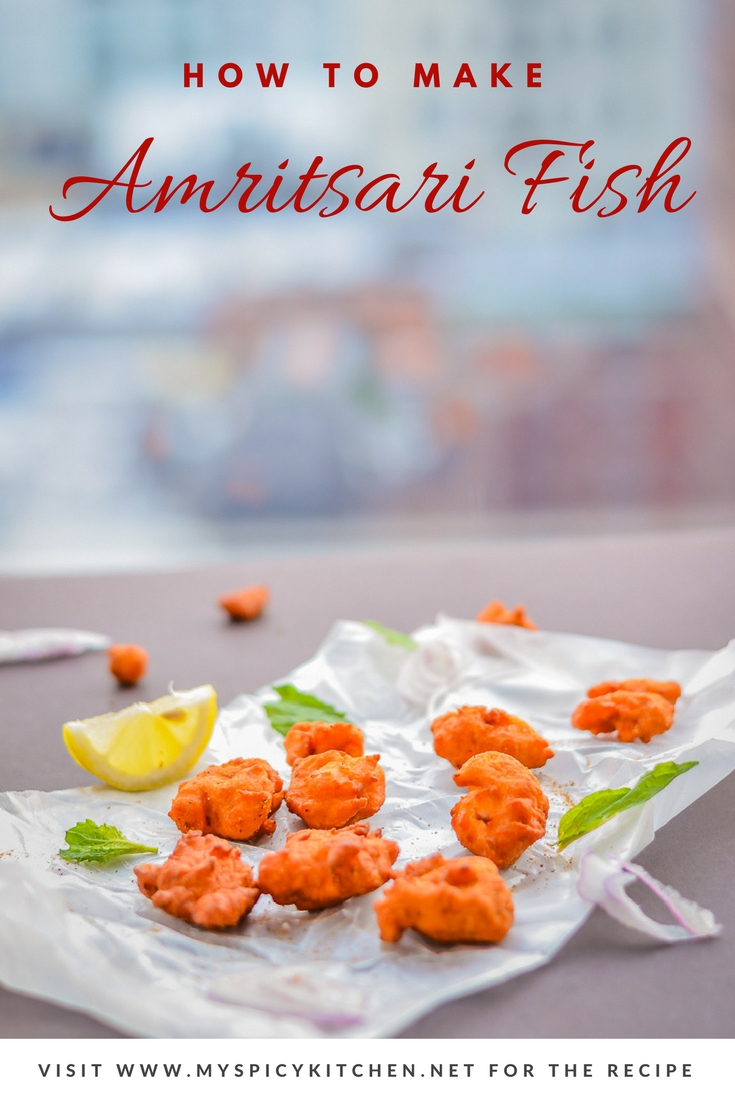 People of Punjab prefer stuffed paratha and dairy products. Some of the exclusive food of the state is makke di roti and sarson da saag. Other food popular food from the region is tandoori chicken, butter chicken, chicken tikka, bhuna gosht (lamb), Amritsari fish, dal makhani, rajma & rice, choley, kadhi pakora and phirni. Info for the state and the cuisine is from wiki.

To showcase the food of this state, I made Amritsari fish. Amritsar is the largest city in the state and is home to Golden Temple, a prominent Sikh Gurdwara. Amritsari fish is a popular street food. I found two recipes for this fish. Both recipes are pretty much the same, except one uses malt vinegar & yogurt and the other doesn’t. I liked both the recipes but liked the fish without vinegar the most. However, I found the fish fritters with vinegar much better the next day. I will share the recipe without vinegar and in the notes section, will mention about the malt vinegar & yogurt recipe.

On the day I made this recipe, I made an easy one pot meal. I had some leftover huli powder and made bisi bele bath which does not require a side curry. So that day it was BBB with Amritsari Fish!