Madhya Pradesh is the central state of India. Madhya means center. The state is surrounded by Uttar Pradesh, Chhattisgarh, Maharashtra, Gujarat and Rajasthan. The state has the largest tribal population which is cut off from the mainstream and is one of least developed states. Bhopal is the state capital, Gwalior is a historical city and, Indore is the largest city and the commercial capital of the state. 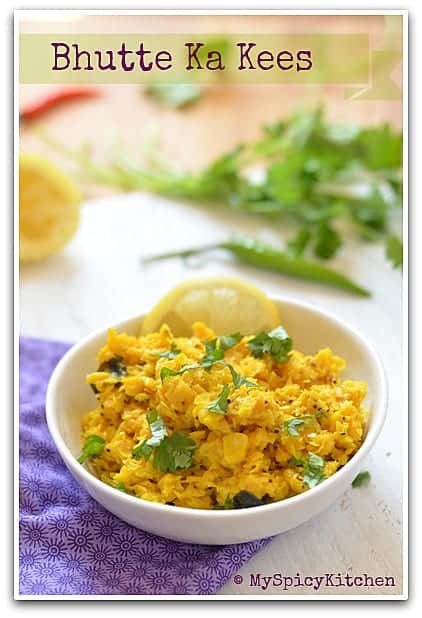 Cuisine of the state varies from region to region. In northern and western parts of the state, wheat and meat are common and in the southern and eastern regions where it is wetter, rice and fish are dominated. Cuisines of Gwalior and Indore regions use milk and milk products. Indore is known for its street food and a street named Chatori Gali in old Bhopal for traditional non-veg food. Bhopal has strong Muslim influence which is reflected in the food from the city. It is famous for its meat and fish delicacies. Some of the specialties from the state are bhutte ka kees (corn cooked in milk), chakki ki shaak, shrikand, malpua, Bhopali kababs, poha & jalebi combo, and dal bafla.

Dal bafla is similar to dal bati from Rajasthan but bafla is first cooked in boiling water, baked and then dipped in clarified butter before serving. Sometimes bafla is fried in clarified butter. I tried bafla and I liked it but husband didn’t like it. I ate it all by myself for dinner and also for breakfast the next day. I ate couple of baflas around 9am and was not hungry even at 1:30pm. It was a heavy and filling breakfast. Broken bafla in the plate are the ones that were fried/shallow fried in butter. 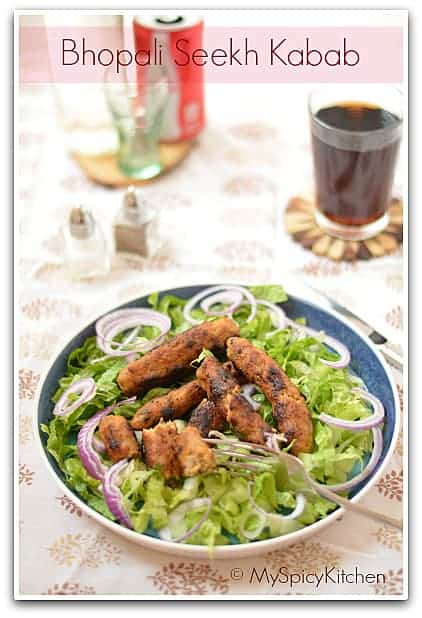 Also tried Bhopali sheek kababs and those turned out pretty good. I will share the recipe very soon. I was going to use this for the state but I wanted a dish which was more original to the state. When I searched for Bhopali kababs, most of the recipe links were from non-Indian sites and was not sure how original these kababs are to the state. Since Bhopal has lot of Muslim influence, it was natural to find this recipe from Islamic states. 4-5 days ago when I was drafting the post, bhutte ka kees caught my eye again. I had initially ruled out this recipe as it is such an easy recipe and I also I wanted to try something new. 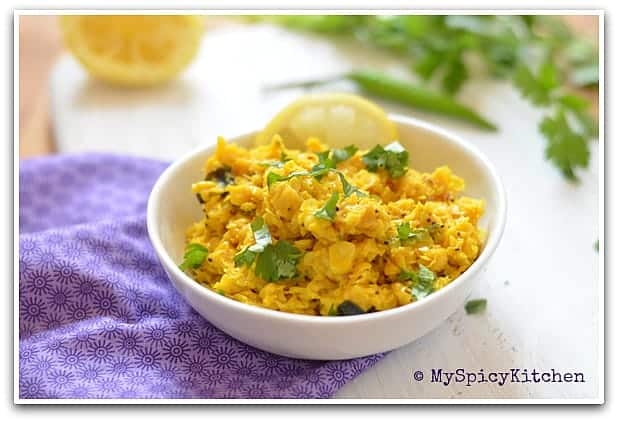 So here I am with Bhutte ka kees, a specialty from Indore. This recipe is a lot similar to crushed & sautéed corn (danchi golichina makkalu) that was very often made at home when we growing up. The version I am used to tastes really good with regular desi corn and with sweetcorn taking over the markets in India, slowly even preparation of this corn diminished. I love corn in any form and I liked it. This was my lunch on Friday. Since I liked corn and the stores are flooded with fresh corn, I picked up a pack today and made it again for dinner. When I made it the first time, I used the food processor and this time I hand grated the corn. The color today was a bit darker and not as bright yellow as in the pictures. Since U had not tasted it, I shared it with him and he too liked it. Today I did not take pictures to show the color and texture of the keese when it is hand grated. 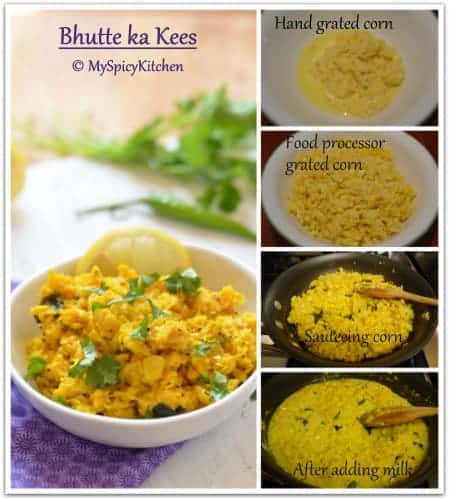