For this month, recipe for Indian Cooking Challenge (ICC) is Chenna Poda. Chenna Poda is a dessert or sweet from the state of Orissa, India. Chenna is paneer, Indian cottage cheese and chenna poda is a paneer cake. Paneer or chenna is seasoned with sugar, cardamom powder and a few nuts, and is baked for about 30 minutes. I followed Shibani’s ingredient list and also referred to Nikki’s recipe. 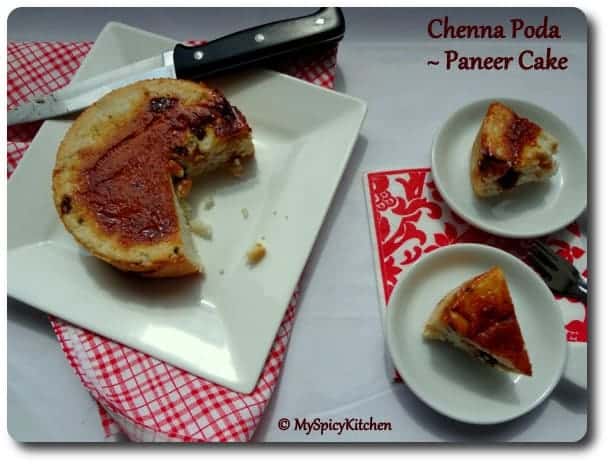 The cake preparation was easy but I had a little difficult preparing the caramel. In the first attempt, I used a nonstick pan and the sugar would not caramelize properly. Then I tried caramelizing sugar in a stainless steel pan and but that did not quite work. I think I over caramelized the sugar. However, I did manage to transfer the caramelized sugar to the cake pan. Except for preparation of caramel, the rest of the preparation was a breeze. 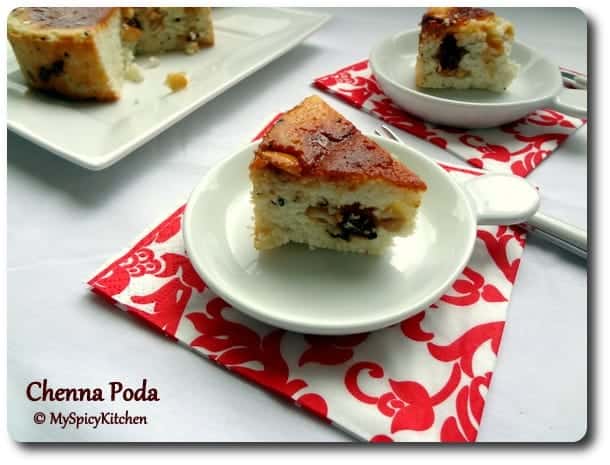 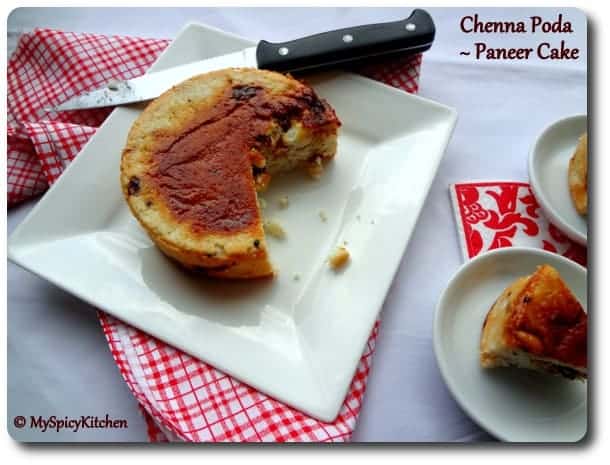 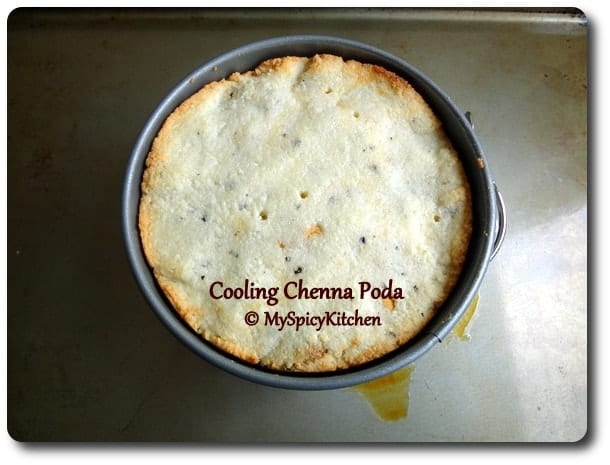