Starting today, I am doing a three day marathon with breakfast as the theme. For this theme, we need to cook anything that starts with letters E-N from this list. For the first day I have a breakfast that starts with letter ‘M’ McMuffin. McMuffin is a breakfast sandwich sold by McDonalds and there are many variations to it. Egg McMuffin is their signature breakfast. McMuffin consists of an American cheese, fried eggs and Canadian bacon on toasted English muffin. 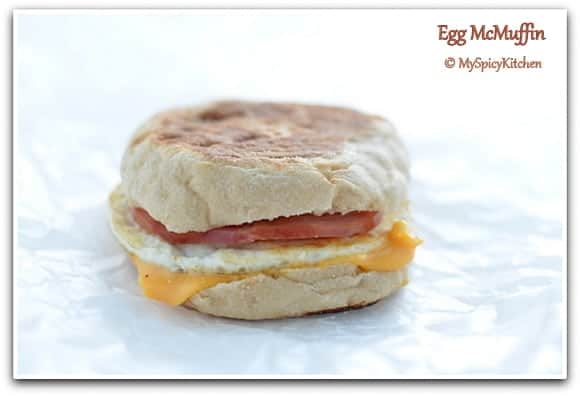 The first time I made these McMuffins I used Canadian bacon and the second time onwards I make with sliced ham. We like ham better than the Canadian bacon. To get a perfect round fried egg, I used nonstick rings but biscuit cutter will work too. McMuffin is very filling and heavy. The day I made it for breakfast, I ate around 8:30 am and was not hungry until 2 – 2:30 in the afternoon and that day I skipped lunch and ate some snack. 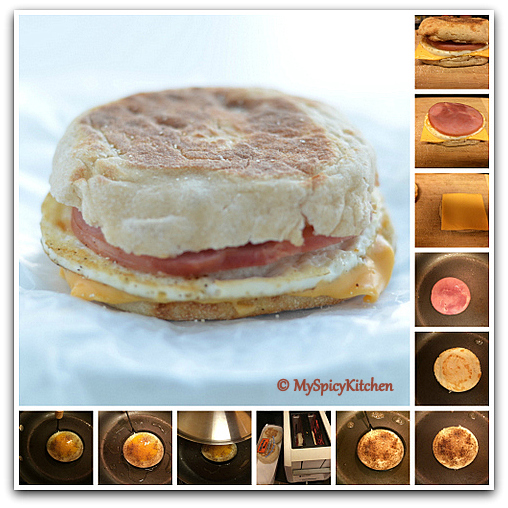