Three years ago Champa started an event called Bake-a-Thon where she did a month long baking marathon in the month of December. Following year, she modified the rules and made it 3 days a week for the month of December. This year Champa is not going to join the bake-a-thon and Valli asked some of us if we would be interested in joining her. Since it is only 3 days a week, it sounded doable and I am joining the group of bakers for this year's Bake-a-Thon. This month I will be posting a bake every Monday, Wednesday & Friday, a total of 14 bakes starting today and ending on the 31st. 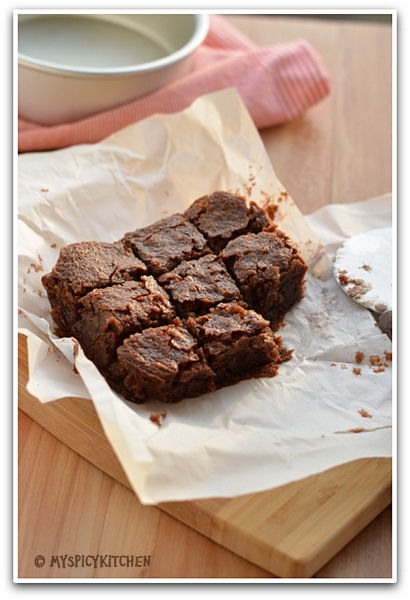 Other than the above mentioned substitution of ingredients, I followed the recipe as given. Oh, I made half the recipe and since I did not have a small square pan, I baked the brownie in a 6″ round pan. I love chocolate and I liked this fudgy brownie though it was a bit on the sweeter side. Despite having a sweet tooth, it was a bit too sweet for me. That could be because I used semi-sweet chocolate chips. Though my apple sauce says no sugar added, I am unsure if the sweetness was from the apple sauce or the semi-sweet choco chips. Regardless, we liked the brownie and finished it off the same day. 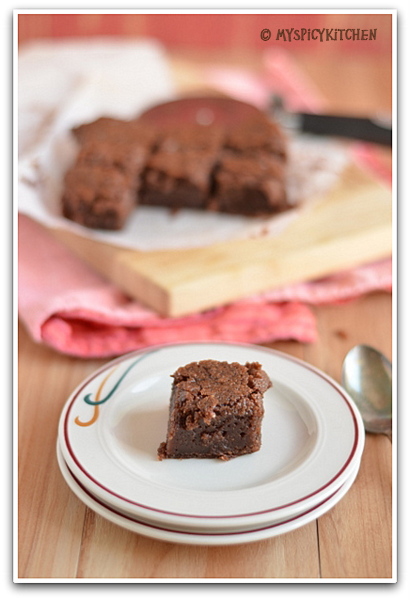 This day in 2009 - Snow Flecked Brownies