Fresh cranberry pecan brownies are rich, tart and not very sweet decadent brownies with lots of pecans. It is a great snack for anytime of the day and also a dessert with some ice-cream. 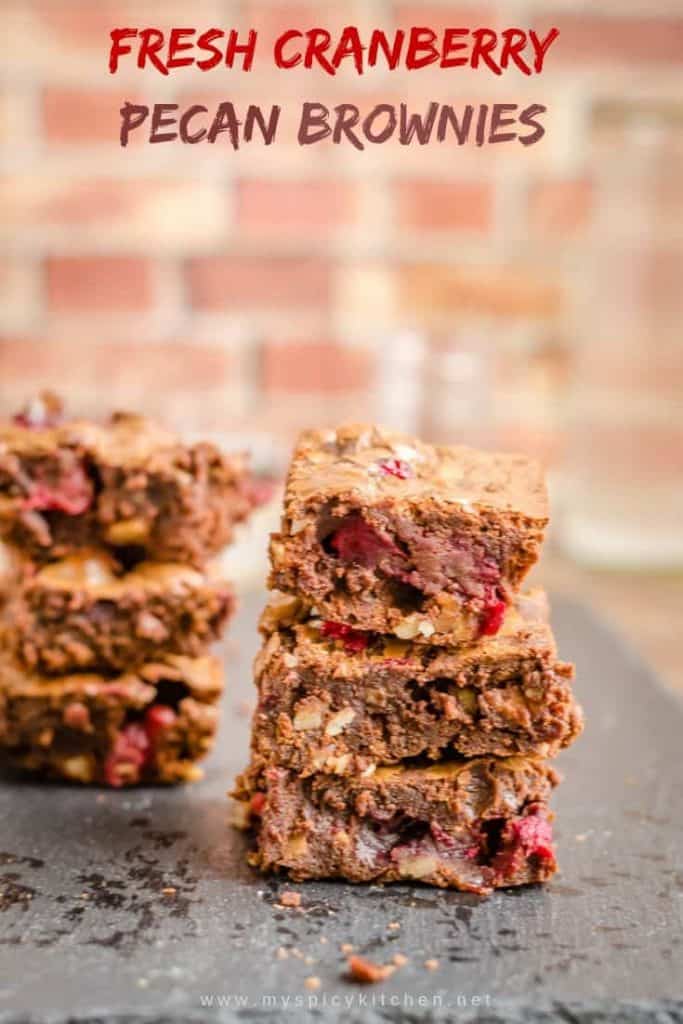 Theme for this week is Elevenses. Elevenses is an English tradition where tea or light snack is served around eleven am. It is a second breakfast or a light snack served midday and is also a light meal that keeps one going until lunch time. Consider it a short, late morning break for refreshments.

What is served for Elevenses?

The food and time of Elevenses varies from country to country. In Britain, it is a light snack; cookies, brownies, scones, biscuits and sandwiches served with some tea. In India there is no elevenses concept but some people do have a second cup of tea, coffee or a refreshing drink around 10 or 11 am. 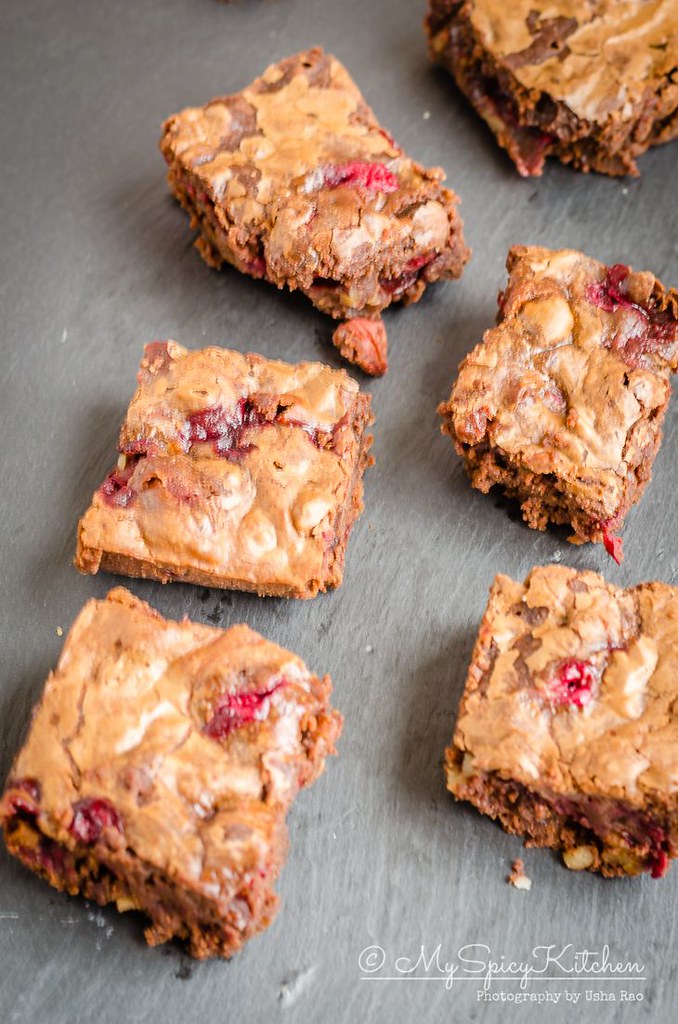 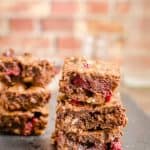 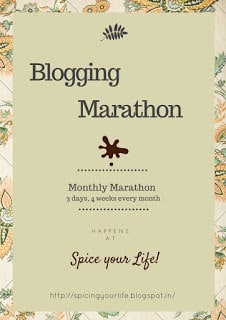