This month, food of the world is traveling to New Zealand. I did not do much research on the cuisine and decided the recipe the moment it is New Zealand for this month. Though the recipe was decided long ago, I made it only today. I had bookmarked this recipe year and a half ago when we did A-Z countries, around the world in 30 days. Then, I decided to go with ANZAC cookies for New Zealand and this ice-cream remained in my bookmarks. 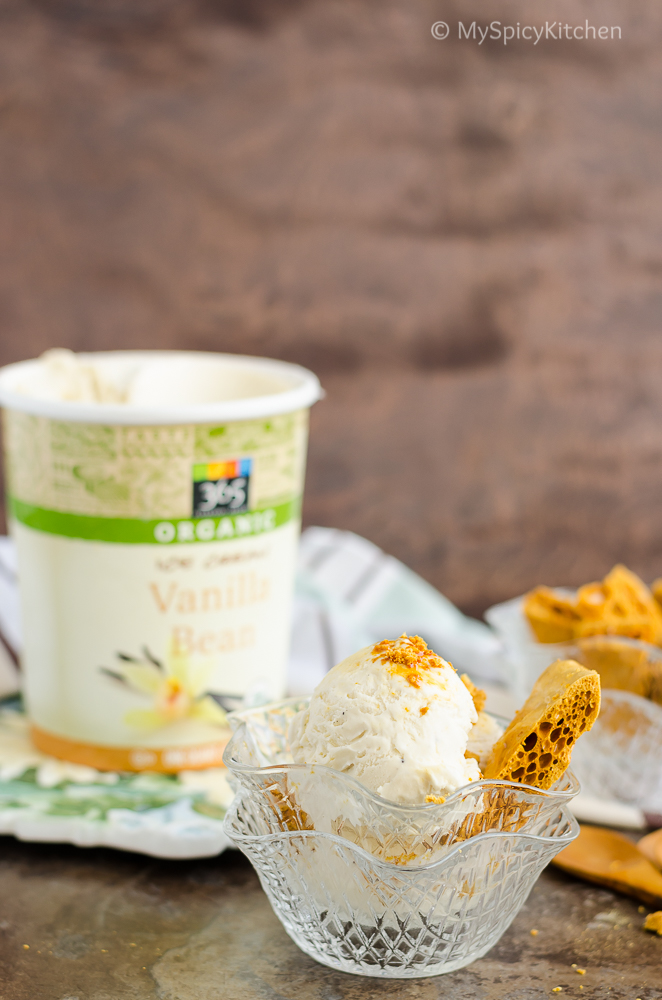 Hokey pokey is a flavoring added to ice-cream and it usually goes well with vanilla ice-cream. Hokey pokey is honeycomb like brittle or toffee, that is served with ice cream. In fact, I came across couple of recipes that called it honeycomb toffee and in New Zealand it is hokey pokey. 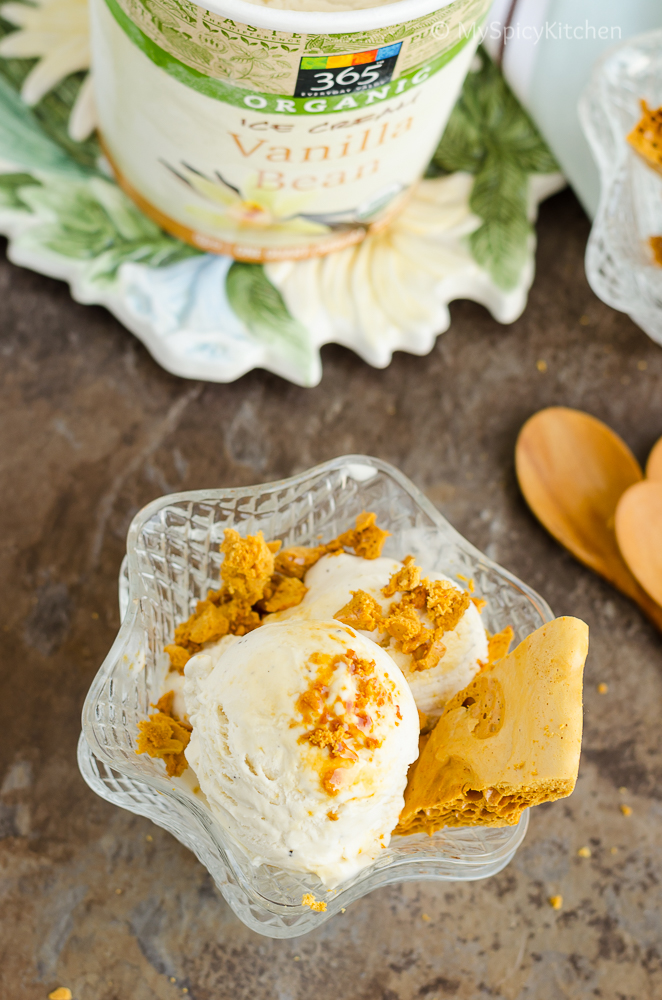 It is prepared with caramelized sugar and golden syrup or honey. Once the syrup reaches a hard ball consistency, baking soda is added to achieve the honeycomb texture. The syrup is then poured on a baking sheet to cool. This brittle/toffee is then broken to pieces and served with ice-cream. I was a bit intimidated with the preparation but it is actually very easy once we figure out the science behind it. The intimidating part of the preparation is the way the caramel syrup rises when baking soda is added. I never tasted hokey pokey and I liked it with ice-cream. Husband thought it was ok.

Update (May 18) - I had some leftover hokey pokey after serving it with ice-cream. I ate most of it without ice-cream. Last night husband saw it and finished all of it and said he likes it better this way than with the ice-cream. So, this can be eaten as it is or served with ice-cream. 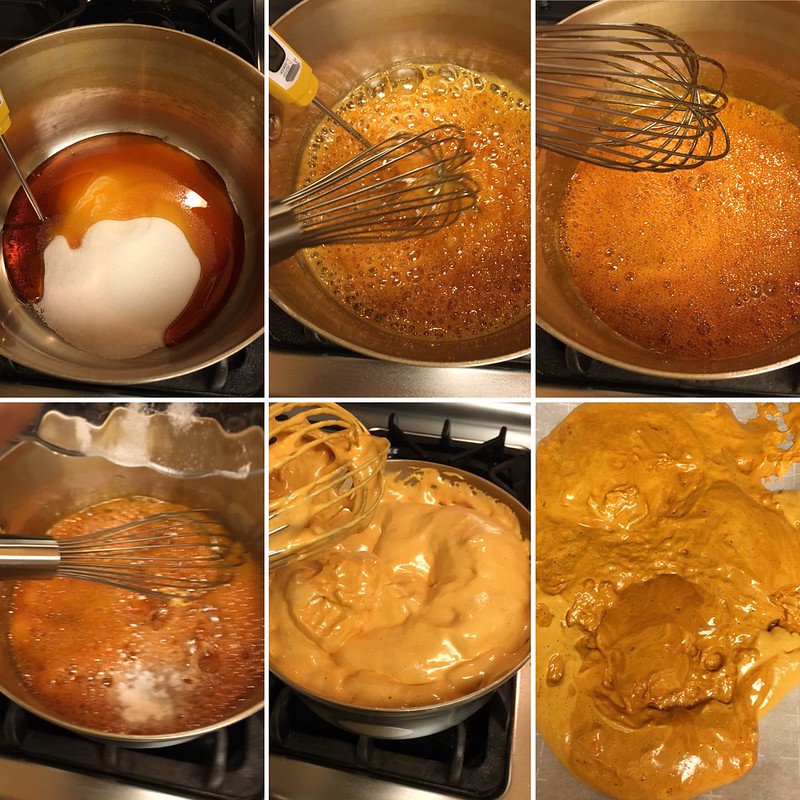 Please add your New Zealand recipes to the linky below and visit my co-host to see what they are cooking.