For the 10th alphabet J, we travel to the Caribbean nation of Jamaica. Jamaican cuisine is influenced by Spanish, British, African, Indian and Chinese cuisines. Jamaica was first a Spanish colony and later under British rule. When slave trade was banned, British brought in Indians and Chinese workers. When there are so many nationals in a country, the cuisine is invariably bound to be influenced by the cuisines of all nationals living in the nation. Most popular spice from this island nation is jerk spice. Jerk is a style of cooking where the marinade or spice rub is rubbed into the meat and then cooked. Traditionally pork and chicken are used but nowadays this spice is used for seafood, tofu and lamb. The two key ingredients in this spice mix are allspice and scotch bonnet peppers. Jerk chicken was my first choice for this country but husband wasn’t interested in it. 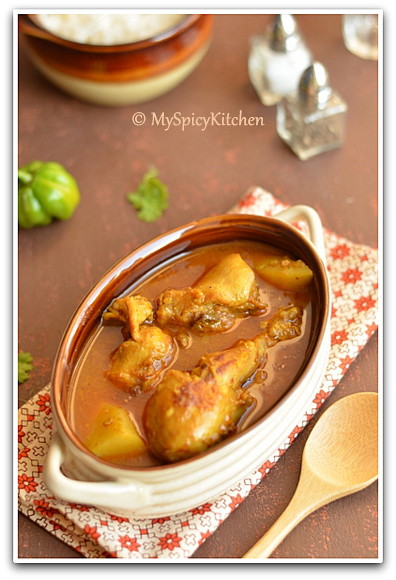 Few days ago Mireille got me a goodie bag which had a pack of Jamaican curry powder, hot & spicy duck/goat curry powder, salted cod and few other ingredients. I made Bermuda breakfast with salted cod that very weekend. Breakfast had few components to it and everything was good and the cod was ok. That was the first time I tasted and cooked salted cod. I do not know how it is supposed to taste and even if I cooked it properly. Since it was the first time I cooked it, I would go with the later, might not have cooked it right. As I was not satisfied with it, I took the safe route and made Bangladeshi chicken for letter B. 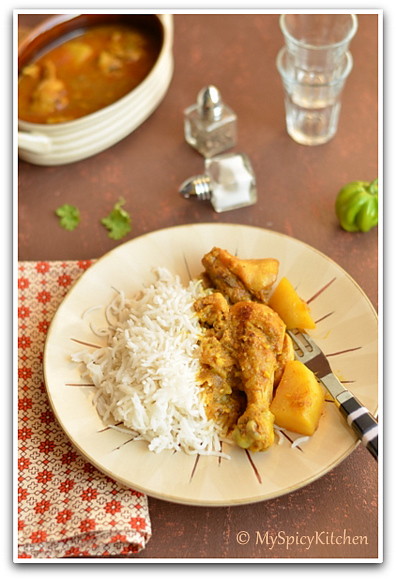 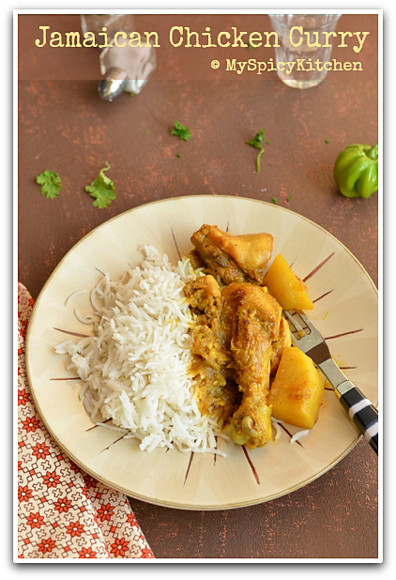