This month food of the world is in Madagascar. Madagascar is an island nation in the Indian Ocean off the southeast coast of Africa. Nation consists of the island of Madagascar and numerous smaller islands. Country was colonized by the French in the late 19th century and was a French colony until it gained independence in 1960. The Malagasy cuisine is influenced by the early settlers from Southeast Asia, India, Africa, Europe and China. Though rice is staple, the cuisine is also influenced by the French. I found some interesting recipes online and bookmarked a few recipes. Due to lack of time, I made this simple avocado salad. Fermented fritters and a chicken dish are on my todo list from this country. 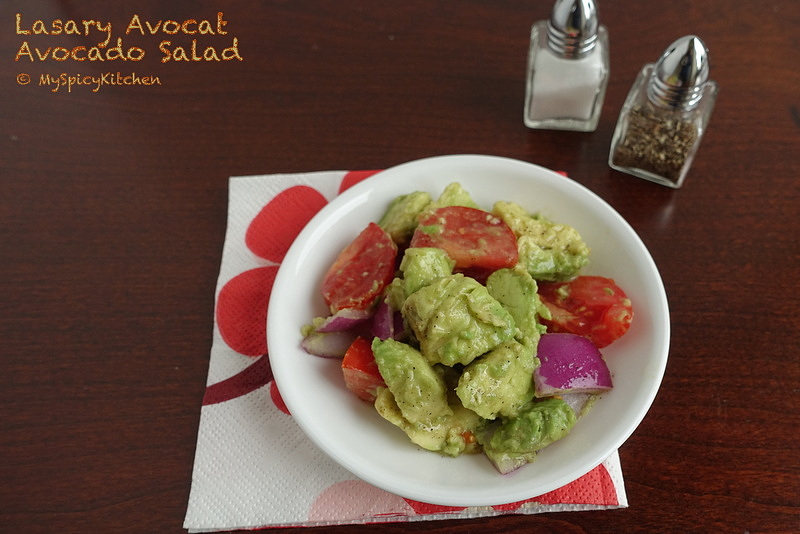 When I made the salad, I did not read the recipe properly and made it like a regular salad by dicing the avocado and tossing it with the vinaigrette. Actual preparation calls for cutting the avocado into two, removing the pit and pouring the vinaigrette in it. The vinaigrette is prepared by whisking together tomato, green onion, oil, lime juice, salt, pepper and Vinegar. If you like avocados and guacamole, you will like this salad, regardless of how it is prepared. 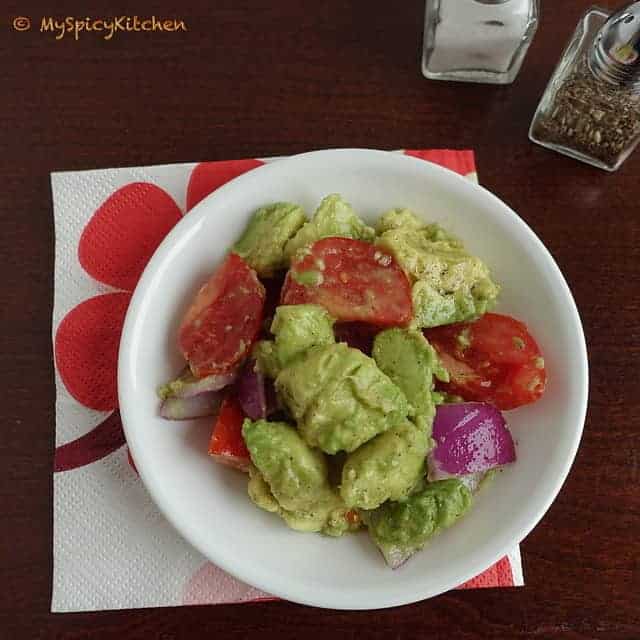 Please add your Malagasy recipes to the linky below and visit my co-host to see what they are cooking. 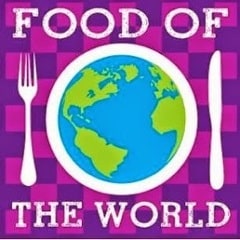