After a break on Sunday, we resume our A-Z Challenge culinary Journey Through Telangana Cuisine with letter ‘O’. Like the last two letters, my ‘O’ was finalized long ago and odappalu were my first and last choice for the letter. There aren’t any vegetables or food items starting with ‘O’ in Telugu, except odappalu. There is oma or voma (ajwain) but there isn’t any food that is prepared with oma as the main ingredient. There is a home remedy for cough and cold using oma, I guess that would have been my last resort, if not for odappalu. When I was little, maybe 7 or 8 years old, or even younger, I remember this one conversation between my paternal grandmother and her co-sister, who is cousin A’s (the one who assisted in making chegodi) paternal grandmother. Every year my grandaunt visited us in summers during pickling season and prepared variety of mango pickles to last a year. My grandaunt was a very good cook and very quick in the kitchen. She lived in a nearby village, 20-30 minutes drive from my town but she hardly visited us or traveled anywhere. Whenever she did visit us, she use to make a variety of food; usually palaharam, sweets and pickles. During one such visits, she made some palaharam (traditional snacks that had a long shelf life) when the above mentioned conversation occurred. Conversation was about odappalu, that same dough is used for both chegodi and odapplau, and the only difference is, chegodi are shaped into rings and odappalu are pressed into garelu. That is the only bit of information I remember about odappalu and do not even remember seeing the final product nor tasting it. 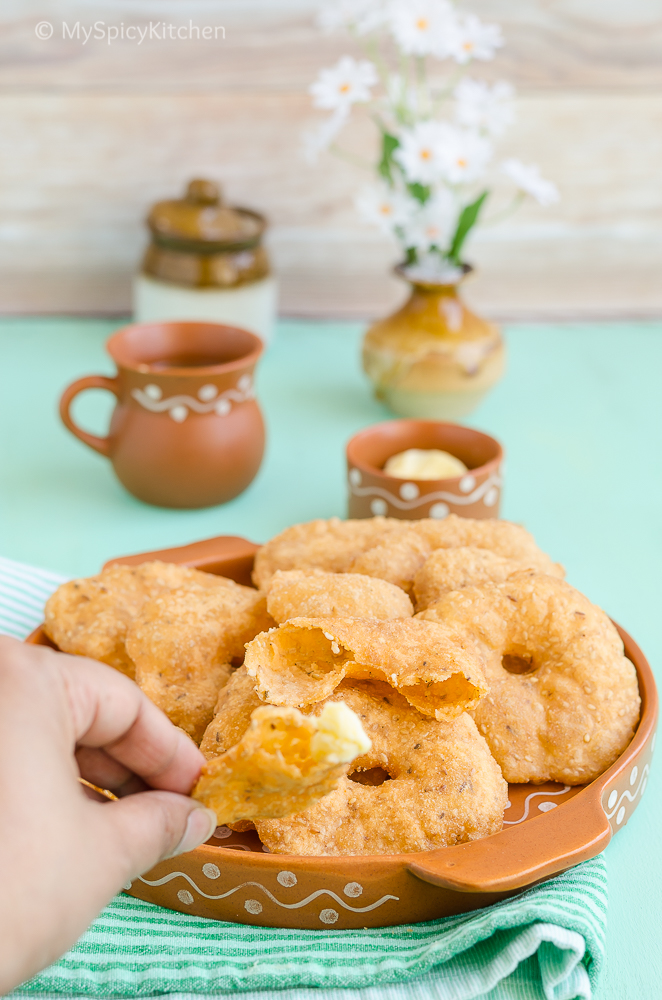 Last December/January when I asked amma to cook some palaharam for the blog with cousin A’s assistance, I had brought up odappalu. Cousin didn’t know what I was talking about. Amma said she remembers odappalu but hadn’t made it in years, maybe even in decades and that it is eaten with venna (butter). I did not probe further. Since I had the recipe for chegodi, I made odappalu after coming back to US. I pressed them thin like we do for palli garelu (chekkalu) and husband liked those a lot. But, what bothered me was why amma said these are eaten with butter, when palli garelu are eaten as it is? I asked amma how odappalu are suppose to look and that mine were crisp and crunchy. She said I might have pressed it very thin. These should not be as thin as palli garelu (chekkalu) and not very thick like pesara garelu (moong dal vada). She also said these appalu are pressed and fried right away, just like pesara garelu, and are puffy. Below is the picture of how my odapplau looked the first time I made them. Since the taste was good, I can rename these as nuvvula garelu (chekkalu) and post it later. For now, it goes to my magic folder, hoping to enrich it just like PJ's.. 😉 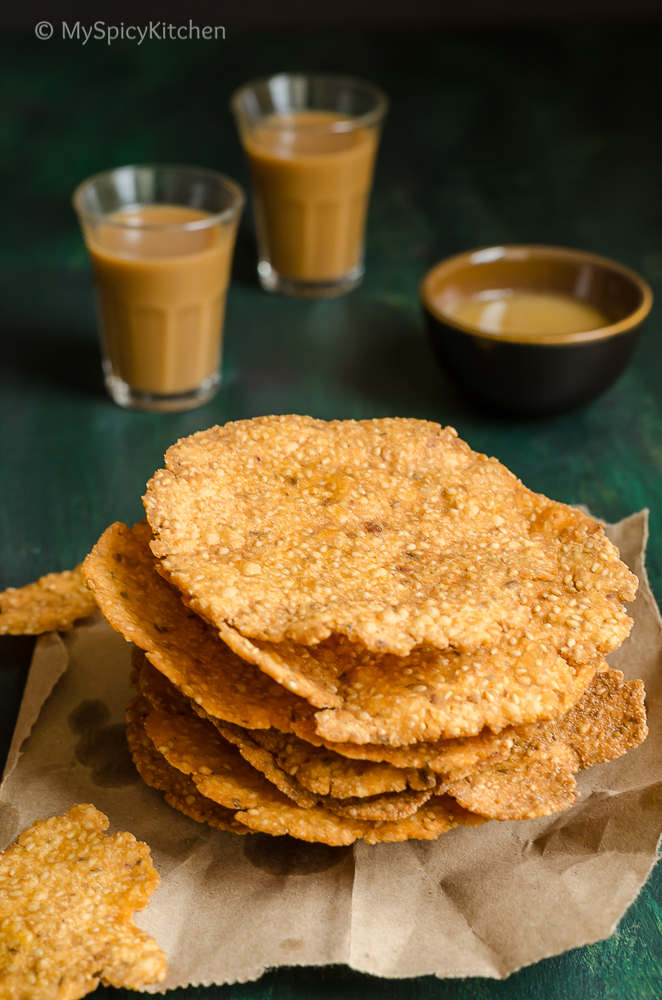 I made odappalu again following amma's suggestions and this time I made half a batch without onion garlic paste and other half with the paste. Both the appalu came out yummy though I preferred the ones with onion garlic paste. This time husband did not taste these appalu but I ate them all day all by myself for breakfast, lunch and as an evening snack. I made a hole in the middle for all the applau except for one. You can see the tiny appa in the middle of the platter in the first picture, which puffed like poori. Odappalu with a hole in the middle can be called instant rice flour garelu (vada) and the ones without a hole as rice flour masala poori. 🙂 As for the taste, it tasted like masala poori. 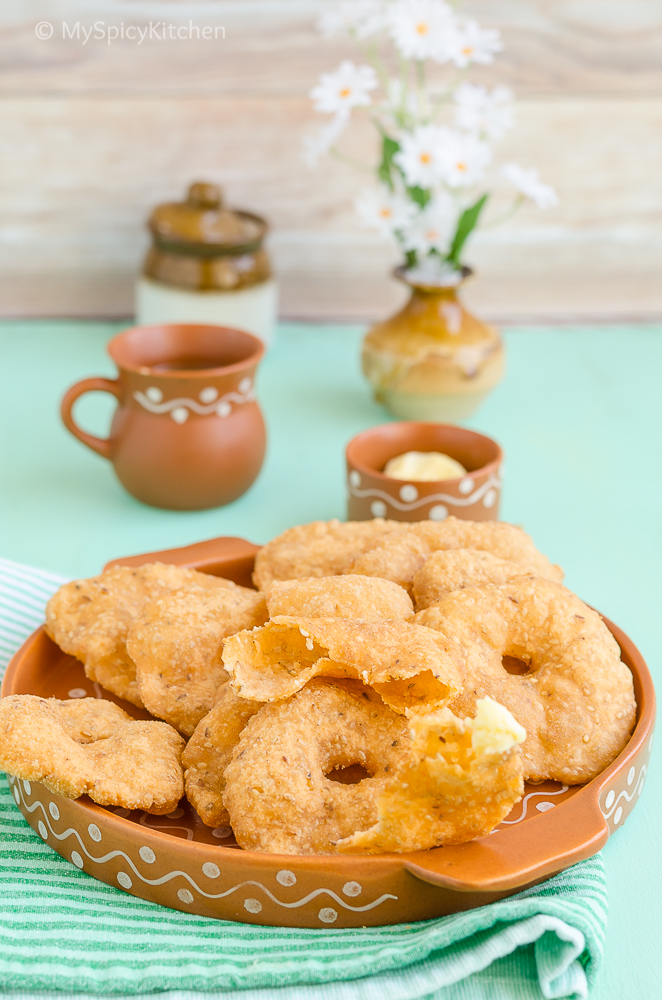 This day in 2012: Chili Rubbed Roasted Chicken
This day in 2014: Tungtap & Jadoh from Meghalaya
This day in 2015: Ispanaki Pide ~ Turkish Pizza
Events: This post also goes to A-Z Challenge for day 15, letter 'O'.