Potlakaya is snake gourd and is a long vegetable belonging to gourd family. It is a fruit which is eaten like a vegetable. Since it is very long, it is called snake gourd. I used small to medium sized gourd and you can see how long it is. I had to cut the gourd into pieces to include it in the frame. 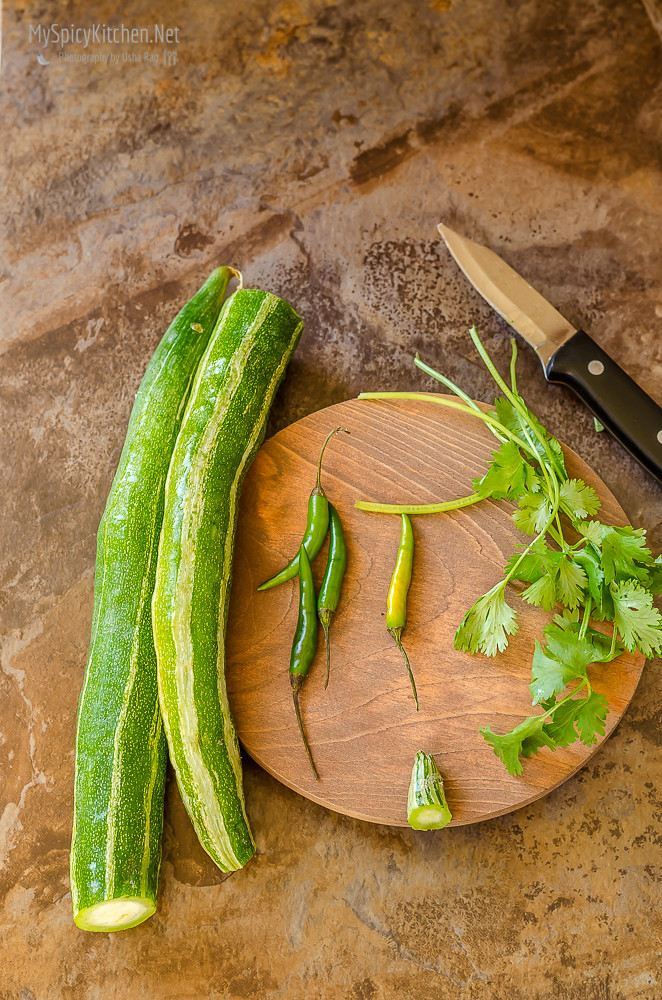 You must be wondering why I am talking about potlakaya when I should be doing a yogurt recipe! Well, since I don’t eat yogurt with rice, which is a norm in South Indian, I always look for other ways to incorporate yogurt into my diet. I usually make lot of raithas and also perugu pachadi with vegetables that need to be cooked before consuming. 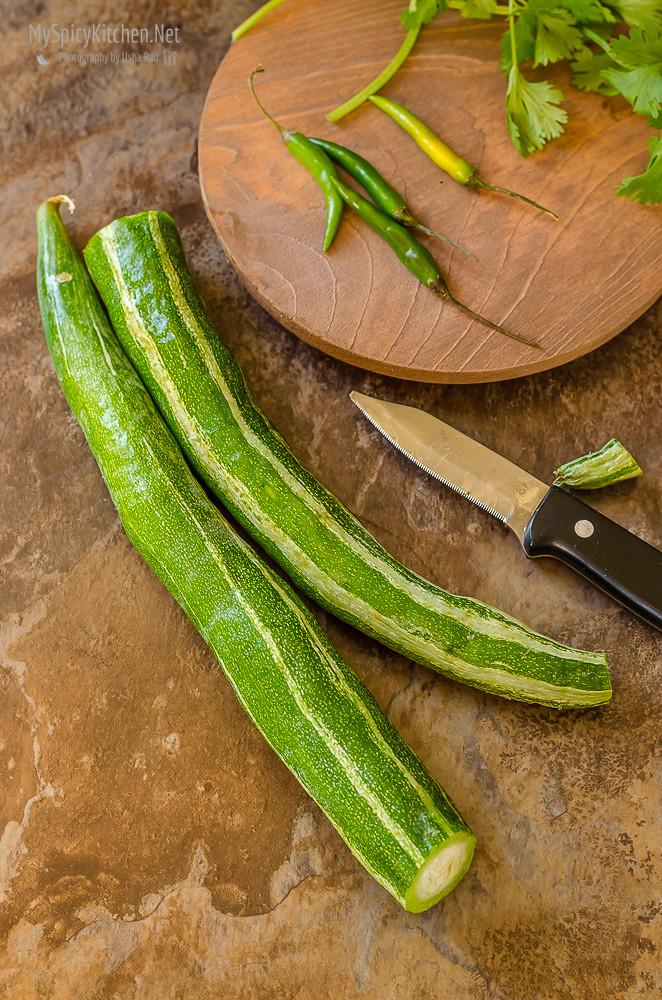 The next recipe for this week, cooking with yogurt, for the Cooking Carnival, Cooking with Protein Rich Ingredients is potlakaya pachadi ~ snake gourd pachadi. 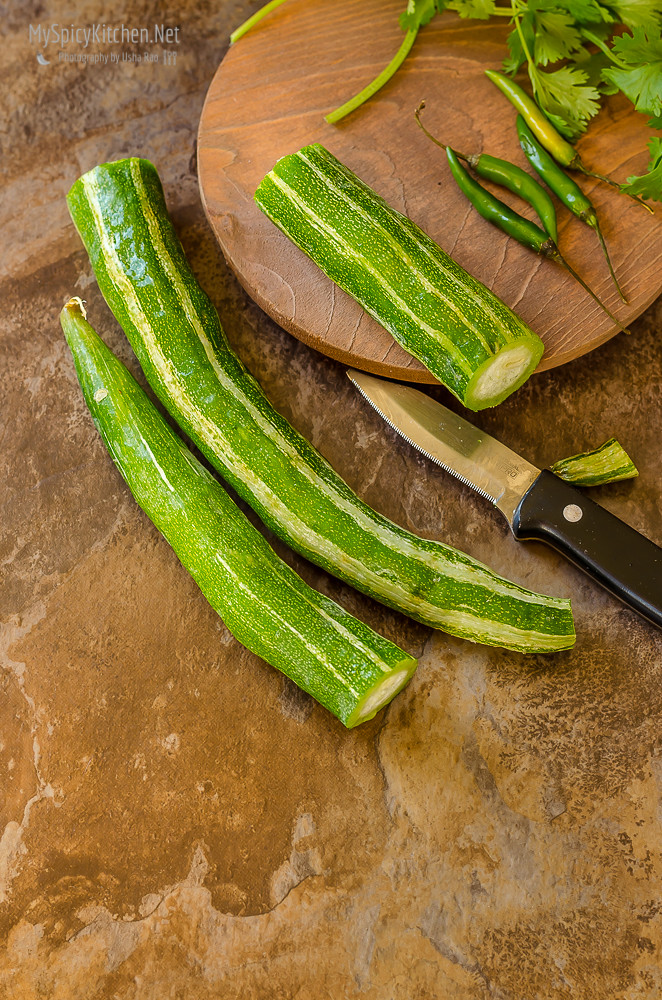 Potlakaya pachadi is a common preparation in many Telugu families and is one of the oldest preparations. This is also prepared in some of the other South Indian states as well. 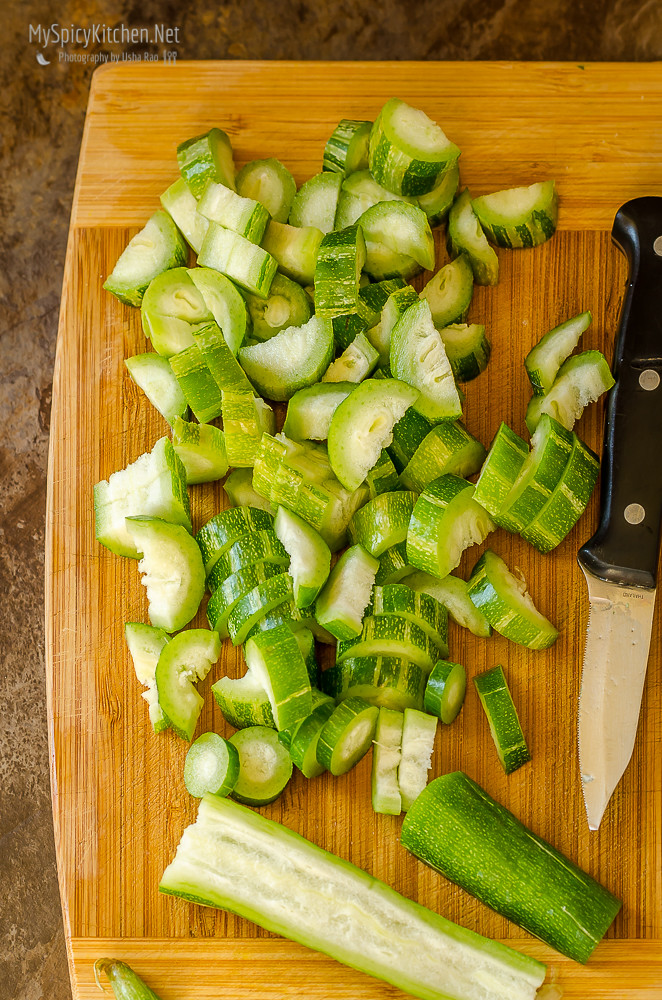 Snake gourd is cut into pieces, cooked and mixed with yogurt. A tempering is poured over it and served with plain rice. I like this pachadi as it can be served as a side dish and also as a snack. In fact, I eat most of the perugu pachadlu and raitas as snack and isn't it a heathy snack!! 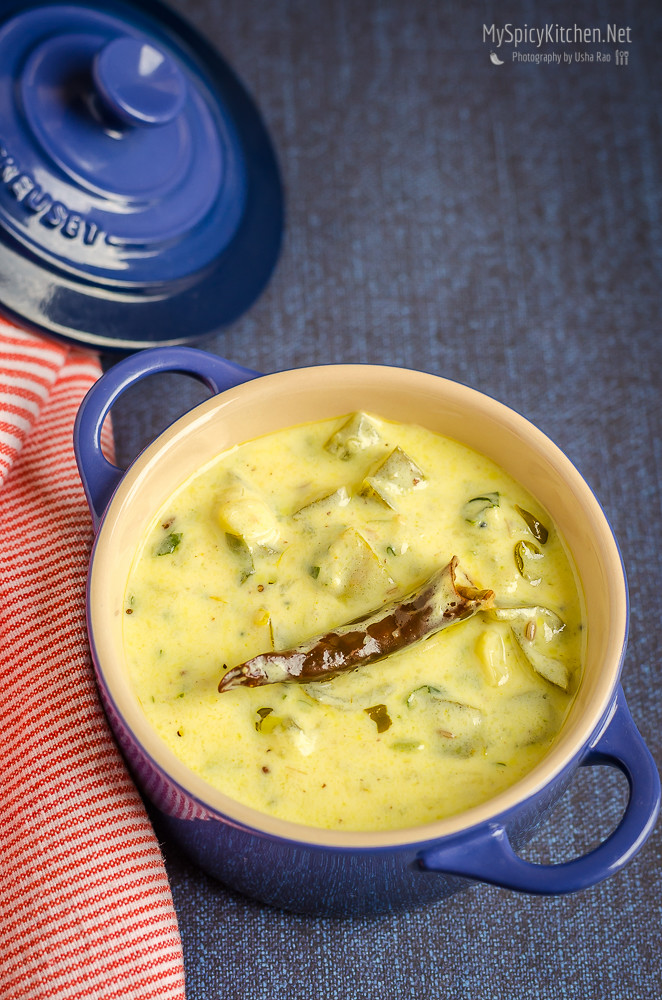 I was not happy with the pictures I took the day I prepared the pachadi. I had some leftovers, I saved the leftovers for 2-3 days to take some decent pictures. I was unsure if could do Indian groceries before I post this recipe as I do these groceries once in 3-4 weeks or sometimes even longer. As a backup, I wanted to have some decent pictures. I personally prefer taking pictures immediately or on the day the food is prepared. For some reason, the texture, the freshness of the food is no longer there once it is refrigerated. At least I have not had good luck photographing leftover food. Surprisingly, I have been lucky with these pictures and with ground chicken pictures. These are lot better than my previous attempts.