Black forest cake is a German chocolate cake layered with whipped cream and cherries. I made the Indian version of black forest cake, which is easy to bake and put together with ingredients readily available in any pantry or near by supermarket. 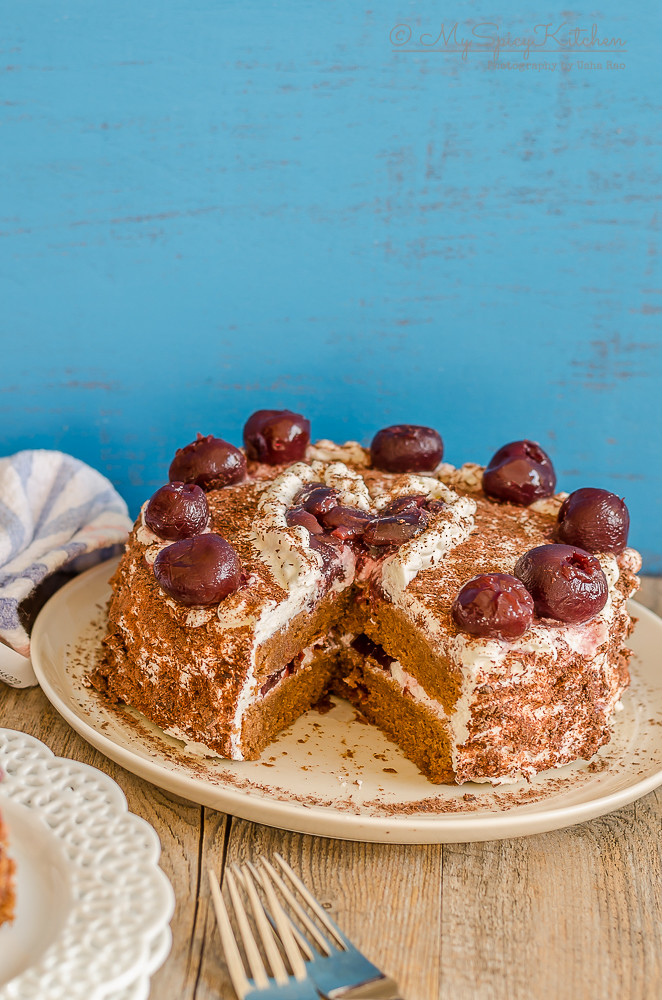 I made the cake few days ago for our marriage anniversary. I used a genoise chocolate sponge cake and decorated the cake with freshly whipped heavy cream and canned cherries. I got this recipe from a cooking class I attended years ago in Hyderabad, before I moved to US. I also have a black forest cake recipe from that class. That recipe calls for genoise sponge cake, boiled chocolate frosting and whipped cream. I tweaked the recipe and took the easy route. I baked the sponge cake as per the recipe and used just whipping cream for decorating. 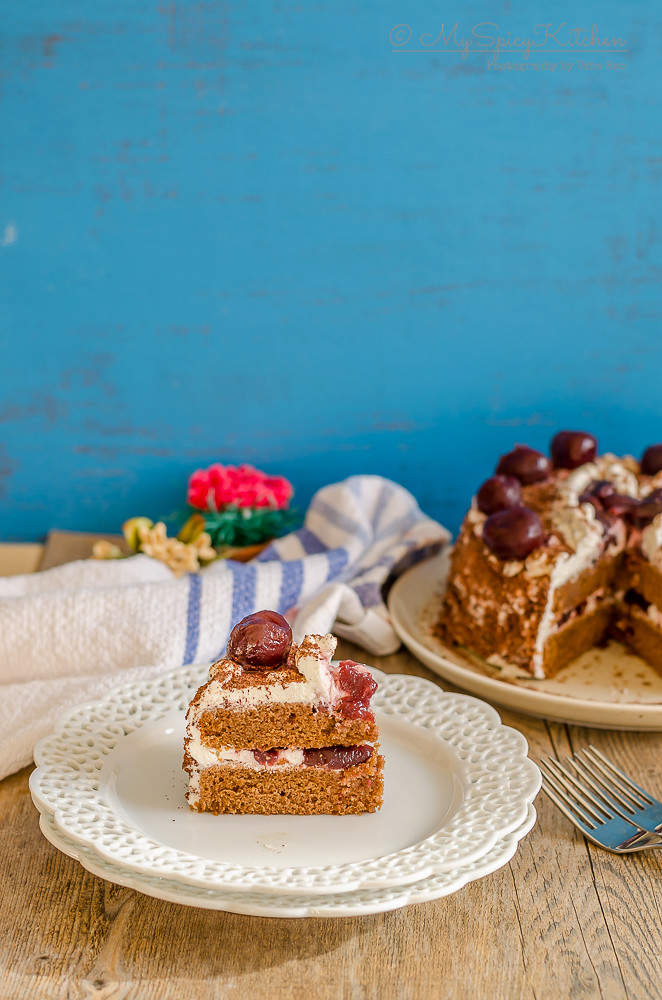 I made a small cake, 6” cake and it was the perfect size for just the two. In fact, that day Mr U skipped lunch and ate only this cake. Though I wasn’t happy with the decoration, the cake tasted amazing! Cake was spongy, moist and melt in the mouth kind.

Though black forest cake is rich with all that whipped cream, the sponge cake itself is almost butterless, with only 1 ½ tablespoon of butter, unlike most cake recipes that call for lot of butter. I don’t know why I didn’t bake this sponge cake sooner! This is going to be one of my go to cake recipes from now on. The only tricky part with sponge cake is beating sugar and eggs to right consistency before folding in the flour. 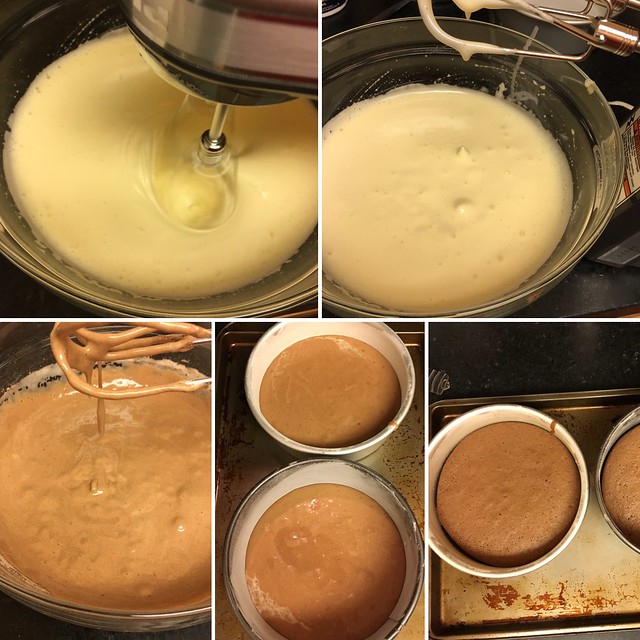 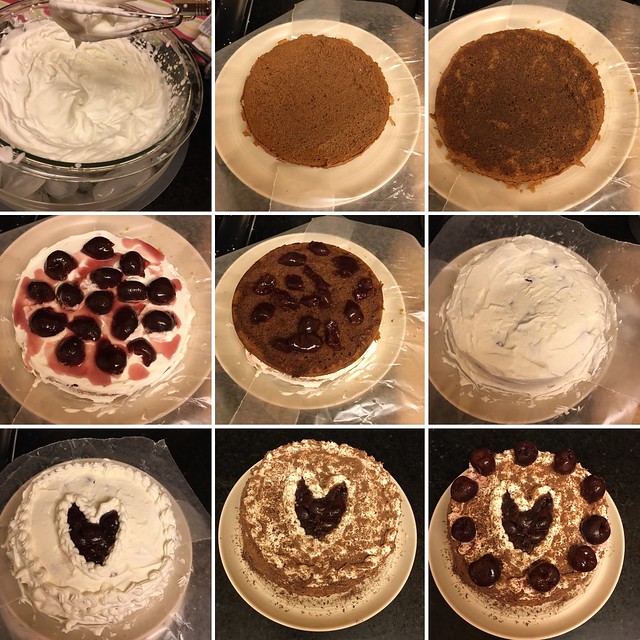 Events: This goes to this week's Cooking from Cookbook Challenge.