For the finale of the marathon, I thought of making molten lava chocolate. It has been on my to-bake list for a long time and that was the first recipe I listed down when I decided on chocolate theme for this marathon. 3-4 days ago I went to Whole Foods to pick up some pizza dough and when standing in the checkout line, I saw a Cooking Light special edition magazine. I browsed through the magazine and Mexican Chocolate Cream Pie caught my eye and moreover, it would go with my theme. I bought the magazine, showed it to Mr.U yesterday and asked him if he likes any of the recipes from the magazine, not necessarily desserts. I would make it. He wanted me to make Mexican Chocolate Cream Pie. I was in no mood to make it yesterday and more over, I am a little intimidated making custard/pudding with eggs. I have made it in the past, but I am always afraid I might mess it up.

This morning I was leaning towards molten lava cake and U asked if I was making the pie today. And here I am, with the Mexican Chocolate Cream Pie. I followed the recipe as given with a few substitutions as I did not have those ingredients in my kitchen. I substituted espresso powder with instant coffee, frozen cool whip whipped topping with reddi whip and I skipped chili powder as it is an optional ingredient.

The pie turned about good but I would make a few changes the next time. Pie crust called for cinnamon powder and I did not really care for it. I might cut back a little on it or skip it all together. U liked the cinnamon flavor though. I also found the pie crust little crispy and very firm. I would reduce the baking time for the crust, the next time I bake it, I wanted to get cool whip whipped topping but U wanted to tasty the pie right away, so I used Reddi whip. I would recommend using Cool Whip instead. Also, do not be intimated by the lengthy ingredient list. It is a very easy preparation. Make & bake the pie crust, prepare the custard, fill it in the pie and refrigerate until set. That’s it! 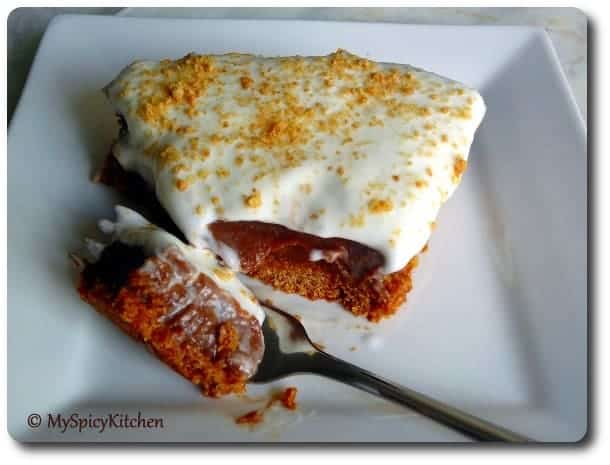 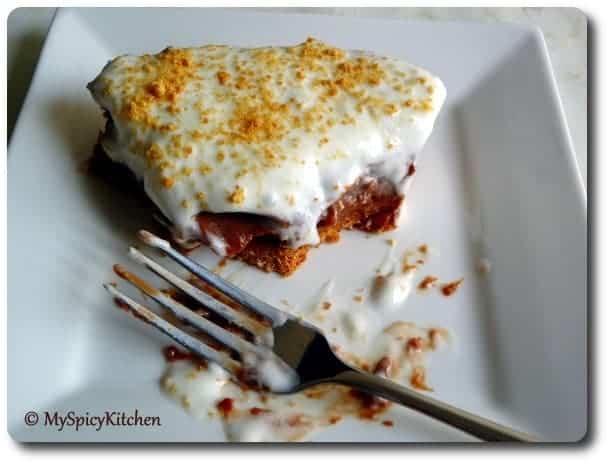