For this week’s three day blogging marathon, my theme is bhurji recipes. We usually associate bhurji with eggs, followed by paneer (Indian cottage cheese). For this month, Valli challenged us to cook variety of bhurji recipes, not necessarily with eggs. I initially thought of doing eggless bhurji recipes and later decided to include the eggs as well, though the key ingredient is/are vegetable(s). I hope you like the recipes. Also do check my other bhurji recipes; egg bhurji , paneer bhurji, scrambled tofu. Egg Bhurji is Indian style scrambled egg with onions and greens chilies. There are many variations to egg bhurji and one such is Mumbai / Bombay style egg bhurji. Onions are a common ingredient in Indian egg scramble and rest of the ingredients vary depending on the region and from household to household. I already have an egg bhurji recipe on the blog and while I was surfing the net for other variations, I found Mumbai style bhurji which has Pav bhaji masala as one of the ingredients. Rest of the ingredients and the preparation is similar to my recipe. 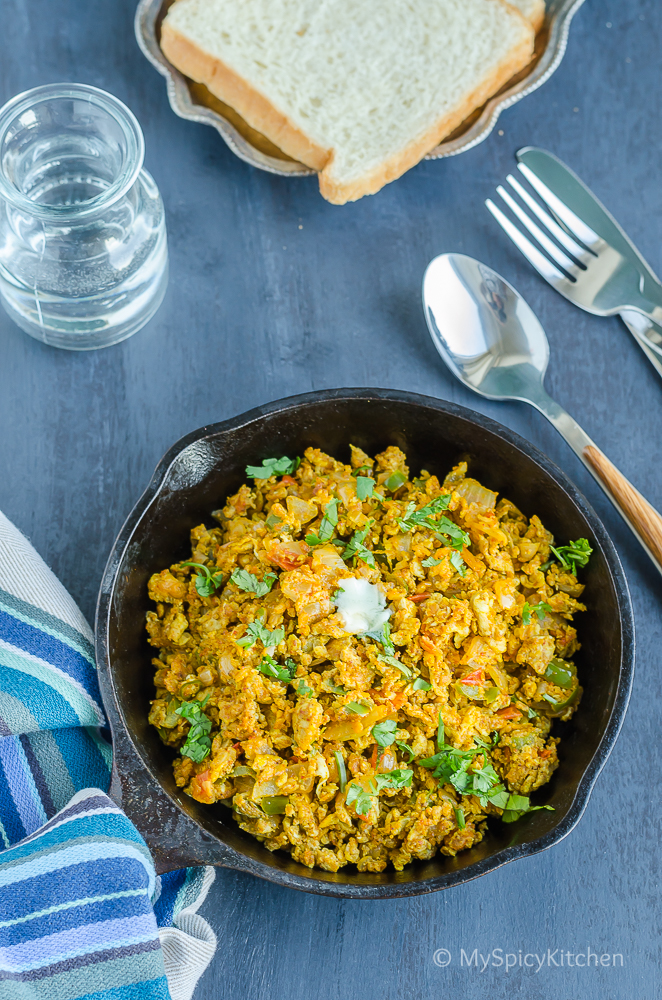