In this A-Z challenge, Journey Through Telangana Cuisine, I knew right away what I was going to do for some of the letters. One such letter is ‘P’. It was always ‘P’ for pachi pulusu and since pappu also starts with ‘P’, decided to make it a combo on the day I prepared it. Pappu & pachi pulusu is a classic combination. I made a mildly spiced pappu but mudda pappu (dal seasoned with only salt) is also a choice to serve with pachi pulusu. Pachi is raw and pulusu is tamarind extract/water/juice in Telugu. Pulusu is also refer to tamarind based curries. Pulupu is tangy and, anything that is tangy and predominantly prepared with tamarind is pulusu. Pachi pulusu is usually prepared in Summer's when it is scorching hot outside and one would prefer something cool. Due to its cooling properties, pachi pulusu is usually prepared in summers and is usually served chilled. Apart from refreshing and invigorating properties, it also aides in digestion. Pachi pulusu is an easy preparation. Lot of sliced onions are added to tamarind juice, seasoned with crushed roasted chilies, salt and sugar, and a tempering is poured on top. Since pachi means raw, this pulusu is never heated, tempering is poured over the pulusu and not the other way round.

My father loved meat and could not swallow a morsel of rice without non veg. On Saturday’s he didn't eat meat and this was his favorite combo. When I made this combo, for lunch I served myself some vadiyalu and for dinner I made some chicken fry. The recipe below serves at least 6-8 people and that is lot of pachi pulusu for just the two of us. This lasted me 2 - 3 days and enjoyed each meal. Before getting to the recipe, if you think I have become a vegetarian this month, then you are mistaken. I have non-veg recipes coming up this week. 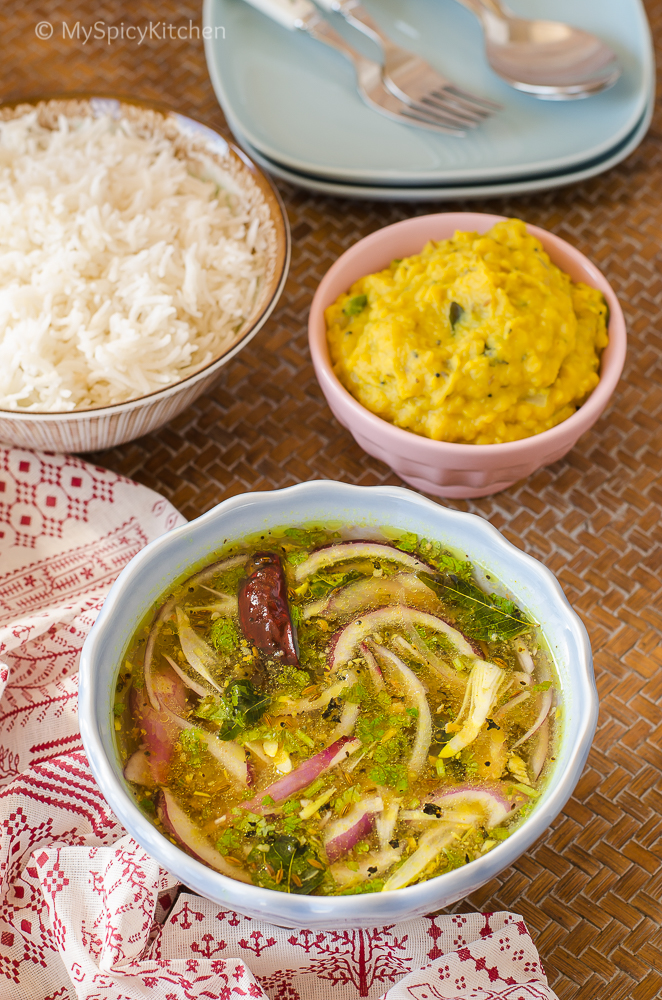 Pachadi - is used to refer to both noorina pachadi (chutney) and niluva pachadi(pickle). Noorina pachadi, also know as roti pachadi is a chutney prepared by grinding together all the ingredients and does not have a shelf life. Rolu is stone mortar and hence roti pachadi since the pachadi is ground in a rolu, though the common usage is noorina pachi to refer to chutneys. The process of grinding using a mortar pestle is called nooradam. For this purpose, a long wooden pestle called rokali is used. The process of grinding lentils and grains for batters (idli, dosa, vada batters), a big stone pestle is used, which almost fits the mortar. This stone pestle is called potram and this process of grinding is called rubbadam. Nowadays grinders and mixies have taken over and hardly anyone uses mortar pestle for grinding. However, the word noorina is still used to differentiate between noorina pachadi (chutney) and nilliva pachadi (pickles).

Niluva pachadulu (plural) are pickles and these are also called pachadi in some areas but the most commonly used word is thokku. Except my immediate paternal family, all my relatives; both paternal, maternal and in-laws, use the word thokku(lu) for pickles. 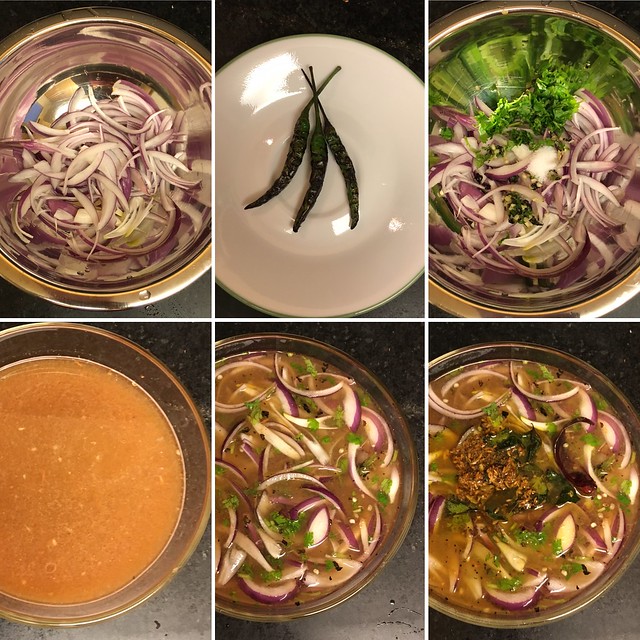 Here is the pappu recipe.