We are in the final stretch of this Cooking Carnival. My theme is Cooking with Protein Rich Ingredients and the ingredient of the week is Shrimp. For the next five days, I shall post recipes with shrimp. 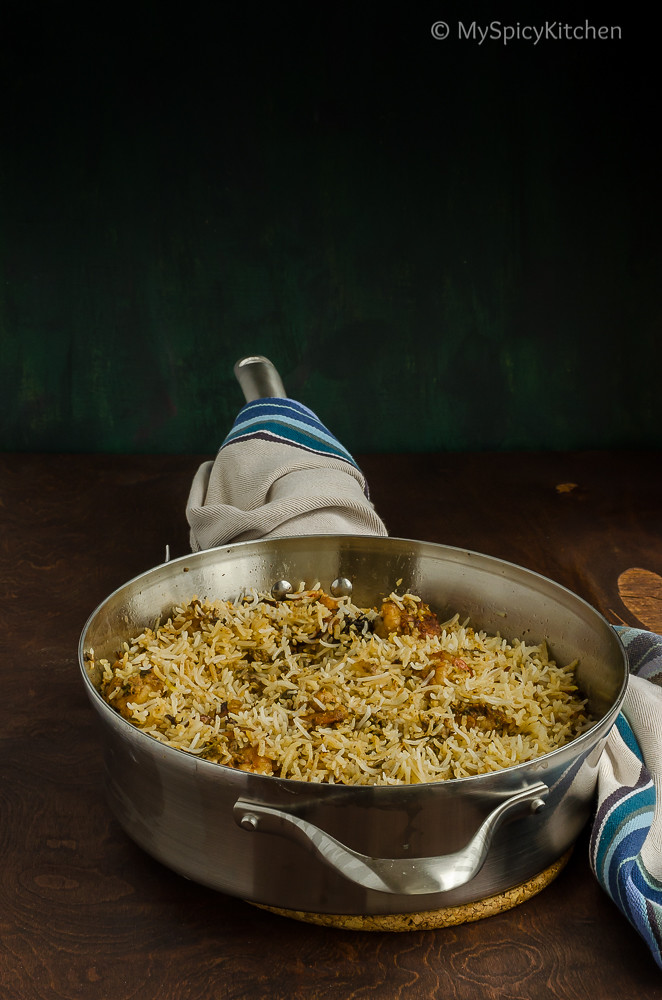 It is so strange how our taste and likes changes over a period of time. When growing up, I always avoided shrimp or prawns. Back home, we get prawns and I always stayed away from it until I was 18-19 years old. And now, it is one of my favorite foods. I always look forward to cooking shrimp and it cooks very fast. That is one of the reasons I always include it in my menu when I have company. 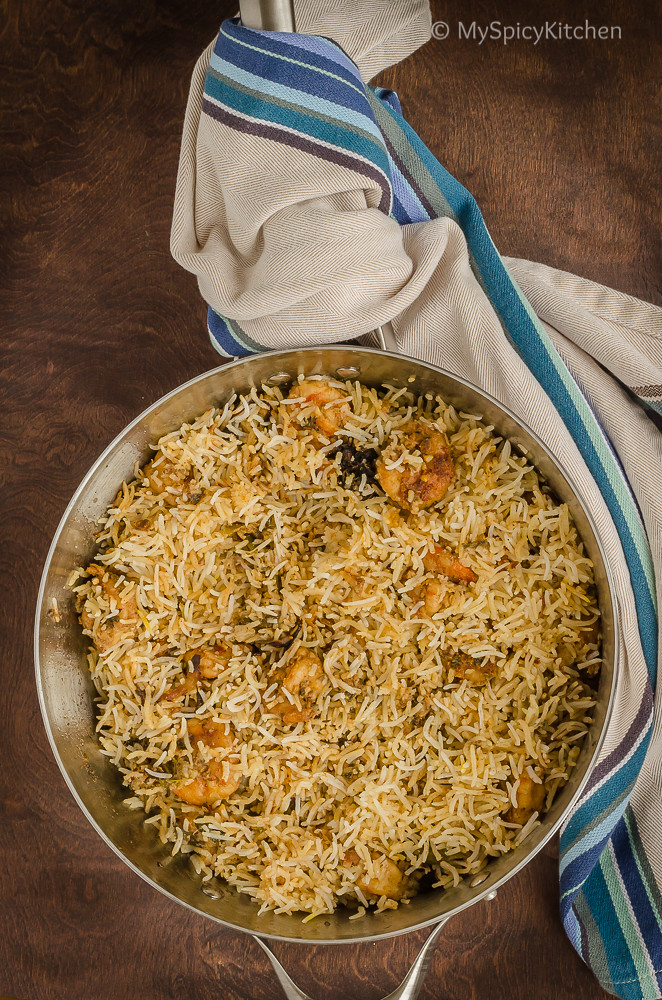 The other food I really love is biriyani and specially layered biriyani. It is time consuming but this is one of the dishes I do not mind sweating myself in the kitchen to prepare a mouthwatering biriyani!! Though biriyani preparation looks lengthy with many components to it, once you make it a few times and with some multi tasking, preparation is not that bad at all. Also, don’t be intimidated by the lengthy procedure. 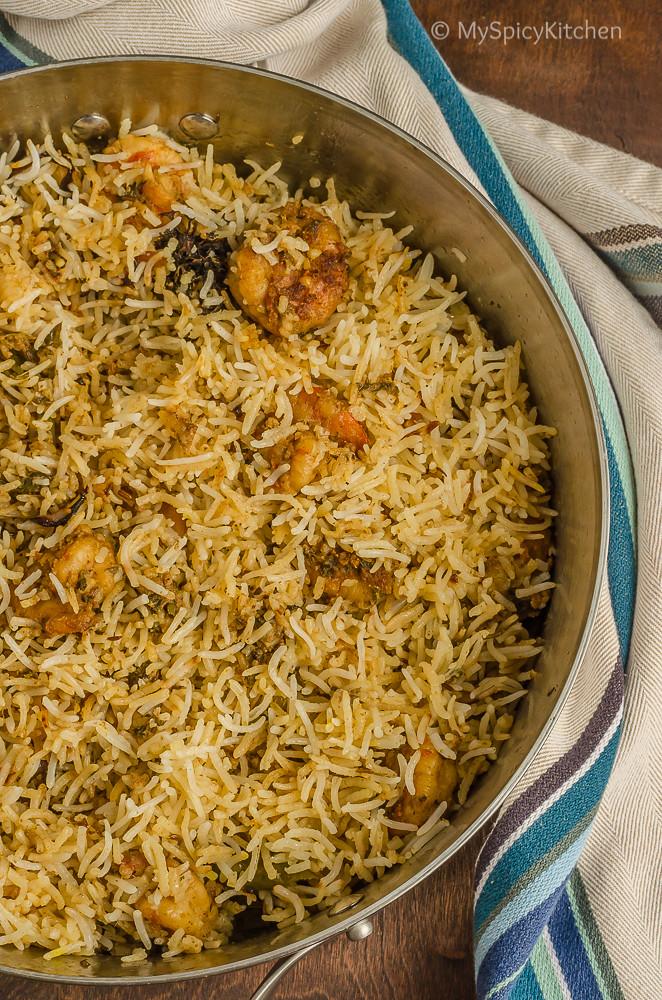 Today I have a pakhi (cooked) biriyani, where meat/shrimp is first cooked, then arranged in layers with almost cooked rice in an airtight pot and cooked to finish it off. 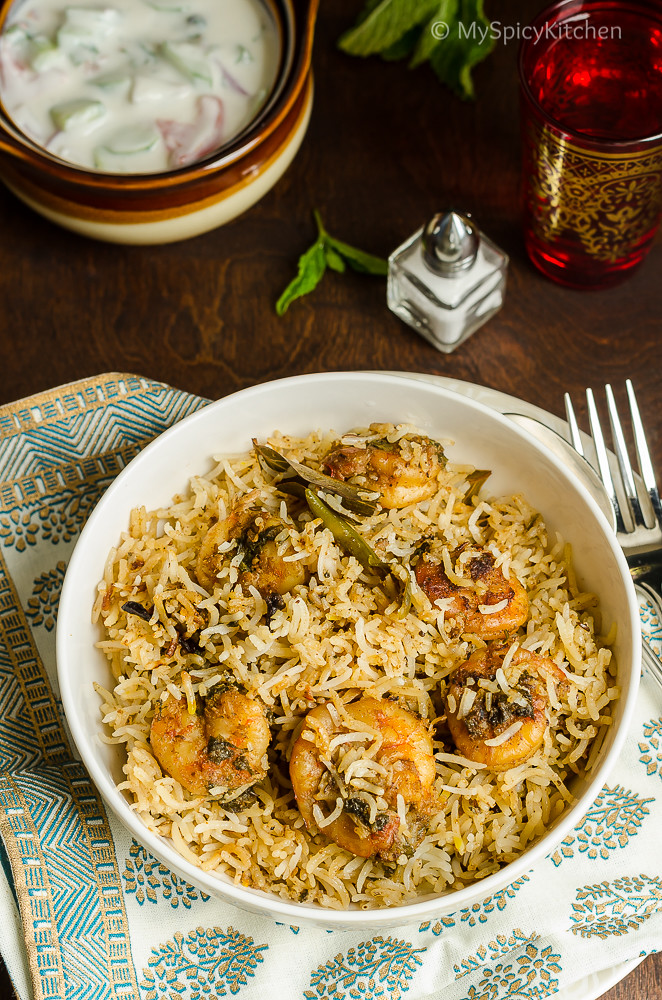 All my non-veg biryanis are similar, I follow a basic recipe. Even this recipe is no exception but I played around with few ingredients. I used both whole and ground green chilies, ground some of the fried onion to paste and used it as a masala for the shrimp. 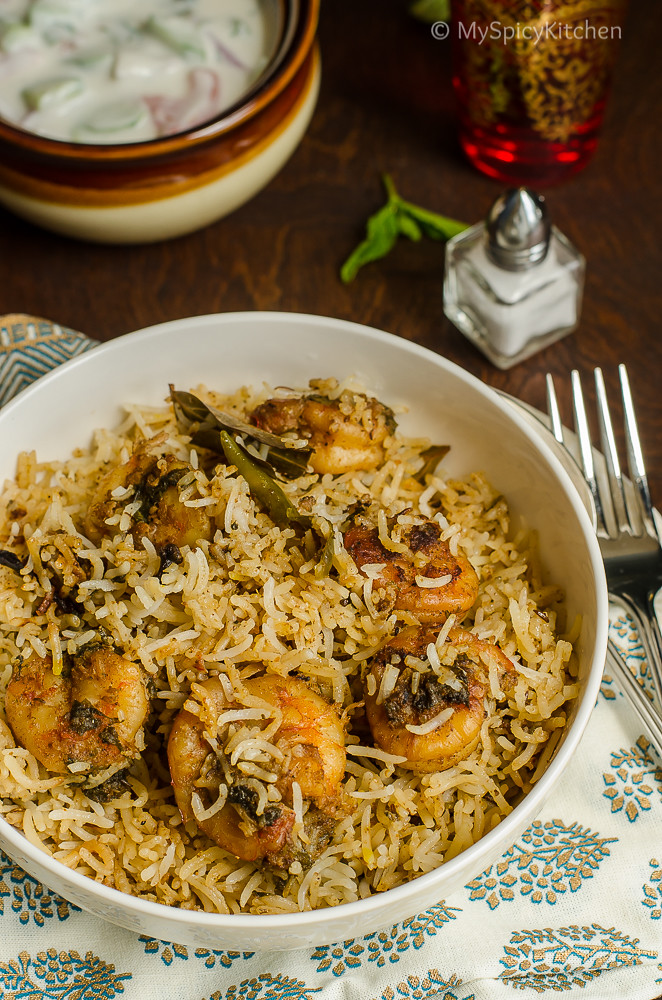 Rest of the recipe is similar to my other biriyanis. Since this is pakhi biriyani, I cooked shrimp and then assembled the biriyani by layering cooked shrimp and rice. I cooked biriyani in an airtight pot on a stovetop. Biryani can be cooked in the oven but I find cooking on stovetop easier. The texture of biriyani depends on how long the rice is cooked. I usually set the timer to partly cook the rice. For this biryani, I cooked for 4 ½ minutes. 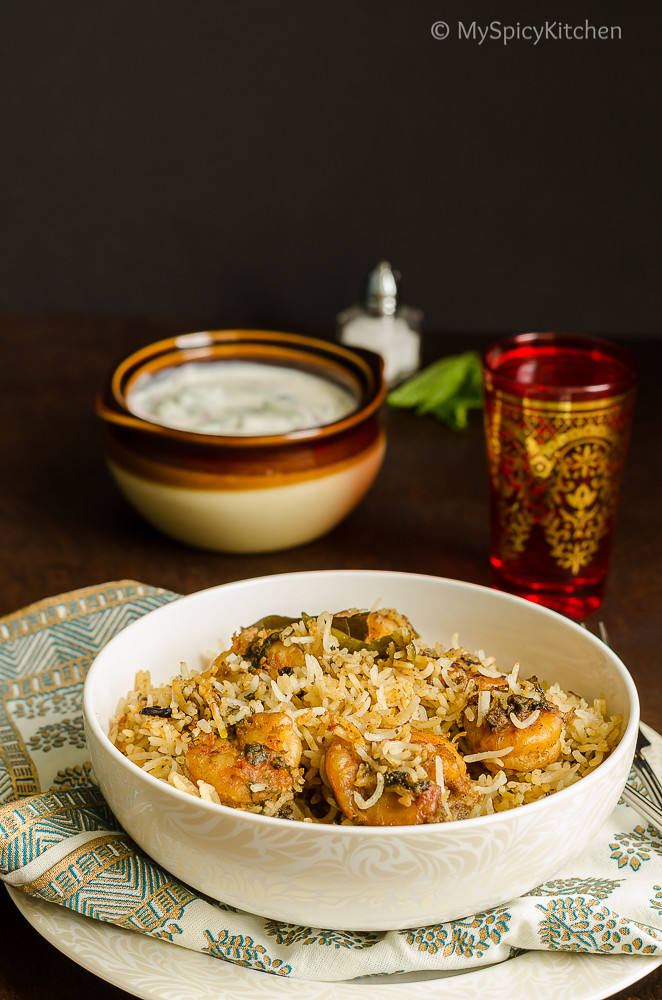 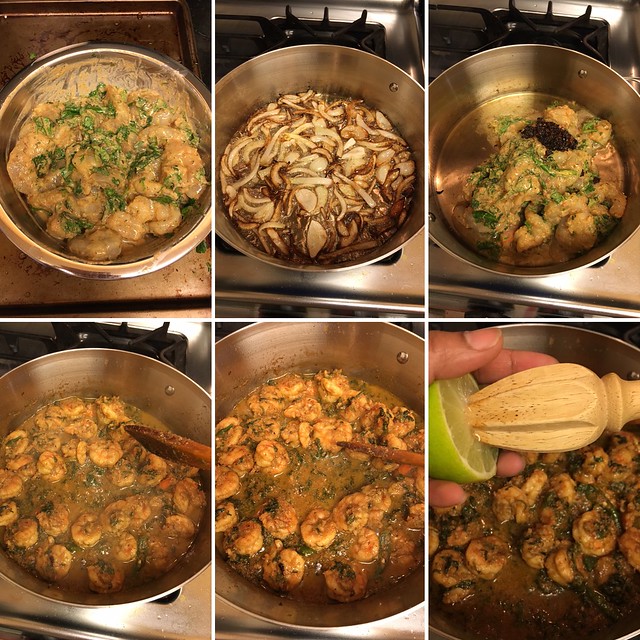 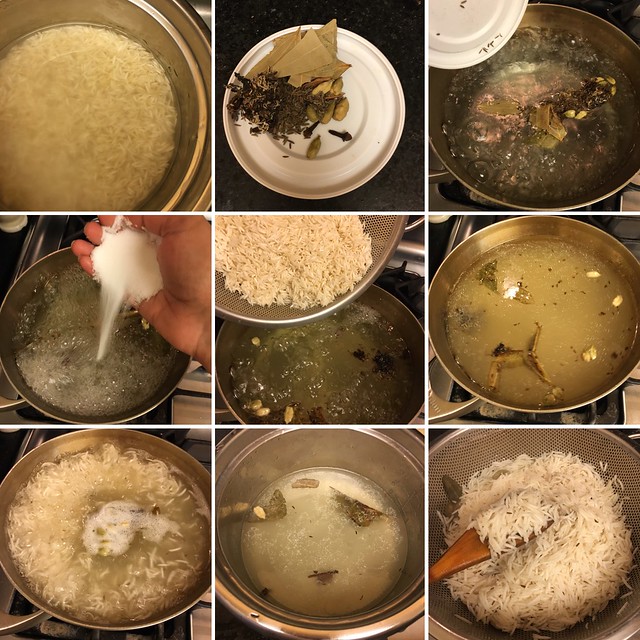 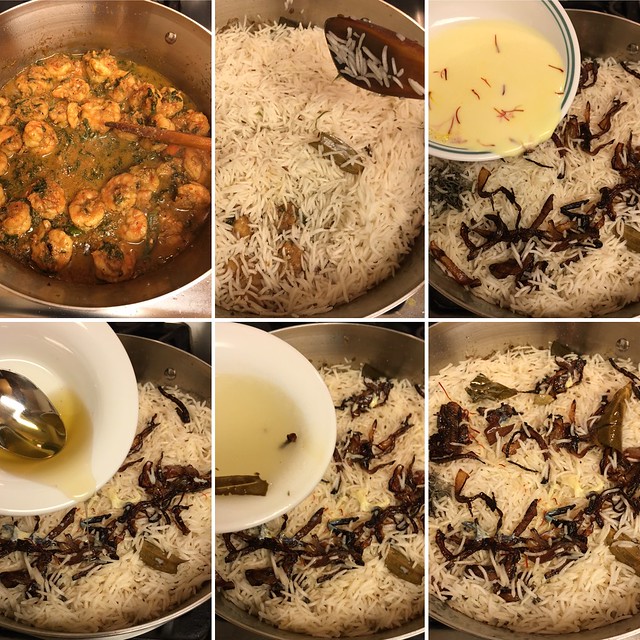 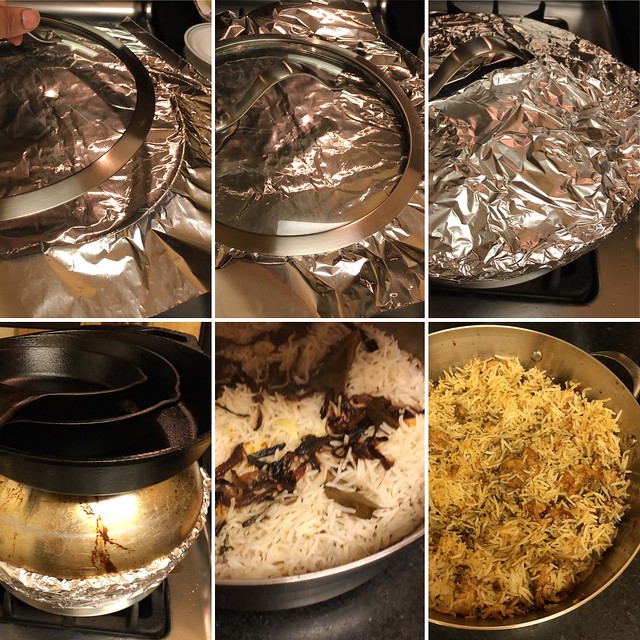