Though the title says barbecue (bbq) shrimp, the shrimp is not cooked on the grill. It is cooked on stove top in butter, garlic, red hot sauce, Worcestershire sauce, lemon juice and creole seasoning. This is an easy and addictive shrimp which is served with some bread. Whole shrimp; with shell and head on is used and is a bit messy to eat. Fingers get dirty but it is finger licking dish!! This is a popular shrimp preparation in New Orleans and when I gave Mr. U two options for shrimp, this is the one he immediately picked. He also said he use to eat this a lot at Pascal’s Manale whenever he visited New Orleans.

Of all the shrimp recipes I made this week for Cooking Carnival, bbq shrimp is the one we liked the most, though I made it a bit salty 😛 The other recipes; biryani, curry and fry are regular at home and this is different from what I usually make. From the pictures I saw online, this shrimp has lot more sauce than I got. I might have simmer the sauce a bit longer and my sauce was dark in color. Color probably could be attributed to cast iron pan I cooked the shrimp in. 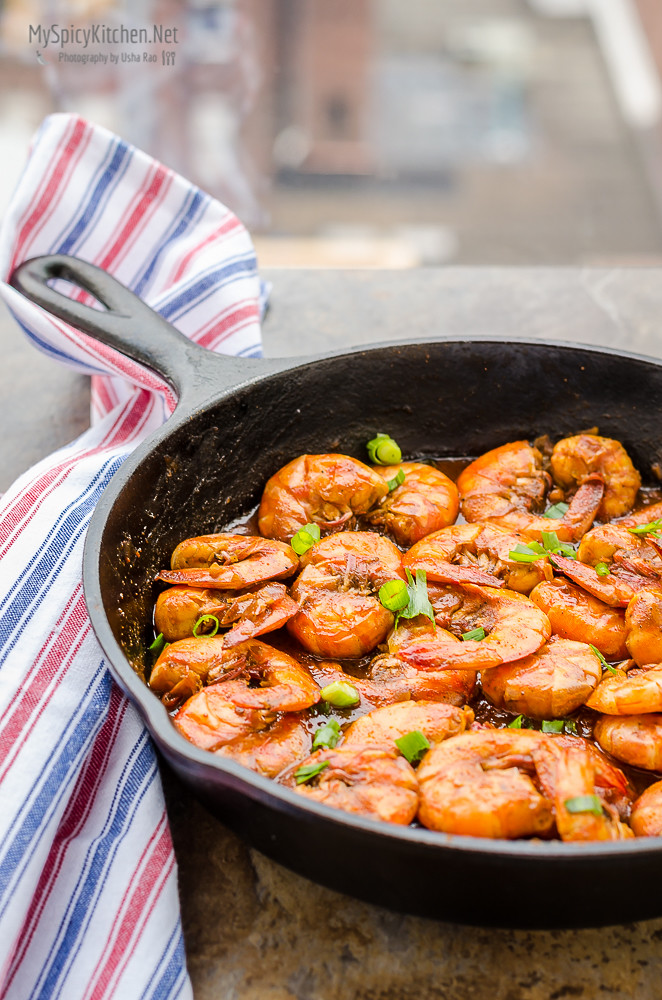 The day I made this, I did not check the weather and planned it such that I could get decent pictures before sunset and suddenly the clouds came in and had to do the best I could in the low lighting. 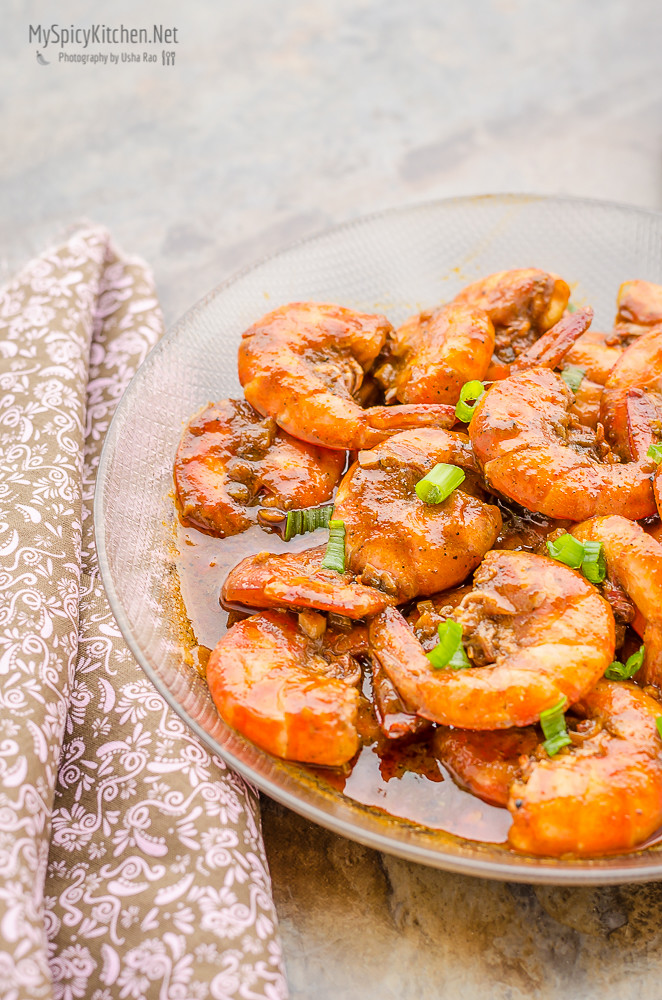