Basundi is a milk based sweet from western India. It is a thick sweetened milk, flavored with cardamom and saffron, garnished with pistachios and almonds. In some versions of basundi, powdered nuts are also used. 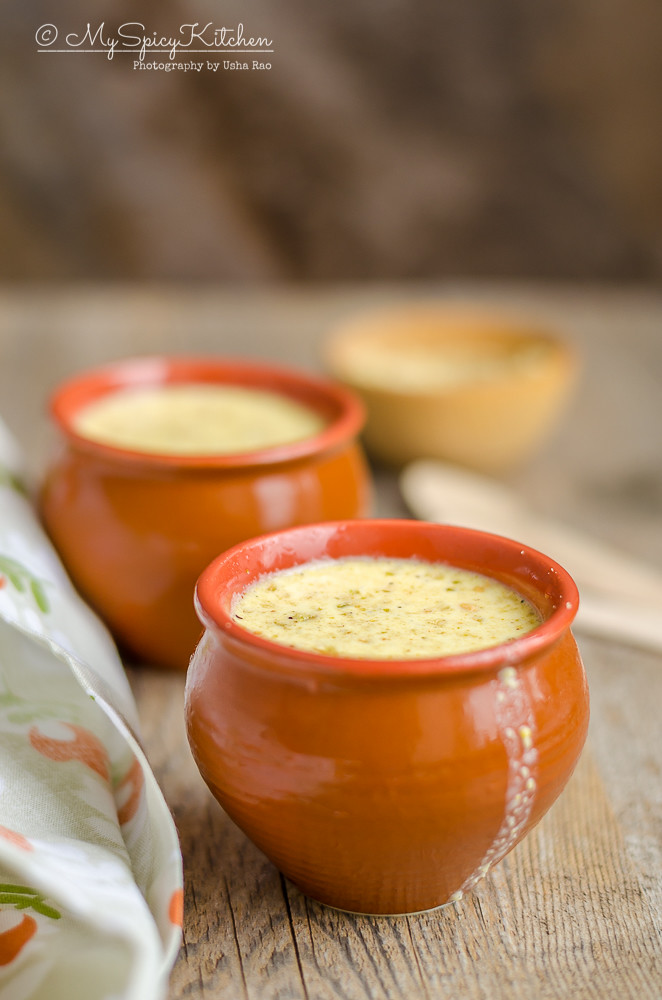 Traditionally to prepare basundi, whole milk is boiled with constant stirring until it reduces to ⅔ or ½ the original quantity. I used half and half, which makes basundi preparation a breeze. It still takes about half hour to prepare it but it is not as tedious as it is if preparing from scratch, with whole milk. 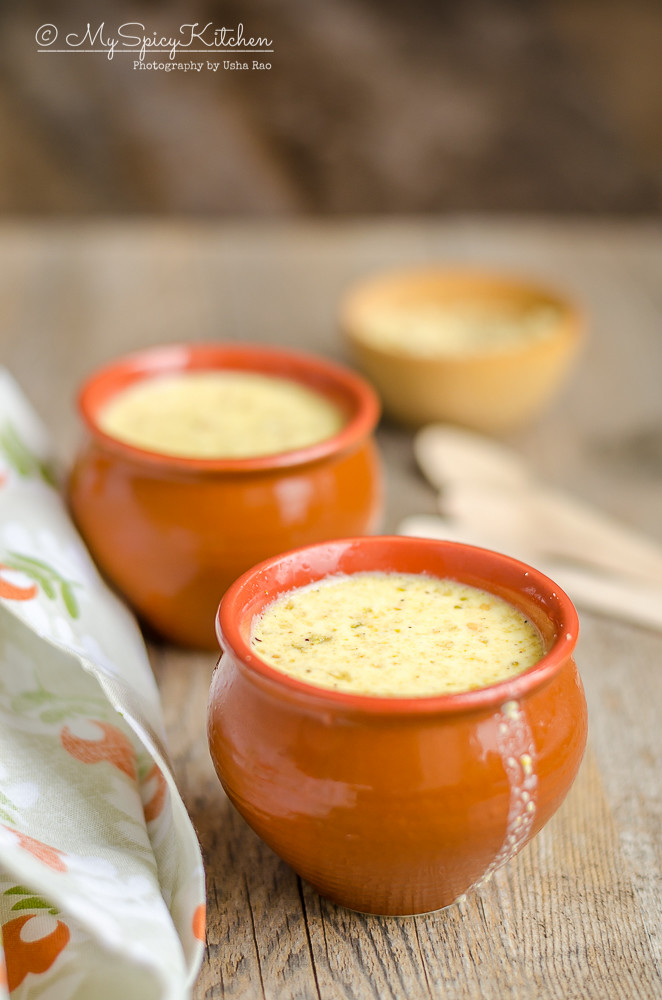 I made basundi for Maharashtrian thali and made it again last week when couple of friends came home for lunch. The first time I made basundi, I used a wider saucepan and basundi was done in less than ½ hour. Last week I used a smaller saucepan and it took almost 40 – 45 minutes. Hence, to speed up the preparation, I recommend a wide saucepan. Bring half and half to boil, reduce the flame to medium low – low, simmer until it reduces a bit, add powdered nuts, sugar, cardamom, saffron and stir constantly until it thickens. Voila, basundi is done! Most of the stirring is in the last 10 minutes and rest of the preparation is hands free, to do other tasks in the kitchen. 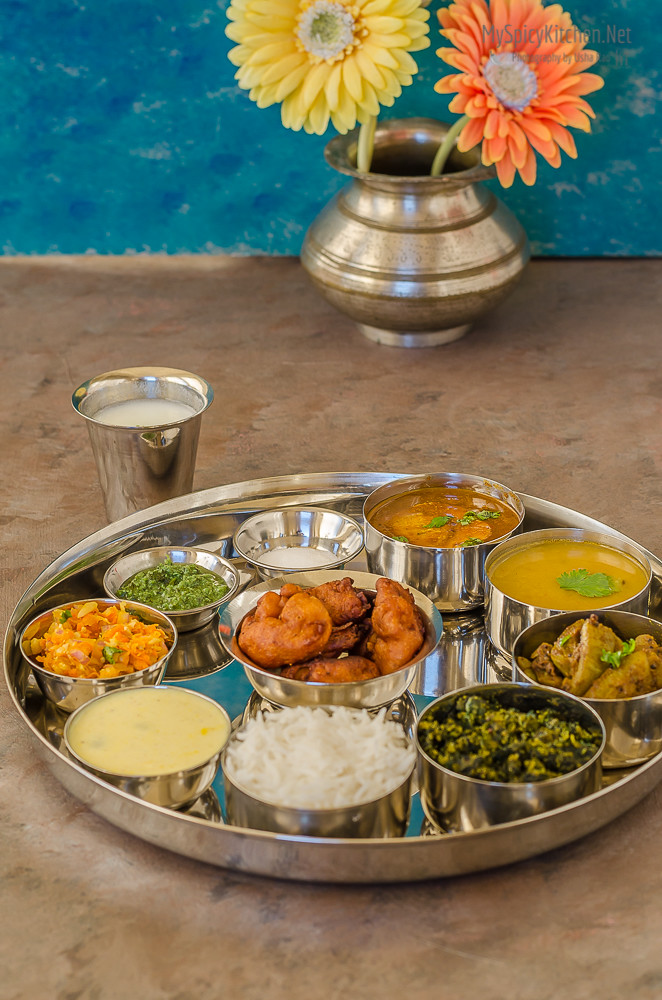