Sabudana vada is a crispy fritter with sabudana, mashed potato and peanuts. Great snack and a fasting food.

Maharashtra is one of the western states of India with a long coastal line. The state borders Gujarat, Madhya Pradesh, Chhattisgarh, Andhra Pradesh, Karnataka, Goa and the Arabian Sea. All these bordering states influence the cuisine of the state.

Bombay/Mumbai is the capital city of the state, largest city in the country and also the financial capital of India. Headquarters of most of the corporation and financial institutions, Indian stock exchange and commodities exchanges are in Mumbai. Mumbai is also home to Indian film industry, Bollywood. Pune, Nagpur and Nashik are the other big cities in the state. Ajanta and Ellora caves near Aurangabad as well as Elephanta Caves near Mumbai are UNESCO World Heritage Sites and famous tourist attractions. State language is Marathi.

I visited Mumbai thrice; the first was a long time ago on a school trip to Mumbai and Goa, the second time was 13 years ago when I visited my cousin on my way back to US and the third was when my father was getting treated in one of the hospitals in Mumbai. The first trip was sightseeing and the second was more of shopping. During all these trips, I never got to explore the food, specially the chowpatty that Mumbai is so famous for. 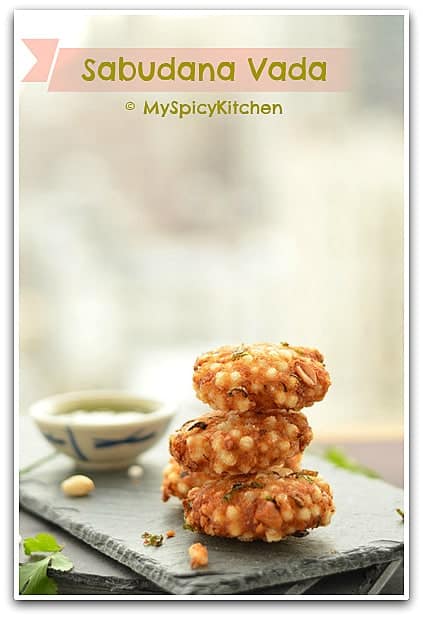 The cuisine of Maharashtra or Marathi cuisine has a range of dishes varying from mild to spicy dishes. Wheat, rice, jowar, bajra, vegetables, lentils and fruits are common in Marathi diet. The masalas (mixture of spices) used extensively in this cuisine is the goda masala or kala masala. Typical Maharashtrian thali consists of a chutney, koshimbir, bhaaji, rassa, amti, rice and poli (roti).

Bhaaji is a vegetable side dish made with a vegetable or combination of vegetables using goda masala and is a dry curry. Rassa is stew like in consistency and is a gravy curry. Varan is plain dal and amti is dal flavored with goda masala or amti masala, tamarind and jaggery. Koshimbir is a salad.

This cuisine also has non-veg dishes prepared with chicken, mutton and seafood. Some of the popular food from the state are puran poli, ukdiche modak, masala bhat, wada pav, batata wada, pav bhaji, missal pav, thalipeeth, sadudana khichdi, sabudana vada, shikhand, basundi and the list goes on and on. 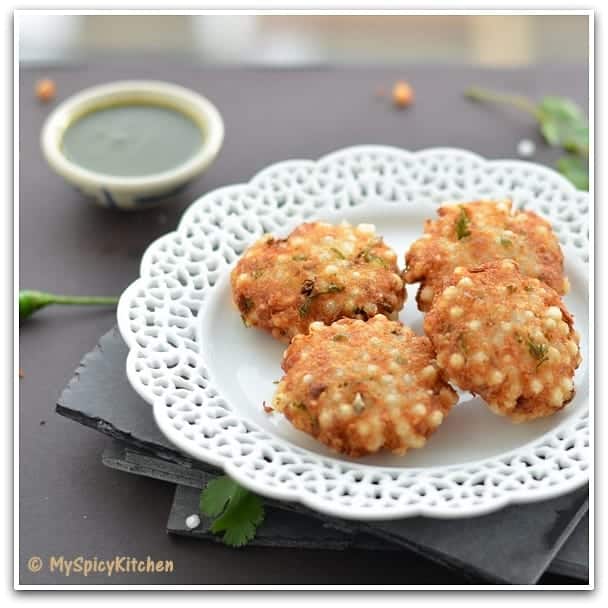 The first dish I noted down to cook for this state is sabudana khichdi that I made while back when Padma posted the recipe. Back then, it was a new dish for me and we liked it a lot. Since I already tried this recipe, I wanted to try something new and made a quick & easy shrikhand.

Shrikhand is a sweetened and flavored thick yogurt. Greek yogurt is a good substitute for homemade thick yogurt, which I used and felt adding fruits to shrikhand would have tasted even better. Husband though it was average. I did not take any pictures and after his feedback, I did not bother and ate the leftovesr for breakfast with some fruits. It is an Indian version of parfait. That night husband asked if there was any dessert, yesterday’s leftover sweet yogurt? Then I thought to myself, if he asked for it the next day, it is worth putting up on the blog. May be next time.

I also made basundi and put my slow cooker to use. The milk simmered from morning to evening and after almost 10 hours, it was ready just before dinner. We liked it and thought of taking picture the next day. The next day I got lazy and did not take pictures and licked the basundi bowls clean! Hey, don’t give me that look! I have a sweet tooth! Since this preparation did not require much of my attention, I thought I can always make it, again. And this was the first preparation in the slow cooker that we really liked!

I continued to look for other recipes and then sabudana vada caught my attention. The ingredients that go into this preparation are similar to sabudana khichdi and thought of giving it try. I read a lot about how the quality of the sabudana is the key to this preparation and kept my fingers crossed. Also, it should be soaked in right amount of water for the right amount of time. It was my lucky day and it turned out perfect.

That day I had planned noodles for dinner and thought of preparing it only after U got home. By the time he got home, I was still in middle of my photo shoot and since it was going to take some time, I offered him the vada. He refused and said he would wait for noodles, no matter how long it took for to wrap up my photo shoot. I left the plate in front of him and got back to my clicking. Few minutes later form the living room,

He: this is good! What is it?
I did not reply.
He: what filling is it?
I: there is no filling in it.
He: whatever it is, it is pretty good. I like it.
I was doing a happy dance in the other room. 🙂

The vada were crisp on the outside and soft in the inside and were just perfect. I never tasted these vada before and do not know how it is supposed to be. We loved how it turned out. 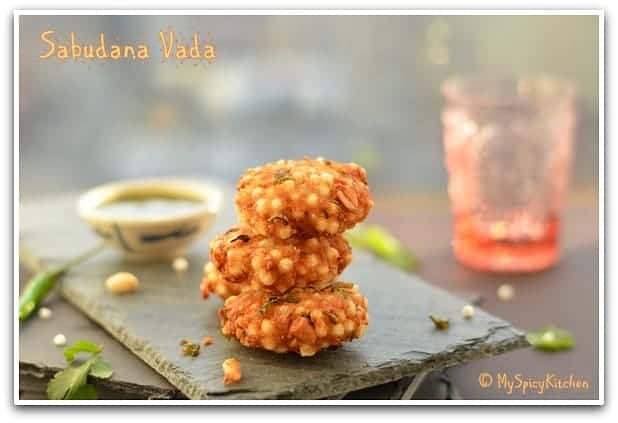 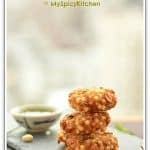 Tomorrow we will be traveling from the wast coast, all the way across the country to the northeast, for the next 4 days.