Next combo for this week is an appetizer from Lebanon; baba ganoush with pita chips. Baba ganoush is an eggplant dip prepared with tahini. Pulp of roasted eggplant is blended with tahini and seasoned to taste. 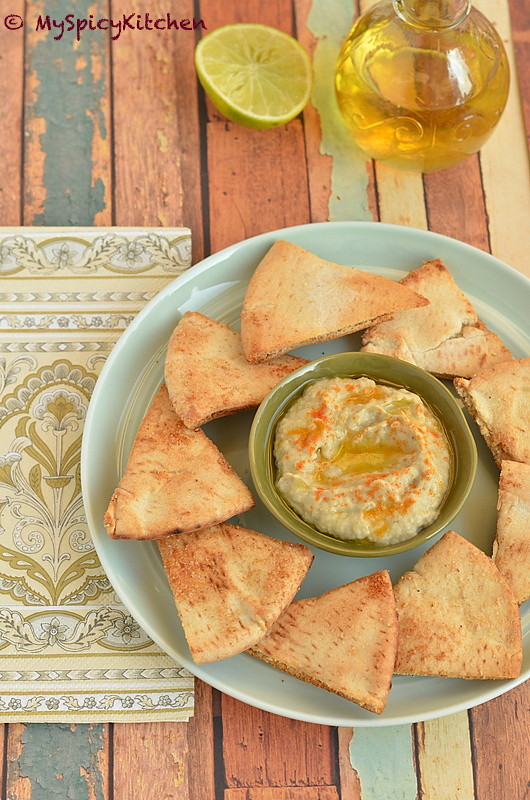 Baba ganoush is also popular in Israel, Jordan, Syria, Palestine and Armenia. A variation of the dish is also found in other middle eastern nations. 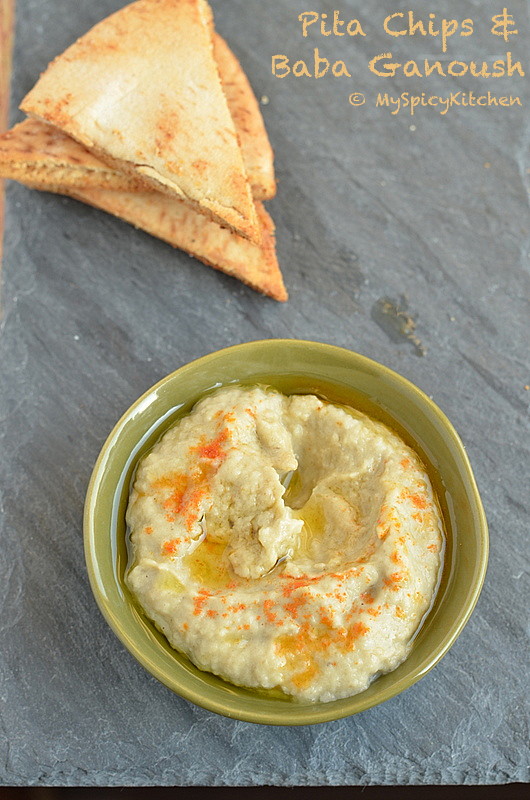 There are many versions of Lebanese baba ganoush online and most of the recipes called for eggplant, tahini, cloves, salt & lime juice. Using all those online recipes as a guide, I made the dip to my palate. 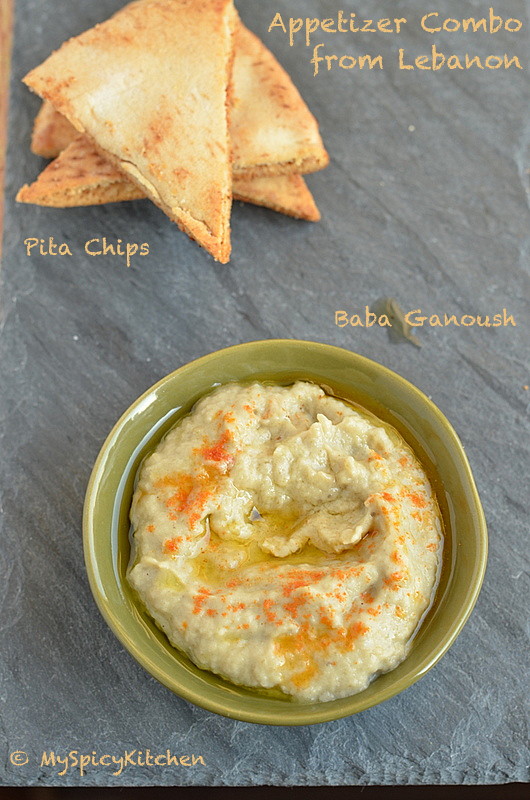 Eggplant can be roasted in the oven, on the grill or on direct fire on the stovetop. Though it takes longer to roast in the oven, this way one need not keep an eye on it and can carry on with other work. Roasting eggplant in the oven is time consuming but if making a large batch, it is very convenient. 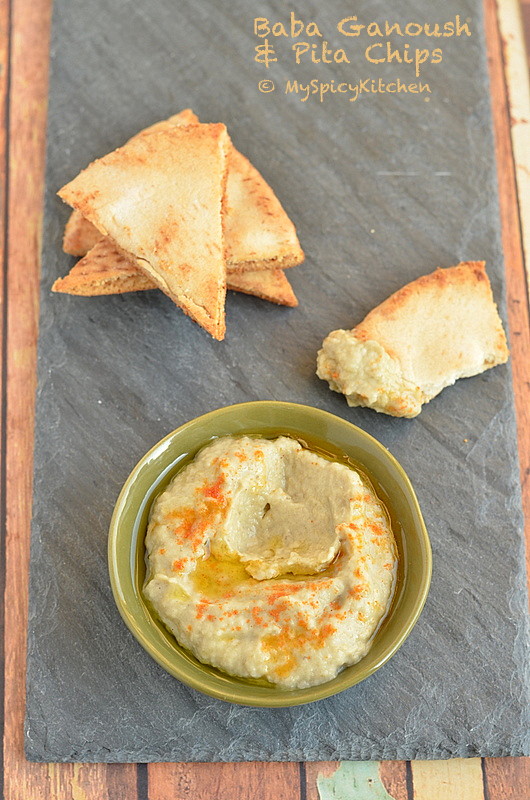 Once the eggplant is roasted, the skin is peeled, seeds removed and the pulp is mixed with tahini and seasoned to taste. I sprinkled some paprika for garnish. 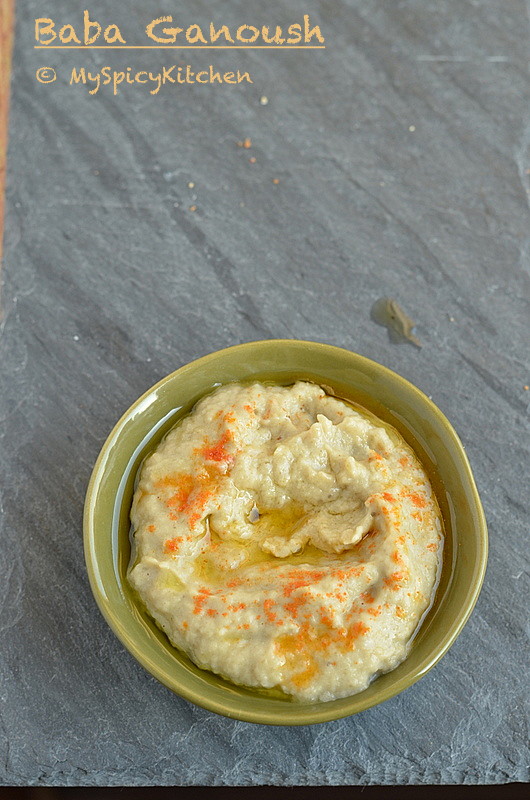 Gosh, you must be tired seeing so many pictures of baba ganoush & pita chips! What can I say, there days when I have so much to write and very few pictures to share like yesterday, and then there are posts like today where I do not have much to say but way too many pictures than the post requires. If you are not bored and still have patience, lets move on to the recipe. 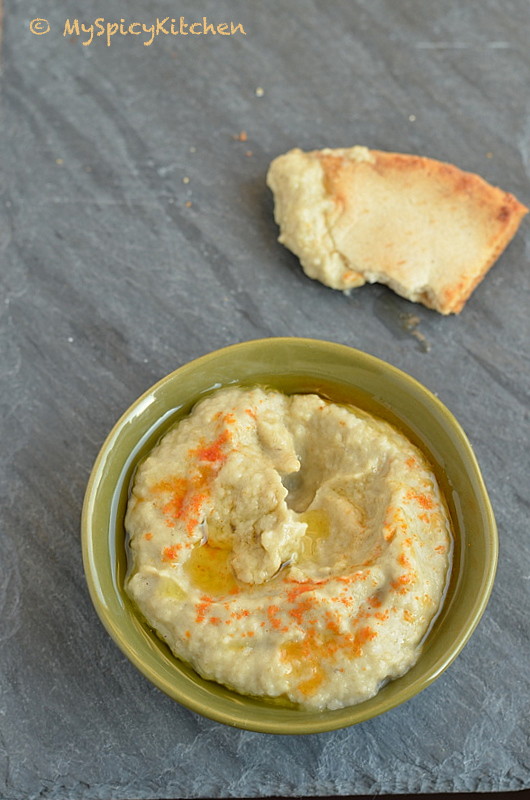 This day in 2014: Danish Egg Salad with Mustard Sprouts